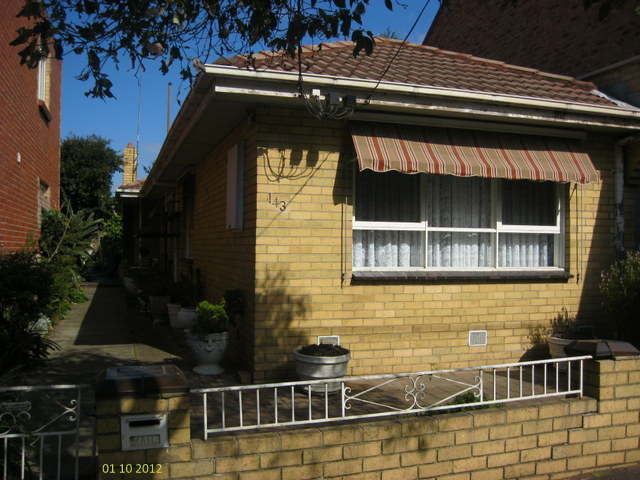 Agent Frank Gordon’s pitch for the property was that ‘Once in a while, a superb allotment becomes available in one of Port Melbourne’s best positions, fronting Station Street’s picturesque parkland, city light rail, bike path, and just a stroll to Bay Street’s cafes and the sandy beachfront’. The property has frontages to Station and Prince Streets.

A planning application to demolish the existing dwelling and construct two, three-storey dwellings was refused on 29 11 2013 and is now at appeal to VCAT.