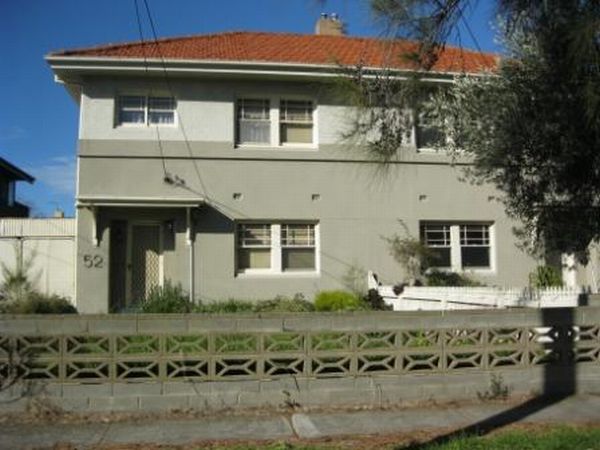 52 Crichton Avenue was the home of former Port Melbourne Historical and Preservation Society member, Ann Smallpage. Ann moved to Crichton Ave from Warnambool as a child when the Bank Houses were still under construction. Her father was a driver with COR – the Commonwealth Oil Refinery.

Ann was a photographer and chronicler of events as well as having a photographic memory. Her detailed recall of events and places has informed the recording of Garden City and Port Melbourne’s history during the 20th Century.

Now 52 Crichton Ave has been the subject of a VCAT decision relevant to many planning applications for bank houses. Residents often argue that the ‘garden’ or backyard is a fundamental attribute of the character of ‘Garden City’ and should be protected from undue encroachment from extensions. A summary of the VCAT decision says:

‘The focus of the objectors case was on the development’s interface with neighbouring back yards; they sought to argue that the additions are too large, bulky, would be visually imposing and would diminish the sense of spaciousness of the backyard realm, thus affecting an established feature of the neighbourhood.’

The VCAT member did not support this view, instead reinforcing the objective in state planning policy of

‘protecting the streetscape appearance of dwellings – an outcome that involves directing new development to the rear. As a consequence, the backyard character of this area is not static.’