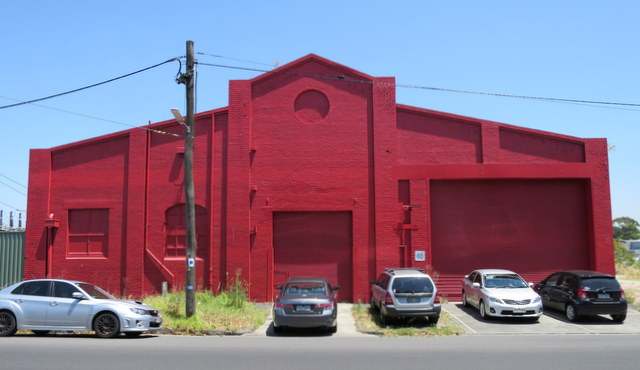 Minister Wynne issued a permit for the site in May last year.

According to Pallisco, McNee acquired the  site in 2013 for $10.1m from the Kennard family.

The site has been for sale since September last year.

The site at 60-82 Johnson St is for sale. Bought for $10m in September 2013, it is believed that the asking price will be $60m, according to The Financial Review.

When this warehouse thrust itself on my attention, I didn’t realise that it was part of 60-82 Johnson Street – one of three developments approved by Minister Wynne on Friday 22 May. The development includes 1276 apartments built across four towers at from 21 to 46 levels.

Johnson Street is currently a quiet and handy link in the bike route from Port to Docklands and the world of the north beyond.

The planning application was first submitted back in 2013 and was assessed according to the Strategic Framework Plan approved by Matthew Guy, planning minister in the Napthine government.

Minister Wynne was at pains to emphasise that none of the single bedroom apartments was less than 40 m2 and none relied on borrowed light.

The planning report notes that Johnson Street is wide enough to support a Copenhagen style bicycle lane – but it is unclear whether that is a condition of the development.

Urban Melbourne helpfully provide all the facts and figures about this development – bike and car parking, apartments