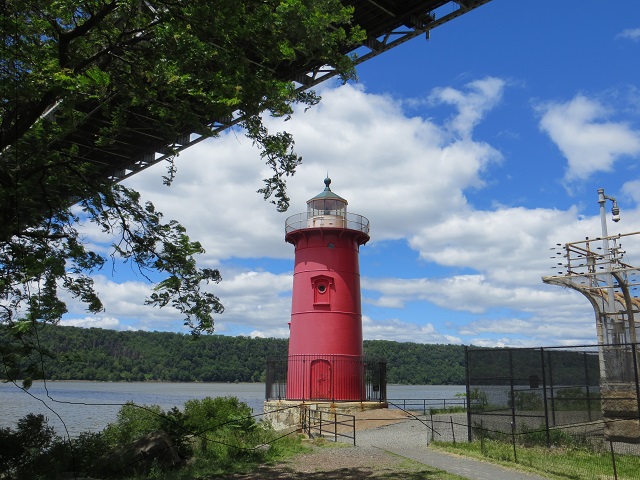 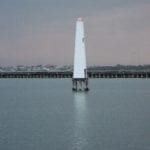 Port Melbourne’s beacons are a recurrent feature of Port Places – especially the seaward one – for the way it catches the light in different seasons and at different times of day. Located midway between Station and Princes Pier, they are at once plain and powerful. The sightline between the beacons defines the centre of the Beacon Cove estate and the beacons give meaning, context and continuity to Port Melbourne.

The story of the lighthouse was popularised in a children’s book The Little Red Lighthouse and the Great Gray Bridge by Hildegard H Swift in 1942.

In a conversation with the Bridge, the Little Red Lighthouse plaintively said

A successful campaign was mounted to have the lighthouse preserved in its home under the bridge.

The modest and the massive co-exist.

This information is taken from the interpretative panels at the site