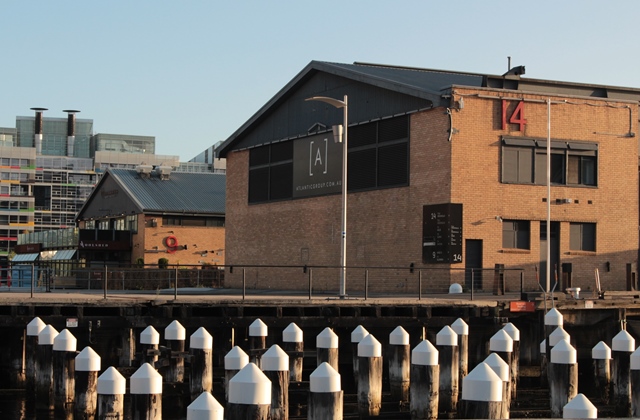 The abrupt closure of Central Pier in August last year, confirmed in early January, has implications beyond the distress to affected businesses and their staff. Development Victoria, the owner of the Pier, insists that the closure is necessary for public safety.

Central Pier, built in 1916, was one of the later structures to be built at Victoria Dock. It was rebuilt between 1946 and 1950. Sheds 9 and 14, in which the businesses were located, are all that remain of the six original berth sheds. The southern end of the Pier was truncated in 2005 because it was so decayed.

Princes Pier in Port Melbourne was constructed in the same decade as Central Pier. By the 1980s it had deteriorated significantly, helped along by vandalism and fires. The design and layout of Beacon Cove cut off access to the Pier, reducing the options for its future use. The Pier clung on while all about it was made anew until the frequent complaints of ‘eyesore’ and ‘something has to be done’ became irresistible.

The cost to refurbish the whole pier was prohibitive – estimated to be $60m – so it was decided to remove the decking from the seaward side of the Gatehouse and to restore the piles and decking on the landward side. The restoration of Princes Pier cost $14m and some – a lot for a fishing and photography platform that comes to life a few times a year.

Every strategy and plan ever written for Docklands has the celebration of its maritime heritage as a major theme. In its heyday, Victoria Dock was the second largest harbour in the world – audacious in conception and execution. 3,000,000 cubic yards of spoil was removed with rudimentary equipment to create it. In recognition of its scale and scope Victoria Dock, including sheds 9 and 14, is listed on the Victorian Heritage Register.

J.B.O. Hosking has recently come to (belated) public attention for his prolific photographic documentation of various port engineering projects during his tenure as chief engineer of the Melbourne Harbor Trust. A selection from his 1600 photographs is currently on display at Library at the Dock.

Hosking puts his engineering pen to paper in an article in the Port of Melbourne Quarterly in 1948 to explain the challenges of rebuilding Victoria Dock while maintaining port operations. Solid clay was not encountered until depths of 80′ below low water was attained, he writes. Trees of that height were hard to come by so a method of splicing together the old turpentine piles with other timber was trialled to achieve the length necessary to secure those piles in the silty depths.

Now it is time to confront the fact that Central Pier needs rebuilding again.

The closure of Central Pier has taken away more than the livelihoods of those employed on the Pier – it’s taken the life out of that part of Docklands. Fencing and security guards at this focal point on the Harbour Esplanade are not welcoming. It feeds into the Docklands story of being a wind swept, desolate place. Port Phillip Ferries create a presence but only at certain times during the day. It’s a long way between drinks of any kind between NAB on Collins St to New Quay. The oversize venues worked well for large functions complementary to the Stadium and to football. The Cow Up a Tree seems to aptly sum up the state of affairs.

The Stadium was built early in the development of Docklands with the explicit intention of bringing people into the area. While its connections to the City and Southern Cross Station are strong, the connections to the water are poor. The Stadium remains aloof from the water even though there are great views from the upper levels. The potential that could be realised by strengthening those connections between Stadium and waterfront is well recognised.

The Harbour Esplanade Masterplan (2015) imagined heritage as the ‘heart’ of the area. However, the Masterplan proposal to re-instate the oldest heritage cargo sheds that flanked the entrance to Central Pier was not popular with Docklanders.

Many people say that they want to keep the Harbour Esplanade open to views of the water and Bolte Bridge. But views alone are not enough to sustain public places. They don’t encourage people to linger – the hallmark of successful public spaces.

Nearby South Wharf is thriving – the refurbished cargo sheds are packed with people in closely packed hospitality venues. Success breeds success. Opposite at North Wharf, the first step has been taken towards the refurbishment of Shed No 5 as part of the new Seafarers development. When completed it will be attractive as the latest venue on the water.

The Harbour Esplanade Masterplan, consulted on and adopted, offers a great vision for the area but has not been supported by the budget to realise it. The cost to restore Central Pier will be huge if Princes Pier is any guide. Replacing and protecting piles, as the Princes Pier restoration showed, is labour intensive and laborious work that can only be carried out from the water. Any development to recoup expenditure on Central Pier would be unpopular to the point of unpalatable, suggesting that the Pier works would have to compete with other projects for government funding.

The Waterfront Place precinct around Station Pier languishes to the exasperated frustration of Port Melbourne locals with a succession of plans unfunded. The piles under Station Pier require ongoing maintenance, renewal and attention. The new Spirit of Tasmania vessels will require updated berthing facilities. In neighbouring St Kilda, tenders have been called to bring the $50m St Kilda Pier redevelopment one step closer.

There has been a reassertion of interest in seeing Melbourne’s maritime history ‘celebrated, preserved and sustained’ through the recently formed Melbourne Maritime Heritage Network.

It is one thing to celebrate Melbourne’s maritime heritage but how are we going to fund its preservation?

Time and Tide An exhibition of photographs by J.B.O. Hosking at Library at the Dock