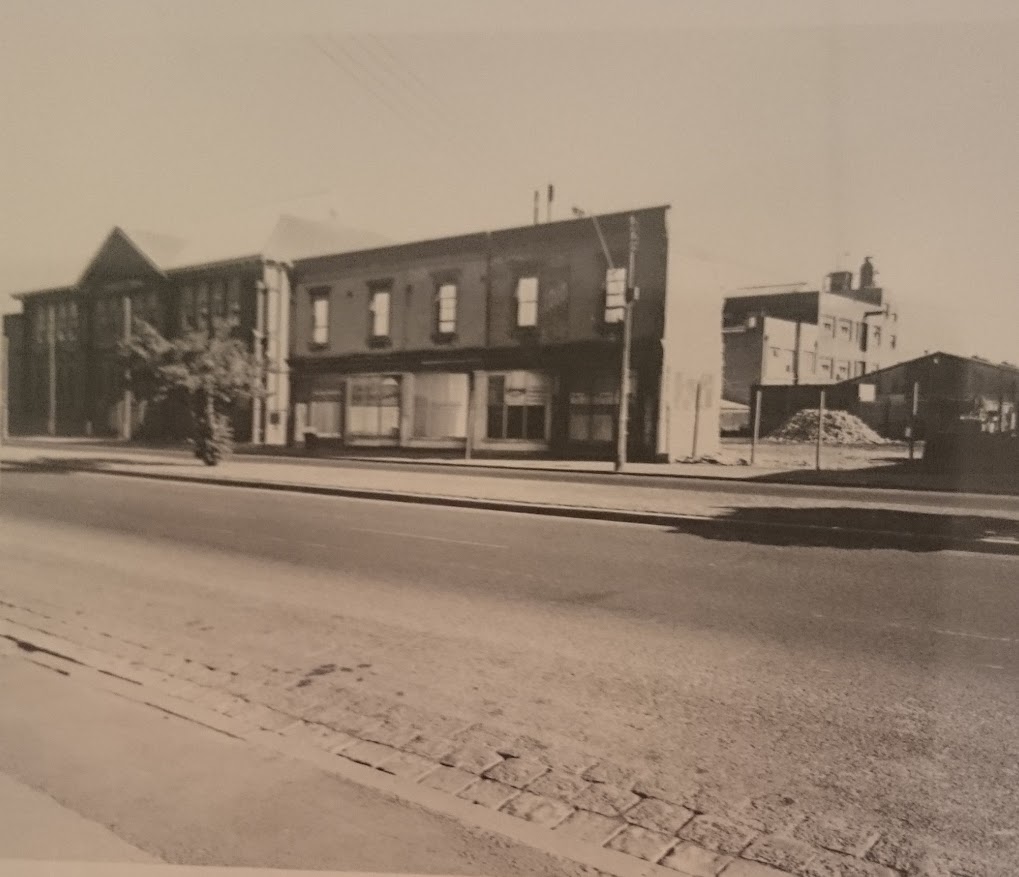 I first saw Senbergs work at the Port Melbourne Town Hall where it forms part of the City of Port Phillip’s art collection.

Senbergs came to Melbourne from Latvia as a boy with his widowed mother in 1950 – part of the great post-war migration through Port Melbourne’s piers.

Many years later, from 1977, Senbergs had a studio in Bay St, Port Melbourne. A photograph in the exhibition shows the terrace in which he had his studio being demolished. It looks like a set in a play. In the background are the chimneys and factory buildings of Port.

from Jan Senbergs: Observation-Imagination at the National Gallery of Victoria

The Port Liardet limner comes from that time.  Senbergs observed the decaying industrial landscape of Port Melbourne in those years. The works are so recognisably Port – the scale of the ship, the cranes like giant robotic giraffes, the river of traffic and the strong curve of the Westgate Bridge.

A limner refers to early American artists who went from place to place, farm to farm, earning a meagre living from painting portraits of farmers and their livestock.

W.F.E. Liardet, Port Melbourne pioneer, observed the early days of the Victorian colony from the vantage point of an older man looking back and constructing documentary like paintings from memory.

In the late ‘70s and through the ‘80s Port Melbourne was thick with artists and creative industries attracted by the low rents and large spaces. A number of film and television related industries clustered around Nott and Rouse St including Nadia Tass and David Parker’s Melbourne Film Studios and Karl Slotboom’s Illusions. Both sites have since become apartments, their presence in Port Melbourne just a vague memory. The projects they created live on – Malcolm, The Man from Snowy River and the commercials of the peak TV age.

When Port Melbourne’s transition to residential development became inexorable, much of that creative activity shifted to Montague and Fishermans Bend. These sites in turn are giving way to apartment development. The most recent example is Complete Post which has put its site in Thistelthwaite St on the market for an 18 level apartment building. Complete Post worked on Ned Kelly and Australia among a huge portfolio of work.

Argyle Studios nested  like birds in the decaying former Rootes building in Salmon Street for many years between the closure of the factory and its sale and planned redevelopment.

There is greater recognition now of the contribution creative industries make to the local and wider economy. Research commissioned by the City of Port Phillip found that  ‘in 2013, the  creative industry sector employed over 27,000 people (directly and indirectly) and added an estimated $3.6 billion in value to the local economy.’

The phrase creative industries is threaded through the recently released recast vision for Fishermans Bend which imagines their continued and strong presence. It remains to be seen how that can be achieved when one of the most fundamental preconditions – large flexible sites with low rents – has vanished with the huge uplift in property values.

Senbergs most recent work engages with cities. His aerial map like paintings are exuberant and energetic. Robert Nelson expresses this quality in his review of the exhibition ‘the whole topography tosses itself into the sky, as their urban jumble becomes airborne from automotive pressure.’