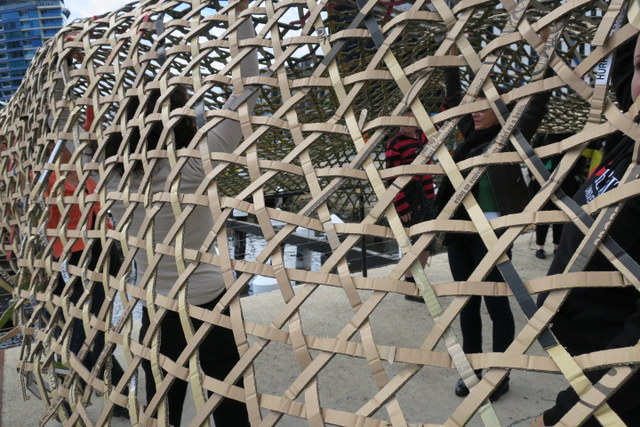 Princes Pier is settling back into its everyday multiculturalism after the Piers Festival celebrations. The Pier makes room for everyone but it gets a bit competitive at the Pier’s edge. 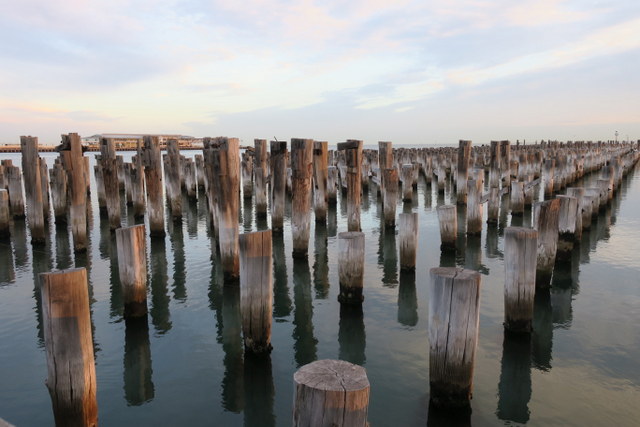 Some of the 5,000 former trees that make up Princes Pier

Photographers and fishers are gathered at the end of the Pier as the sun goes down. They know patience. They know how to wait. I don’t, so I look at the interpretative panel that tells that 5,000 timber piles supported this Pier. Those closest to the shore were 24′ (7m) and those at the outer edge were 70′ (21m)

Each one of those piles was a Turpentine tree Syncarpia glomulifera, harvested in New South Wales and shipped here – a complex forest re-ordered in rows. Hard to imagine the work involved in harvesting, transporting and placing those piles in deep water. The species was chosen because of its resistance to marine borers.

In her arts practice, Annee Miron usually takes a cue from nature but when she was working at Docklands she couldn’t find that signal at first. Then she realised there was a forest in the water – all the timber piles along Docklands Harbour Esplanade. She set out to understand the story of that timber and respond to it with a public artwork. She learned that when Victoria Harbour was being built in the 1890s, the durability of Australian timbers in water had not yet been proven. Trees were sourced from East Gippsland and tested for their ability to withstand the salt water.

Annee wove a representation of a forest canopy out of cardboard strips. Each strip of cardboard was painted in the colour of the leaves of the various eucalypts harvested from the East Gippsland forests all those years ago. She chose cardboard because so many of the products we use come in cardboard boxes.

As part of Confluence site art at Docklands, she invited some participants to stand like trees while others moved the canopy like wind moving through it.

Research into the properties and applications of Australian timbers continued at CSIRO’s Forest Products Division where the Casino at Southbank is today. A purpose built research facility was built on Yarra Bank Road in 1937 and used until 1983 when the division moved to Clayton.

This was only one part of the extensive presence of the CSIRO in South Melbourne and Fishermans Bend. 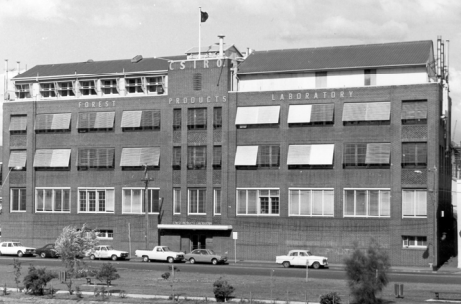 It was 29 degrees in April, following the hottest March on record, and the CSIRO chief Larry Marshall has announced severe cuts to CSIRO’s climate capability. 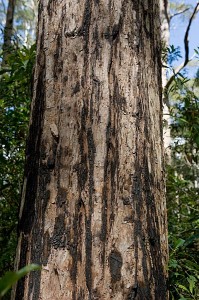