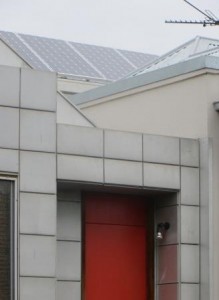 By the end of June 2013, 96 of those were installed in Port Melbourne, generating 225.752 kw, according to a report by postcode on the Clean Energy Regulator’s website.

That doesn’t seem very many or very much for a population of 14,508. Port Melbourne has 8,056 dwellings of which 10% are separate house dwellings (2011 census) This suggests we could be doing more in Port to increase the uptake of solar panels.

By way of contrast, the great infographics on the Commission’s website highlight that Werribee has the highest uptake of solar hot water systems of any postcode.

There are some fantastic resources to assist – suggest the Clean Energy Council as one.