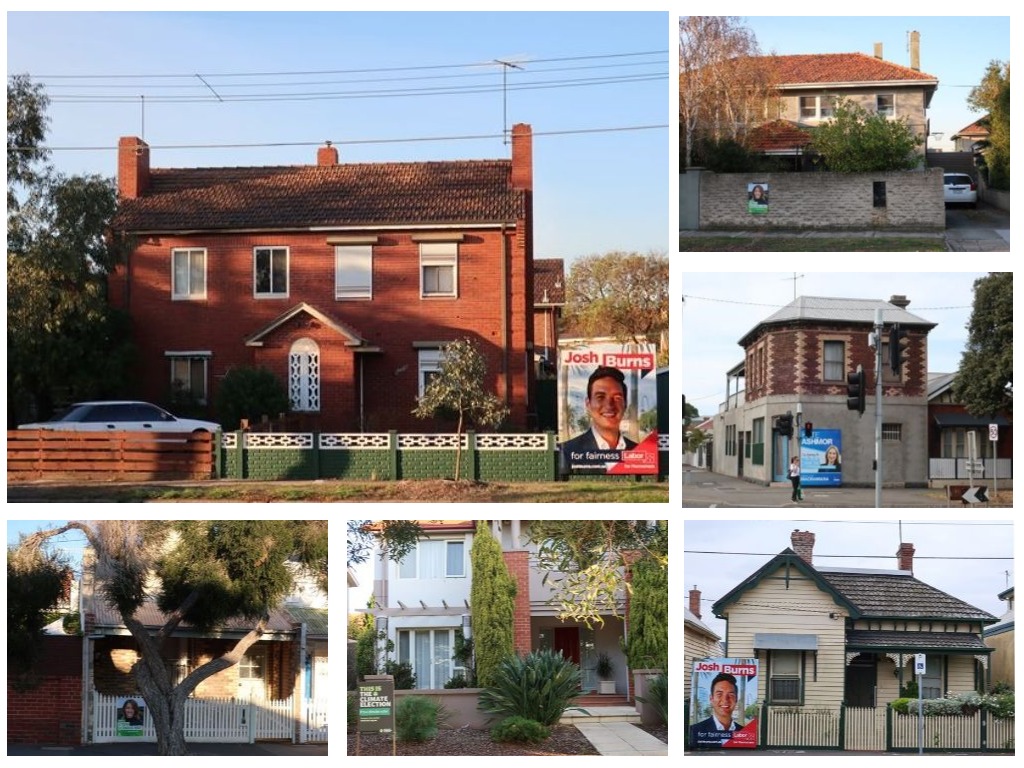 Some Port houses wore their colours on the fence in the lead up to the election on 18 May.

Labor’s Josh Burns was decisively elected as the first member for the newly named seat of Macnamara.

The two party preferred position on 23 May was

The results of each polling place in Macnamara can be found at the Australian Electoral Commission Tally Room.

Meanwhile, the climate emergency poster spun from the gum tree outside the polling place, never settling, demanding our attention.