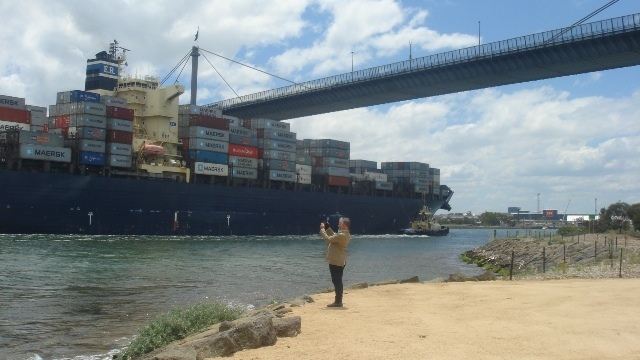 The advice is in.

Bay West is preferred to Hastings as the location for Melbourne’s future port, according to advice given to the Victorian Government by Infrastructure Victoria.

The trigger for the move is suggested to be when Port capacity reaches 8 million TEU which it anticipates will be around 2055.

TEUs unfamiliar to you as a term? TEU refers to the length of a container, or a ‘box’ as port familiar people often call them. Containers come in two sizes: twenty foot or forty foot long. Ship or port capacity is measured in 20 foot equivalent units.

Until that point is reached, further significant intensification of Webb Dock is actively recommended.

Infrastructure Victoria’s report asks and responds to two deceptively simple questions: where the future Port should be and when it will be needed.

The answers arise from the shifting themes of complexity and constraint in an uncertain future.

And so many constraints to be considered:the difficult entrance to Port Phillip Bay at the Heads, the capacity of the road networks surrounding the Port and the height of the Westgate Bridge.

Melbourne’s everyday and future living is intimately and intricately tied up with the Port from that early morning coffee to every new car on the road.

The container disrupted Port practices around the globe and made old style ports redundant. As the Port of Melbourne Quarterly said in 1966

“A footloose warehouse, the van container is earthquaking the shipping industry. Rail, truck, water and even air carriers are in a literal frenzy of adjustment to what is happening.

Almost fifty years ago, in April 1969, OCL’s Encounter Bay on her maiden voyage was the first container ship to visit the newly created Swanson Dock in the Port of Melbourne. The berth had been completed only a month earlier She was 227.31m long.. 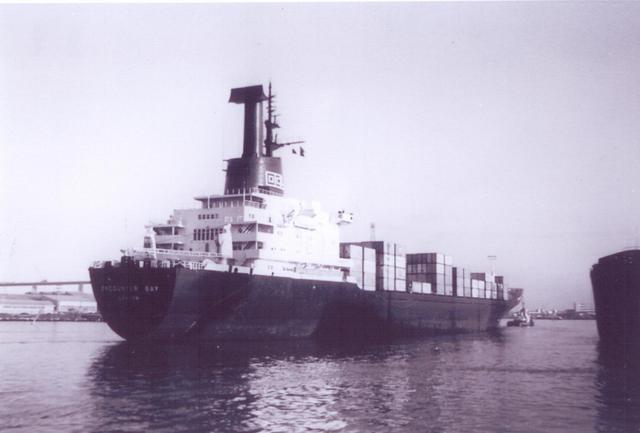 The largest ship to have visited the Port of Melbourne to date is MSC’s E.R. Long Beach built in 2004 – 288m long with a capacity of 7,500 TEU. Yet no ships this size are being built any more – they are all longer and larger.

The newest ultra container ships are 400m long with a capacity of 16,000 – 22,000 TEU though it is unlikely that they will call at Melbourne.

Increasing the capacity at Webb Dock

While not supporting a significant expansion of Webb Dock, an extension of the VICT Terminal by 90m with the addition of a further Ship-to -Shore crane is recommended.

Further capacity for containers can be released by moving the Tasmanian and the automotive trades.

And managing the intensification of Webb Dock?

Keeping the road network around Webb Dock functioning at the level it does now will require a significant increase in night time use of the freeway network as well as upgrading the intersections.

With the new intersections to Webb Dock barely open, and the new VICT container terminal operating at just 10% capacity, people living near the Port may not feel ready to contemplate these unpalatable recommendations.

Maintaining the Port and Webb Dock’s ‘social license to operate’ alongside the residential population forecast for Fishermans Bend may prove to be every bit as complex as the engineering.

More, much more at