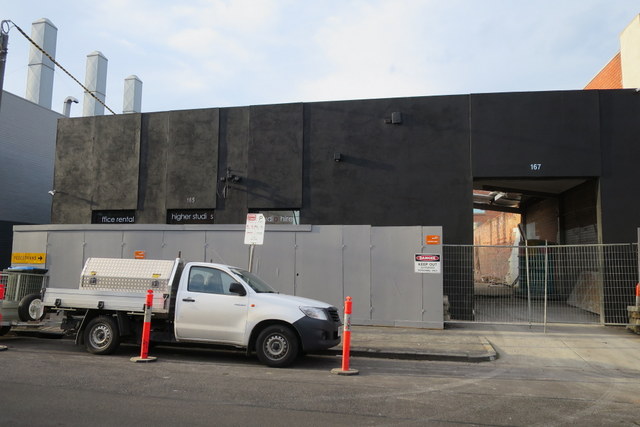 The redevelopment of Montague in the Fishermans Bend Urban Renewal Area has begun in earnest in one block in Gladstone Street.

After a period of uncertainty between governments, applications are being assessed according to the interim planning controls announced by Minister Wynne on April 17th. The applications in this section of Gladstone Street were considered and approved by the City of Port Phillip.

No sooner were permits issued than projects got underway.

Here is a visual summary of the state of play in one block of Gladstone Street between Boundary and Montague Streets in June 2015.

Between old and new – bearing the dual identity of Romsey and Custom. 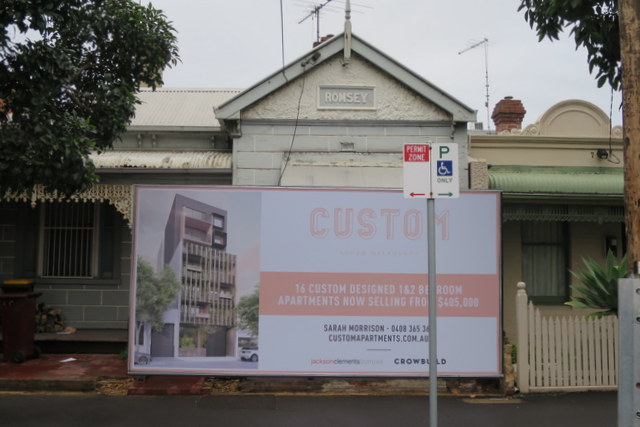 To see the plans and elevation drawings visit the City of Port Phillip website. 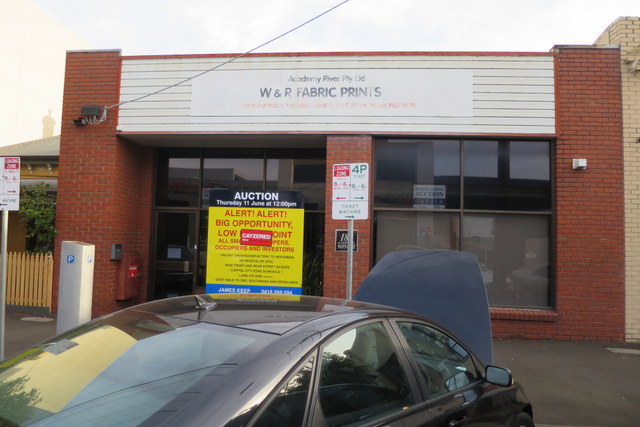 For images of the development to be called Nightfall, visit the BPM website

Night falls on the Montague precinct