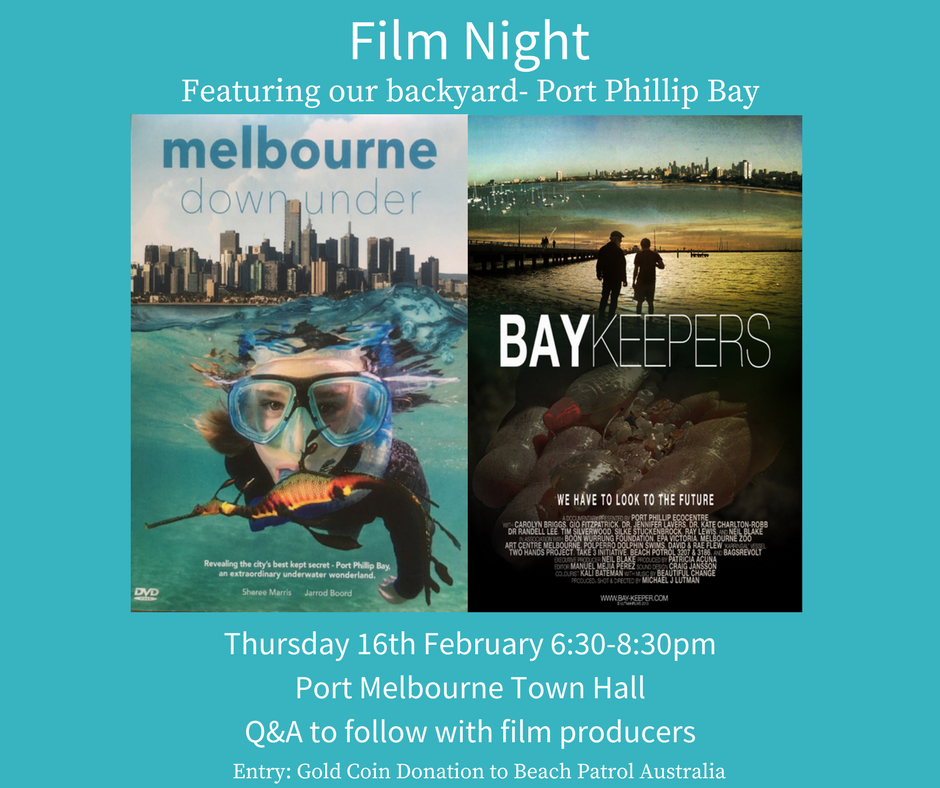 Health of the Bay

Late Sunday afternoon was oppressive. Rain was forecast – 94% likelihood. The rain clouds teased in the distance off Princes Pier. Lenny watched the ships far down the Bay to make his weather prediction – as reliable as any app. 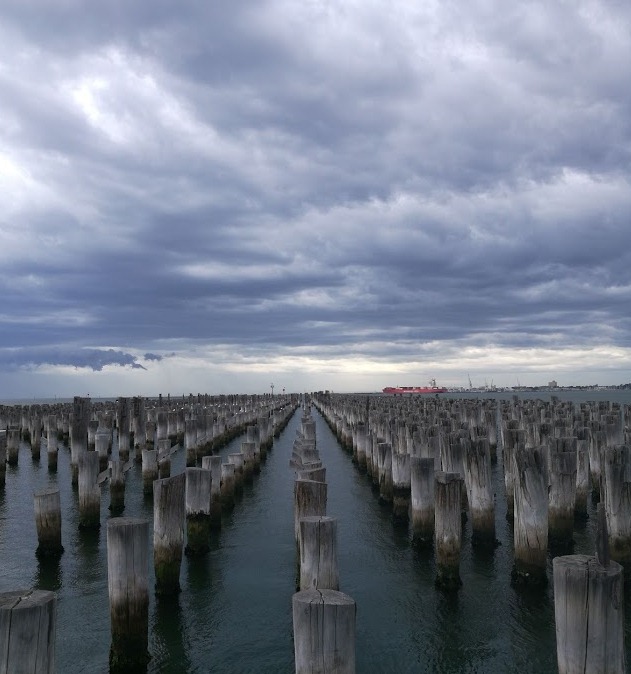 rain clouds gather down the Bay – from Princes Pier

Within 24 hours, the EPA Beach report forecast that all 36 bay beaches would be unsuitable for swimming.

Within 48 hours, Dr Ross Headifen reported heavy pollution of polystyrene bits and beads along the tide line and blown up Port Melbourne beach. On this, day 323 of their year long monitoring of the site, the plot yielded 5,518 pieces of plastic.

How is this nexus between welcome rain and unwelcome stormwater pollution to be broken?

Some people wonder whether the Bay is healthy. Other people assert that the Bay is in better shape than it was twenty years ago.

In December, the Commissioner for Environmental Sustainability released State of the Bays 2016. It provides a scientifically rigorous baseline report on the health of Port Phillip Bay and Western Port against which future reporting can be compared. Many inter-connected, inter-dependent factors contribute to the state of the Bays. The areas investigated were water quality, mangroves and seagrass, reefs, fish and birds.

The accessibly presented State of the Bays 2016 conveys the excitement of the investigators and beautifully communicates the values of the Bay. Here is just a snippet from the fish section.

‘Snapper Monitoring over the last 12 years has shown that the population of juvenile snapper in the bay is healthy. However, adult catch rates have declined’

‘Sand flathead birth rate in Port Phillip Bay has been well below its long-term average for all but two years since 2001.’

All of these indicators and assessments depend on consistent and ongoing research and monitoring.

The actions proposed in the Draft Management Plan 2017-2027 for Port Phillip Bay, now in the closing days of consultation, will determine the outcome of any future State of the Bays report.

The draft plan identifies climate change and population growth as the main challenges facing the Bay. A warmer Bay will have implications for species composition including marine pests. Rain may be less frequent but more intense resulting in more nutrients delivered into the Bay with the possibility of more algal blooms.

The future anticipated by the Plan is intense:

‘There will be more boats, more fishers, and more people on the beaches.

There will be more litter, more microplastics, more sewage and more cars and trucks in the catchment.1

All this ‘more’ means that means that just to maintain the current health of the Bay, more work will need to be done by individuals, communities, councils, government, agencies and businesses.

The management of Port Phillip Bay is in the hands of several different organisations – Department of Land Environment Water and Planning (DEWLP), Parks Victoria, EPA.

The care of it needs to be in everyone’s hands.

How timely that SHIP2 is hosting a Port Phillip Bay themed film night on Thursday 16th February at the Port Melbourne Town Hall from 6.30 to 8.30pm. Sheree Maris’s film will take you down under to see the wonder world that is Port Phillip Bay.

EPA is trialling an SMS beach report service direct to your phone.

Since 2012, the water quality of the Yarra and Bay has been reported annually. See the 2015/16 report card for Port Phillip Bay

State of the Bays 2016 Commissioner for Environmental Sustainability

Explore the underwater world at Jawbone Reserve, the place closest to Port Melbourne featured in State of the Bays 2016