Horse on the Hill 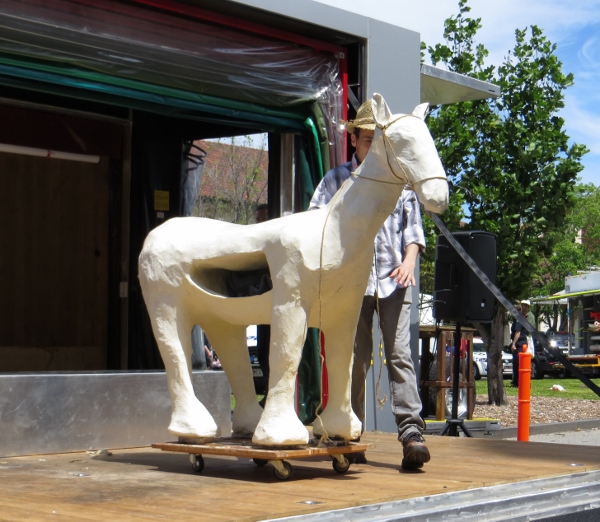 This horse has within it, not an army of warriors, but a belly full of powerful ideas and symbols. It was one of the delightful, whimsical vignettes in  Singular,  a work put on at Sunday’s Emerald Hill Festival. The gently humourous piece draws on a mechanical age where people had more agency – you could pull a string and something happened. RAWCUS always create performances rich in imagery, poignant evocation and potent symbolism. I believe there is one last opportunity to see this show and it is highly recommended.

The name Emerald Hill is itself evocative.  This is how it came about or so it was told by Edmund Finn.  A picnic was being organised to this hill without a name   ‘at that time … it was clothed in a rich sward, green as the freshest shamrock’  (1)

The Emerald Hill Festival re-activated an ancient legacy of gathering on Emerald Hill. Wilbraham Liardet, like Finn, recalled a corroboree at Emerald Hill in this painting of 1875. 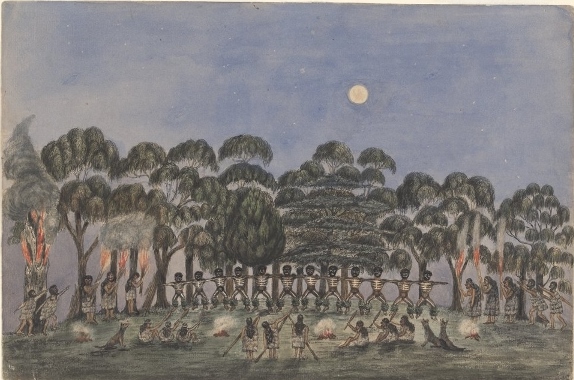 This low key Festival brought together a collaboration of all the organisations in the precinct in an unusual but happy combination of arts organisations with the police and SES.   The tours of the Police Station were a hit. South Melbourne Town Hall, while grand, is a bit forbidding in its grandeur and it was good to see people enjoying those rather bland outdoor spaces.

The Festival also introduced the newly opened Emerald Hill Library and Heritage Centre.  Aunty Caroline Briggs, Boonwurrung elder, in opening the centre said and said again: tell the stories, tell the stories – and that is what the Centre hopes to provide the space for people to do.

‘there is no document-driven procedure for creativity. It is very hard to nail down. This is because what lies at its heart is very odd. Creative people do what most people including most clever people do not do. They take what others normally think of as being unrelated and put them together. That is what it means to be creative.

Peter Murphy Go on then … what are the creative industries?’  The Conversation 29 October 2013