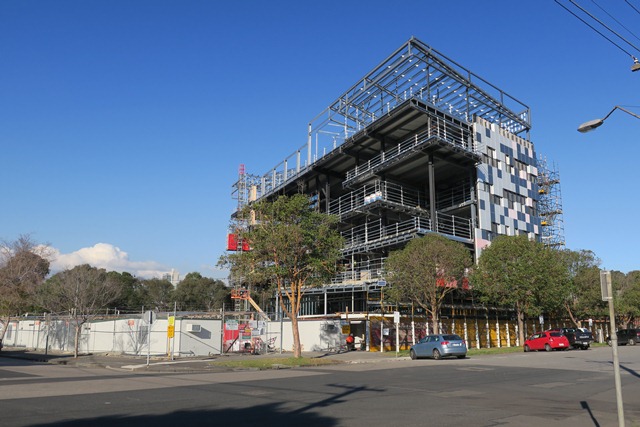 The streets of Montague were the setting for exploring Open House Melbourne’s 2017 question: ‘What would Jane (Jacobs) do?’

The thematic question arose from widespread concern and perplexity about the intensity and rapidity of Melbourne’s urban change.

Jane Jacobs was a meticulous observer and writer about cities. A recently released collection of her writings ‘Vital Little Plans’ is full of provocations and insights that complement the book with which she is most closely associated, ‘The Death and Life of Great American Cities’. As a citizen of New York, but most particularly of her local Greenwich Village, she fought three major battles – against the proposal to drive a freeway through her local park, against the proposal to declare her suburb a slum area, and against the lower Manhattan expressway.

Those battles had local echoes right here in Montague. Identified by the Housing Commission as a slum area, residents were assisted/supported/encouraged to take up new housing in the newly created estate at Fishermans Bend in Port Melbourne.

Jacobs’ ‘Death and Life’ gave heart and affirmation to a former Montague local, later South Melbourne Councillor, Reg Macey as he (with others) fought against the freeway proposal that would have run between the two sides of St Vincents Gardens.

The street is the place to get a feel for the health and vitality of a place according to Jacobs.

‘But the streeet works harder than any other part of (the city); it communicates the flavor, the feel, the sights’.

And if you really want to know a place, she insisted, you needed to get out and walk.

With the Fishermans Bend Vision in hand, we walked the streets of Montague wondering whether the imagined future would unfold. Photographs from the ‘fifties when each street in Montague vied to win an Argus competition for the most number of children in a street brought the past into the present.

On a Sunday the streets were deathly quiet – not another walker in sight – quiet enough to stand in the middle of Buckhurst St and imagine it as the heart of the new Montague – peopled once again. Only the traffic on Montague Street flowed without ceasing.

Developments approved early in Fishermans Bend’s planning are nearing completion.  The 30 level 144 apartment Gravity Tower emerges from every view line.  The retail level is elevated as required in anticipation of future flooding. 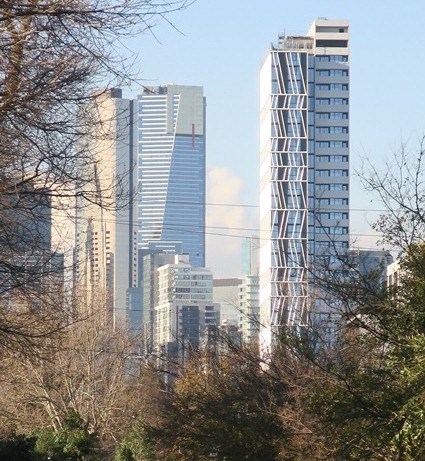 The Gravity Tower in the foreground

New businesses replace those that have moved out. A craft brewery opens in a laneway. Gyms replace garages. Ducati motorbikes replaces a car broker.

The South Melbourne Primary School is taking form day by day while work has begun on clearing the neighbouring site for the new community park.

To close, another quote from Jane Jacobs:

‘In short, will the city be any fun? The citizen can be the ultimate expert on this; what is needed is an observant eye, curosity about people, and a willingness to walk’.

Follow the walk on  Buildings or people: the view from the street, Blueprint for Living, ABC Radio National 12 August 2017