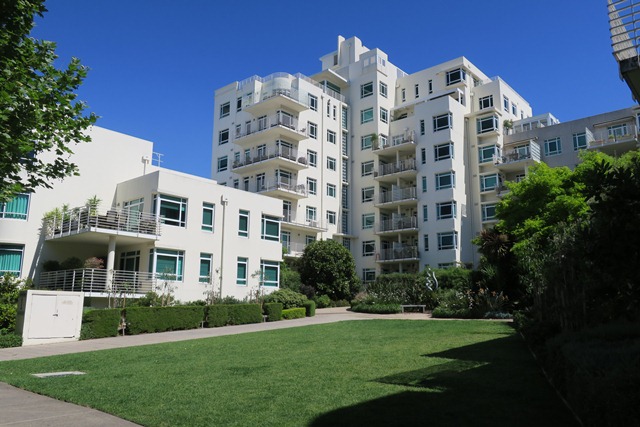 A laissez faire approach to height was one of the major criticisms of the early planning for Fishermans Bend.

The draft Fishermans Bend Framework, out for consultation, proposes height and density controls in combination. Height controls are more familiar as a planning tool for moderating development. Floor Area Ratios less so. Floor area ratios (FARs) are a new building’s total floor area in relation to the size of the piece of land it is being built on. FAR was recently introduced in the City of Melbourne.

FARs enable different responses to the challenges and opportunities each site presents. Buildings can be configured in different ways to achieve different outcomes as shown in this (over simple) diagram from the Framework.1 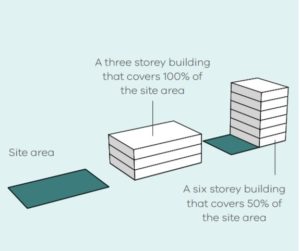 Why has this approach been taken?

The FAR for Fishermans Bend is based on the the assumption of 80,000 people, 80,000 jobs as per the Vision adopted in September 2016. Those figures are the basis for distributing density through Fishermans Bend. But the density and height controls are not spread out uniformly across Fishermans Bend like jam. Instead, the densities proposed respond to the vision and character described for each of the precincts of Lorimer, Wirraway, Sandridge and Montague.

Wirraway,  furthest away from public transport (and closest to the beach), is intended to be a more family friendly kind of place and is supported by a FAR in the core area of 4.1 to 1.  Greater density is proposed at Sandridge closest to the proposed the train station with a a FAR of 8.1 to 1.2

Recognising the importance of public open space in Fishermans Bend, these controls will be supplemented by a control to prevent overshadowing of precinct and district parks between 11am and 2pm for 21 June to 22 September – the strictest overshadowing control available under the planning scheme.

Bringing these ideas closer home to Port Melbourne, here are examples of two large sites which have configured development differently across their sites. Decide for yourself which is the better outcome.

Portside at 1 Graham St, built in the ’90s, occupies an entire Port Melbourne block. The buildings are full of interest from each street frontage, and the shady, textured landscape gives pleasure to residents and passers by alike. It has some height, but also some lower elements – all organised around this lovely green space.

As an aside, perhaps you think Port Melbourne has always looked this way. Well, enjoy this Full Frontal clip from the ’90s showing Graham Street and how bereft it was. Hard to believe it is the same place. (The best street views are at 0.40 – look out for the Graham).

Here is the second example:

In 2013, a development of 250 two to three level townhouses was approved for the very large block of the former Symex operation at Ingles St, Port Melbourne. Some of the townhouses are already occupied but large areas of the site remain to be built. With the exclusion of heritage buildings, the townhouses will cover the whole block. There is minimal open space. The rear lanes are lined with garages.  There is very little space or opportunity to plant trees. The planning documents claimed that the narrow streets were reminiscent of Port’s narrow streets.

A more imaginative response to this site might have seen greater height in some areas to allow for more open space without reducing the number of dwellings. 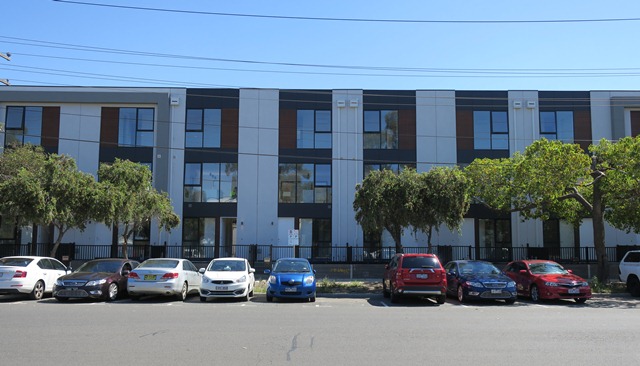 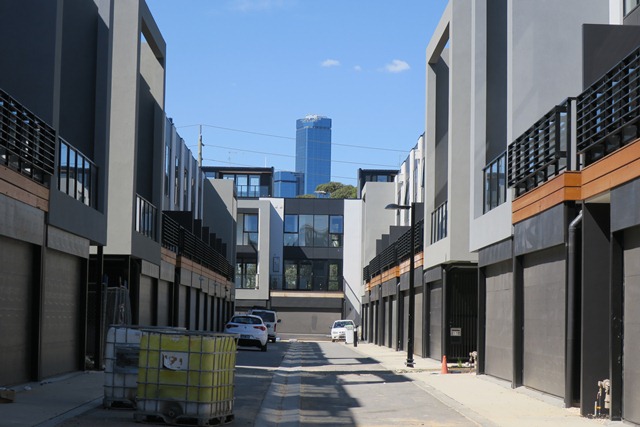 There are many of these narrow internal streets lined with garages 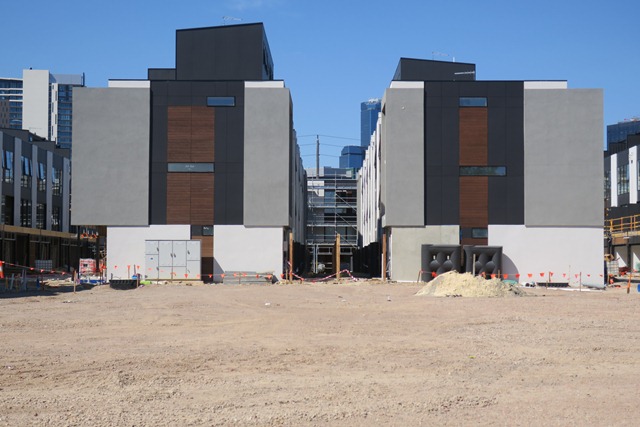 And more to come

1 September 2016 Fishermans Bend Vision, the next chapter in Melbourne’s growth story
2 Read more detail on the FARs for each of the precincts in the draft Fishermans Bend Framework on p41