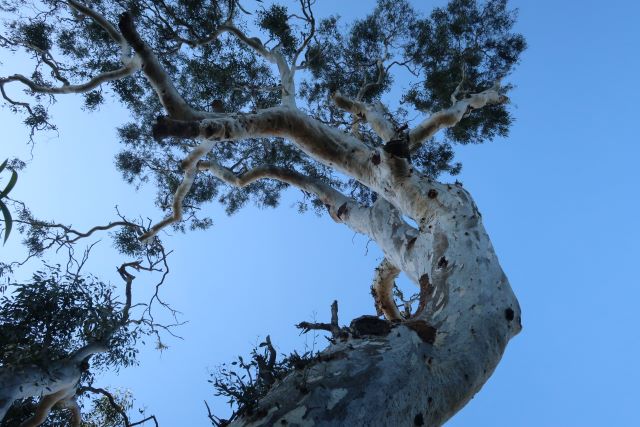 In a recent interview on ABC Radio, writer Bruce Pascoe reminded us that we can’t just keep on relying on the Australian history learned at school and that we all have a responsibility to learn, and to keep on learning, about our history.

What was the nature of the contact between the Liardets who squatted on the beach near where the Yacht Club is today with the First Peoples? Have we also been guilty of sustaining our own fiction of Terra nullius – telling and repeating the stories of Port Melbourne’s settlement as if there was no one home, with First Peoples absent, rather than present? Liardet’s paintings, those snapshots of life in the early colony, show a group of First Nations people whom we now learn were the Yalukut Weelam clan of the Boonwurrung, sitting to one side of the scene looking on at the flurry of activities taking place at the Pier Hotel – activities taking place on their country. There has been much speculation about how Caroline Liardet and her many children coped alone on the Beach but how was their presence being understood and responded to?

Naming streets and places is another way of memorialising people. Most of Port Melbourne’s streets and parks are named after mayors and councillors of the former City of Port Melbourne. Journalist and commentator on life in early colonial Melbourne, Garryowen, was very disparaging about them: “the nomenclature (street names) was distributed amongst a batch of local mediocrities.” Notwithstanding this characterisation, many of the street names tell an interesting story of the evolution of Port Melbourne and the Port Melbourne Historical Society has been exploring them one by one. Bertie and Todd are just two examples.

The City of Port Phillip has developed guidelines for naming or re-naming streets, lanes and reserves which preference acknowledging Aboriginal people and women. Following this protocol, recent namings in the Boonwurrung language include Kirrip Park in Montague – Kirrip meaning mate or friend – and Bubup Womindjeka Family and Childrens Centre meaning welcome children.

There are so many ways to explore the indigenous history and the ongoing indigenous culture of Port Phillip.

To mark Reconciliation Week in 2016, the City of Port Phillip in collaboration with the Boonwurrung Foundation, installed ten markers throughout the municipality to bring to light different aspects of the life of the Yalukut Weelam clan. The pillars are tied together thematically with the artwork ‘A Time of Chaos’ by contemporary indigenous artist Jarra Karalinar Steel. Two of the markers are in Port Melbourne: at the entrance to Lagoon Reserve and on the foreshore opposite the end of Bay St. Another is located outside the Emerald Hill Library and Heritage Centre, the ceremonial gathering place where Liardet witnessed a corroboree.

And then there’s the Ngargee tree (formerly known as the Corroboree Tree) saved by the skin of its bark from being lost in the construction of St Kilda Junction. There’s barely a body width between the tree and the barrier separating the tree from the incessant traffic. The approach to the tree from Albert Park Reserve through stands of indigenous vegetation is indirect. The tree is revealed. Seats are well positioned to allow reflective time in the presence of the tree, estimated to be about 300 – 500 years old.

In addition to the places that might be re-examined or reviewed, there are those places that remain unmarked and unrecognised, such as the Falls that once separated the salt from the fresh water on the Yarra and the original course of the Yarra River so audaciously re-routed on the recommendation of Sir John Coode.

The Royal Historical Society of Victoria has produced a statement suggesting an approach to re-examining statues and memorials. History, as Emeritus Professor Richard Broome reminds us, is complex, nuanced, layered, contested and re-contested. History is not a static set of facts. The facts are re-interpreted and re-assembled in the present.

The re-examination and re-learning arising from the Black Lives Matter movement will go on and on.

Visit the ten Yalukut Willam signs on foot, by bike or on line. There’s a map online.

Get to know and grow plants indigenous to the area such as yam daisy or murnong, a staple for the Yalukut Weelam, available from Bili Nursery at 525 Williamstown Rd.

Other references and resources

The Royal Historical Society of Victoria’s statement What to do with our statues and monuments?

Guidelines for the naming or re-naming of roads, lanes and reserves City of Port Phillip (2005)