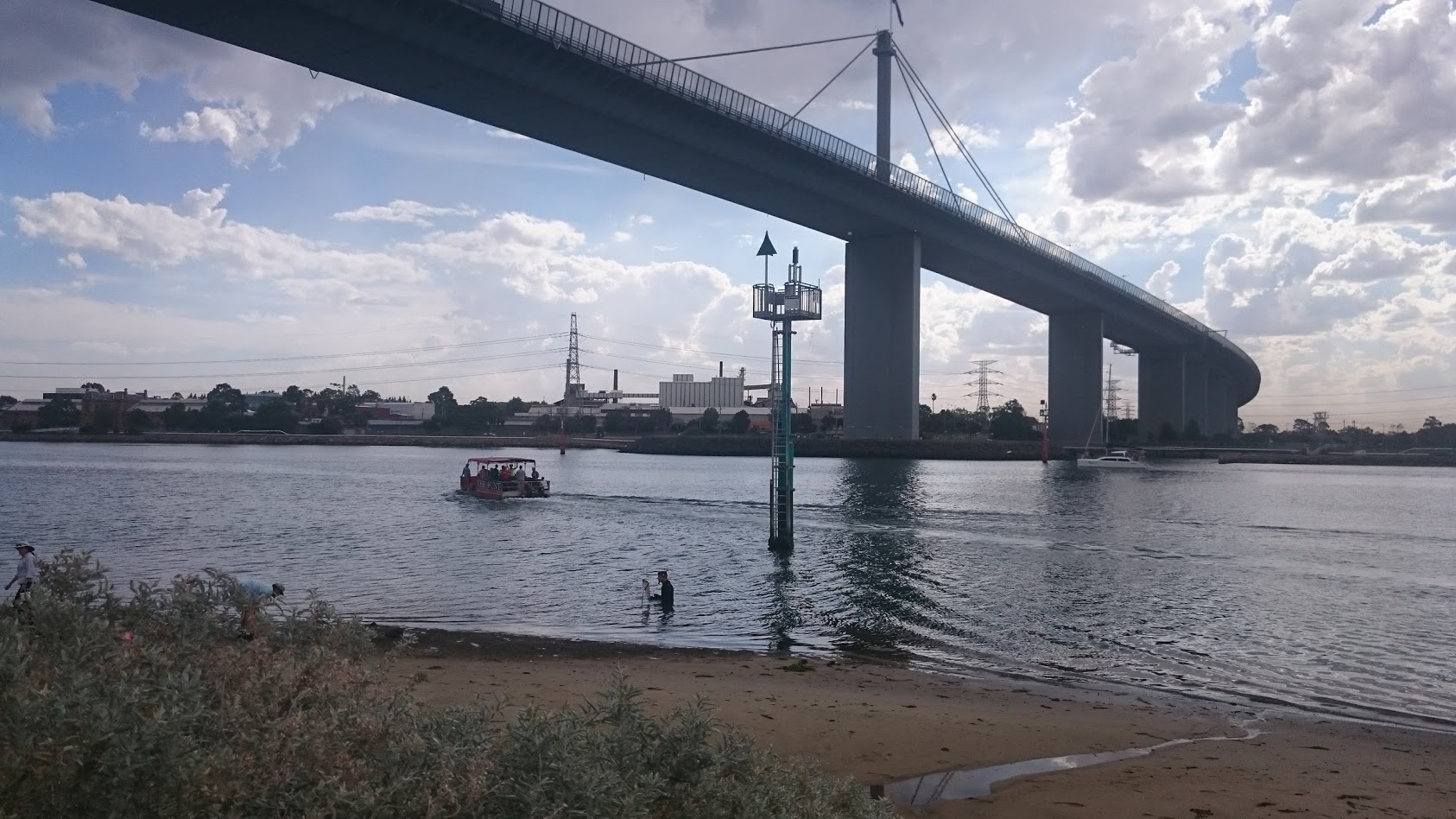 Observations under the Westgate Bridge

‘Tune your eye in to nature’ urged Museum Victoria’s Mark Norman at the recent Nature in our Liveable City* forum hosted by the City of Melbourne.

And that’s what people did in the evening at week’s end when Mark and colleagues from the Museum came fossicking in the sediments of the Yarra River under the Westgate Bridge as part of the City of Melbourne’s 2016 Bioblitz.

The Yarra in this place has been neatened and straightened and lined with basalt rocks that come from the other side of the River – not at all like its spreading swampy nature in earlier times.

It would be easy to assume that the River is degraded or devoid of natural life at this location. Not so, according to the marine scientists from the Museum. Around the Punt pylons were numerous juvenile oyster blenny (No, I hadn’t heard of them either before this weekend) and pipefish that you might marvel at in the Sea Life Aquarium up the river. There was seagrass and decorator crabs so called because they decorate themselves with seaweed and very much more besides. 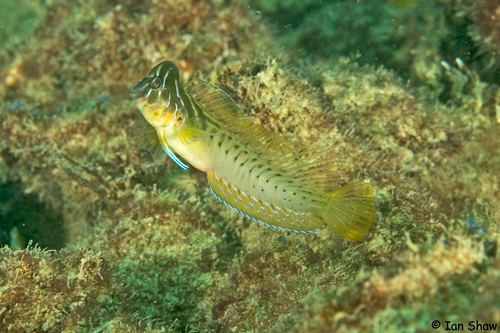 Then there was counting for Clean Up Australia Day with findings recorded for the Marine Debris Initiative which tracks litter in the marine environment all around Australia. Far and away the most abundant littered item was polystyerene in various states of disaggregation.

On the first Monday of each month, a bird survey is conducted in Westgate Park. The March survey recorded 42 species of birds. The surveyors also observed that

The water level in the two main lakes continues to drop and is now at close to record lows .. The stilts and spoonbills were wading across much of the main area of this lake.  The dam still contains some shallow water.

Large numbers of Red Wattlebirds were making their presence known across the park.  There were also very active groups of Little Wattlebirds and New Holland Honeyeaters along the river.  The Coast Banksia were just starting to flower along the river however the birds appeared to be feeding mainly on insects with lots of hawking activity.

Spending time near the Punt landing at evening and in the morning also enabled observation of the comings and goings of walkers and cyclists across the River. Where else in Melbourne would you find such happy travellers?

*Missed the conversation? Here it is Nature in Our Liveable City