Old and New – Your View?

An international Conference in Melbourne last week took stock of the status of heritage conservation in Melbourne. Melbourne’s heritage is facing intense pressure similar to the situation in the 1970s when many significant Victorian era buildings were lost. This stimulated the establishment of a vigorous conservation movement which led to heritage planning controls being introduced in municipalities throughout the state.

Many questions were explored. How could/should the heritage movement approach present challenges? Is the current approach too narrow? What are we trying to preserve? What are the limits of acceptable change? Is ‘facadism’ actually preserving heritage? Do the requirements of planning schemes drive ‘facadism’ type outcomes?

Although the focus of the Conference was on central Melbourne,  many of the questions were just as relevant to Port Melbourne.

With these questions in mind, I looked again at Port Melbourne. There are examples of the good, the bad, and the indifferent – and of course buildings that have been lost forever such as the Missions to Seamen building and Centenary Bridge. 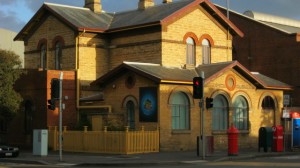 Morley’s Coal Depot, mildly altered many years ago, still defines the entrance to Bay Street, giving a strong sense of the means of that man of influence in early Sandridge. The Morley and Carrick warehouse in Dow Street, while preserved on the outside, has lost its sense of stature through being subdivided into apartments with principal access to light through skylights. 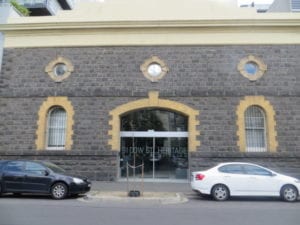 I quite like the contrast of the old and the new, and the mix of heritage and contemporary buildings. One thing I learned at the Conference was that people hold very strong views of what is acceptable in heritage terms, so I don’t expect that you will agree. 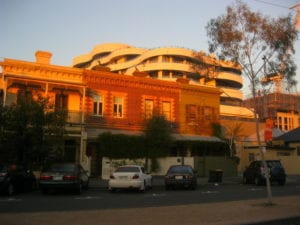 What are your thoughts on how the old and new relate in Port Melbourne?