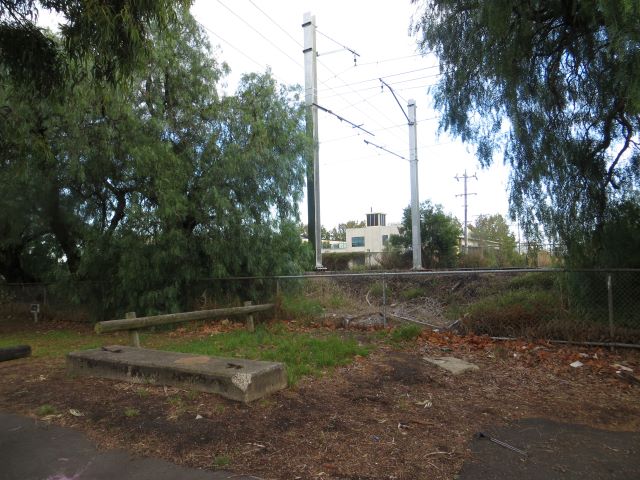 At the end of Boundary Street which divided Port from Montague, workers would cross the railway line from densely populated Montague to work at Kitchens or Dunlops on the other side. The piece of concrete in the foreground is all that remains of that bridge.that was known locally as the Tipperary Bridge. At that time, the railway line was busy – so much busier than today – carrying freight as well as people. 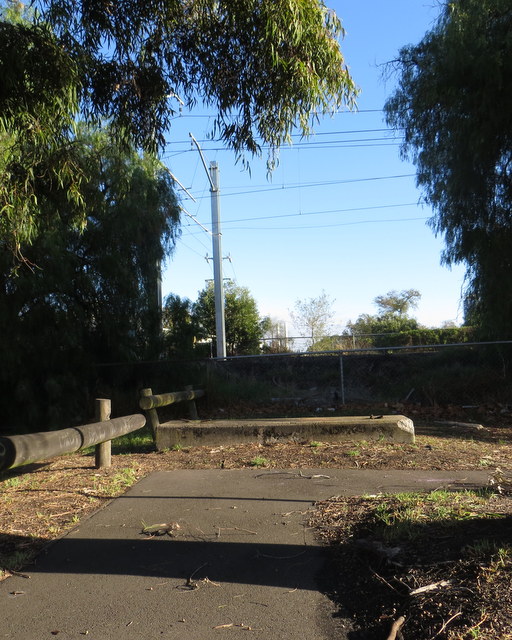 The bridge can be clearly seen in the background of this photograph taken in the ‘Rockeries’,  as the open space adjacent to the Railway line was called. 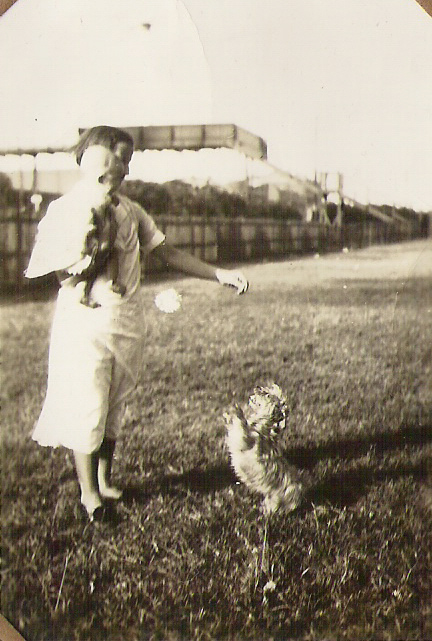 Fred Nicholson in his mother’s arms with the family dog

When it came to be demolished, people occupied the bridge and were forcibly removed by authorities. Without the bridge, they had to walk round by Ingles Street to get to the factories on the other side.