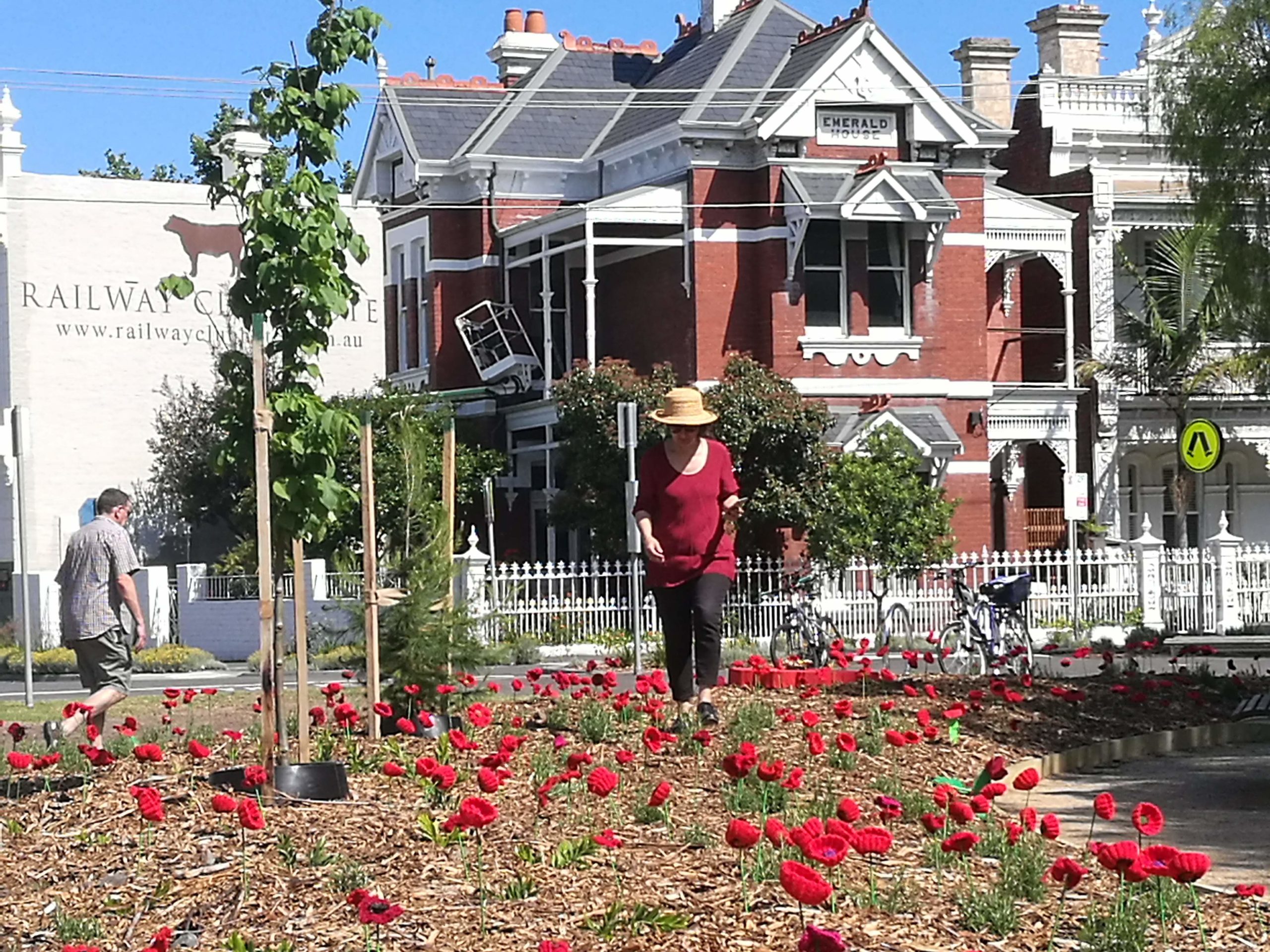 It was the day after Hassan Khalif Shire Ali killed Sisto Malaspina and injured two other people in Bourke St and the eve of Remembrance Day.

Sadness was close to the surface when people gathered to open a Remembrance Garden in Port Melbourne. The Garden is a community initiated, Council supported project to mark the end of the Anzac Centenary.

The Remembrance Garden adds yet another layer to the evolving place of North Port, a carpark only a decade ago.

The low stone walls built by Jack Gould define the space. The peppercorn tree has moved from an incidental feature to the centrepiece. The garden beds are thickly planted with rosemary. Three trees will be the living memorials – elm, pine and wattle.

An interpretation panel is well placed to catch the eye of passers by.

The garden is not didactic in any way. It is open to interpretation and welcomes all reflections.

How fitting it was to learn from Monash’s great grandson Michael Bennett that Monash loved gardens and that thoughts of his own garden sustained him when he was away from home for so long.

Hand crafted poppies made by local groups expressed the community contribution to the Garden – ‘a garden by the people, for the people’ as Mayor Voss described it. At the warm invitation of the Mayor, the Garden was declared open by the acclamation of those present. 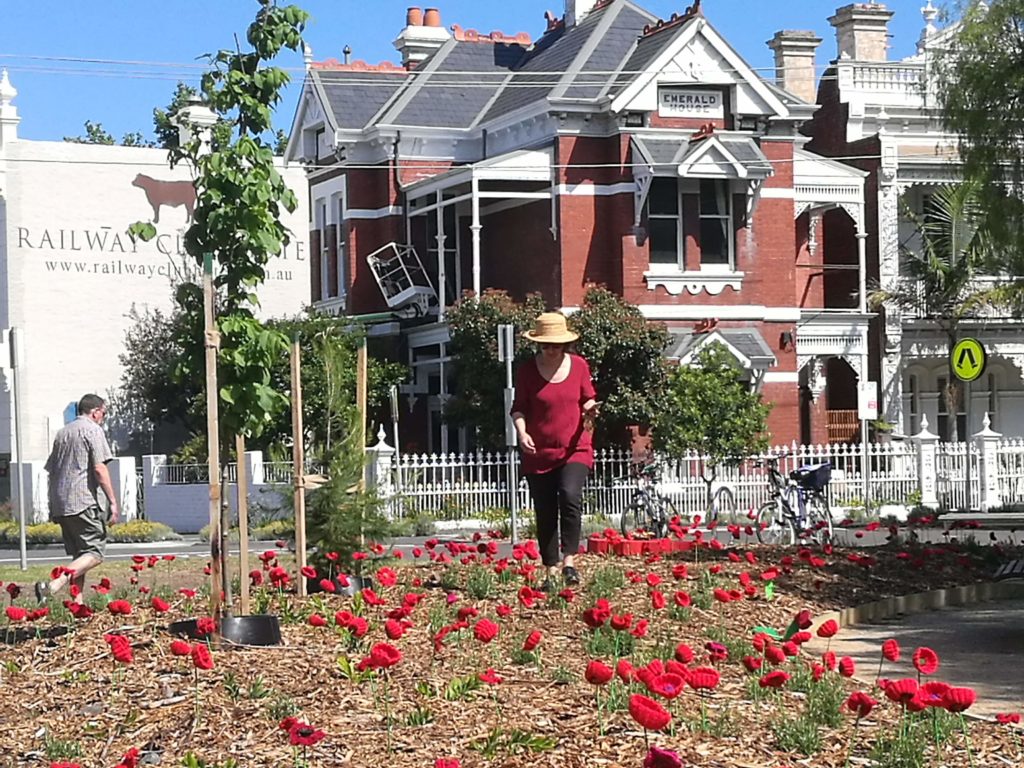 The following day was Armistice Day. David Thompson tells us how the news was received in Port:

“About 7.30pm on Monday 11 Nov 1918, around the time the Bay steamers were returning from their day’s excursion, the news that Germany had signed the armistice reached the port.  Suddenly a ‘powerful whistle on the Port Melbourne shore echoed across the Bay’1 and for the next half hour the Bayside resounded to the grand chorus of sirens and ship’s whistles.  In anticipation of Germany’s surrender, many of the shipping companies had displayed bunting and pennants during the day.

By 8 o’clock, passengers arriving in Bay Street on the tram from the city were spreading the news that cable messages confirming the armistice had arrived in Melbourne.”

While the mayor, Cr Gill, met with representatives from local organisations  to plan for a reception sounds of the ringing of handbells and the chorusing of youths marching along the streets could be heard.

“Flags were hoisted over all manufacturing establishments and trading houses in the town, as well as the banks. Every house was decked with flags. Ships in the Bay were lined with streamers of bunting’.8

The municipal electric foreman, Mr Frank Winwood, and his staff had decorated the Town Hall with horizontal bands of red, white and blue lights with lamps tracing the lines of the building from the base to the top of the tower where a large blue globe crowned the illuminations.“

Read David Thompson’s full account of the Armistice in Port The End of the War – Hostilities Cease  at Port Melbourne World War One Centenary, a project of the Port Melbourne Historical and Preservation Society.

Note: There will be further disturbance of the newly created Garden to allow for major gasworks