The house at 293 The Boulevard, Port Melbourne has been demolished to make way for a double storey dwelling.

The house was part of what is known for planning purposes as the Fishermans Bend estate, although people who live or have lived there may know it as Garden City or Bagdad. The estate is bounded by Barak Rd, Todd Rd, Williamstown Rd and The Boulevard. It is covered by a heritage overlay which means that a planning permit is required for the demolition of any dwelling.

Some people are surprised to learn that such modest houses enjoy such protection. 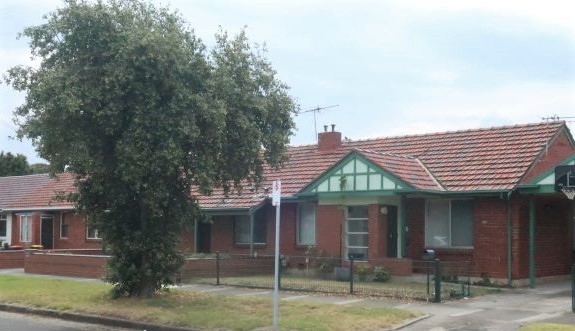 some houses on The Boulevard

The significance of the estate lies in the fact that it was the first estate built by the newly formed Housing Commission of Victoria between 1939 and 1942 to house people displaced from slum clearance programmes. It was the first time the state had built housing for rental for people on very low incomes. The layout of the estate came about through a design competition and a panel of architects was retained to design the houses. The estate reflected the latest in town planning thinking of the time, particularly in the emphasis on open space for health.

The estate is in two unsymmetrical halves organised around shops and a community centre in Centre Avenue. The full suite of community facilities imagined for the estate was not built at the time. Each half of the estate has its own generous open space: R F Julier Reserve and T T Buckingham Reserve.

Most of the houses have transitioned into private ownership.  In 2013, the Department of Human Services sold 305 The Boulevard for $1.326m. It was subsequently sold again, still as a single storey, for $2.1m in 2019.

In 2001, the City of Port Phillip adopted guidelines (revised in 2010) to give direction to people wanting to renovate and extend their homes while respecting the heritage values of the estate. The guidelines note the ‘ordered variety of its design’  and that the estate is a ‘unique demonstration of ideas of planners of the time not so comprehensively expressed anywhere in Australia.’

Over time, a number of planning applications have been refused by the Council for failing to comply with the guidelines. The final outcome has been decided at VCAT.

Change in the estate has been most extensive on The Boulevard with its water views and access to the foreshore. How the guidelines apply along The Boulevard has been a matter much discussed in the cases before the Tribunal. There are 34 houses on The Boulevard, and the escalation of prices reflects how highly valued these properties are.  A street profile of The Boulevard in Domain tracks the sale prices over time 1.

In 2011, when an applicant appealed to demolish 299 The Boulevard, the member took a conservative view.

‘that there has been change in the area is indicative that future change to the surrounds must now be carefully monitored to prevent decay of the heritage and neighbourhood character. The ‘picking off’ of a further existing dwelling through demolition will be detrimental for the preservation of the remaining existing character of the Estate.’

293 The Boulevard  was also appealed to VCAT after the planning application was refused by the Council.  Number 293, as you can see, had already been significantly altered in an earlier renovation, even though some of the heritage fabric had been retained. (You can just see it peeking out at the sides). The Tribunal member took the view that the house was already so altered, as was its pair, that it no longer warranted protection. It had lost its significance.

While the very few demolitions that have been authorised in the Fishermans Bend estate have followed the long and arduous planning route, the then owners of 25 Barak Rd took matters into their own hands and illegally demolished the house in the very early morning of June 29th, 2008. The Council took the matter to court. The owner was found guilty, fined $45,000 and costs, and required to rebuild the house using the same materials that had been retained on site – the bricks and the roof tiles – the results of which you can see today. 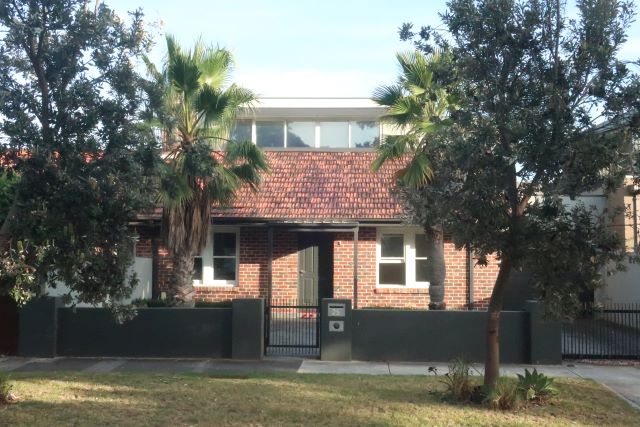 Elsewhere in the Fishermans Bend estate, there is a trend towards very large developments to the rear that overwhelm and dominate the modest front rooms that are required by the heritage policy to be retained. The guidelines say that upper level additions should ‘allow the character of the original to be dominant and legible’.

The guidelines are now looking somewhat dated. Since they have not been reviewed since 2010, it would be timely for them to be updated to reinforce and clarify the heritage values to be reinforced and how this could be achieved in a sympathetic way while achieving comfortable living. There are still many more houses on The Boulevard that remain in their single storey form that will undoubtedly change over time.

It seems deeply ironic that while we are in a crisis of housing un-affordability, these modest dwellings are being converted into multi-million dollar homes. And while I’m at it, there is no interpretation of the heritage values of the estate to assist passers by to find out about its significance.

In preparing this post, and observing how the Fishermans Bend estate is evolving, I was left wondering what ‘heritage’ means in this particular context.

Surely the value to be protected is the state’s role in creating affordable housing.

1 Street profile of The Boulevard, Domain

And if you don’t mind some shaky camera work, this fascinating film taken by Denis Yorgey, a resident of The Boulevard in the ‘eighties, shows the very block in which 293 The Boulevard is located. Do a drive by from 5.16 to 6.07. 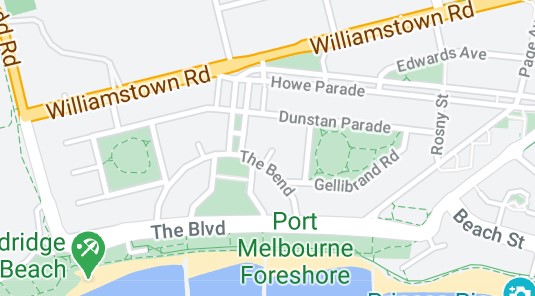 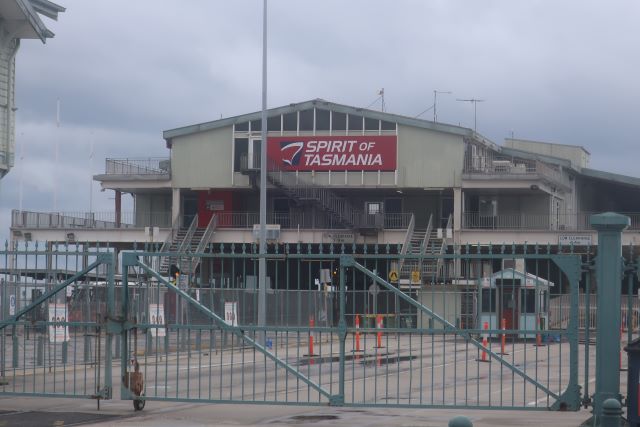 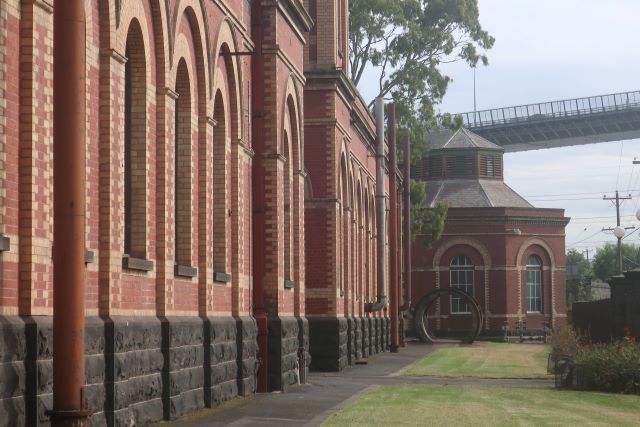