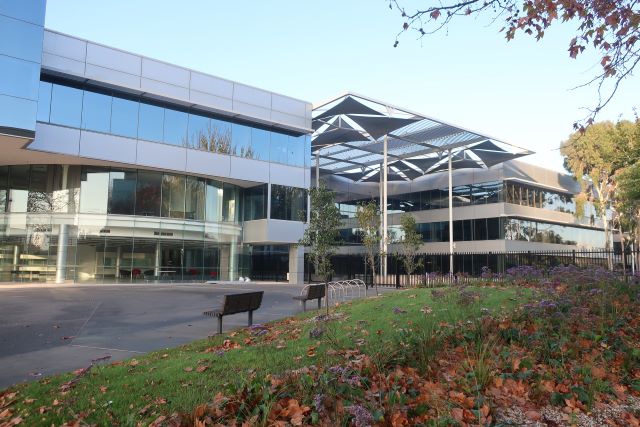 There’s a definite sense of arrival where Turner St meets Salmon St at the sprawling former GMH site. Generous Turner St connects Fishermans Bend from east to west like an arrow. Turner St is planned to slice through the GMH site to re-emerge on Todd Rd, offering its generous width to walkers, cyclists and a tram.

The picture below provides the place context.

The state government bought the 37ha GMH site in September 2016 with the intention of ‘bringing together industry leaders in the cutting edge areas of aerospace, defence, marine design, automotive design’. It is the largest government land holding in the whole of Fishermans Bend, most of which is in private ownership.

In the recent 2021/22 state budget, the government has made a further $178m investment to start the first stage of a precinct for advanced manufacturing, engineering and design innovation on part of the site. The first stage will involve beginning remediation works, installing essential services, and establishing road access to the University of Melbourne’s future School of Engineering campus.

The investment builds on the site’s history in engineering, manufacturing and innovation. When Sir Lawrence Hartnett moved GMH’s operation from City Rd to Fishermans Bend in 1936, he not only set up the administrative and technical facilities but the setting and environment for developing the engineering capability of the Fishermans Bend operation. The war hugely accelerated engineering innovation at GMH. New materials had to be brought into use for the first time since they were not available from overseas. GMH in turn laid the foundation for the development of the aviation industry at Fishermans Bend.

After the war, frequent visits and exchanges between engineers from Fishermans Bend and Detroit further stimulated a flow and exchange of ideas and experiences that influenced engineers in both places.

Dream Factory, an exhibition at the City Gallery in Melbourne, highlights the role of the 1964 Technical Centre at GMH. The design studio fostered a stimulating working environment. Designers interviewed for the exhibition commented: ‘The atmosphere in a design studio is always highly charged; it is both competitive and collaborative’ and ‘the studios were very much a collective. The balance of competition and collaboration was just about perfect’.

Also emerging from that creative space was the Efijy, a concept car, revealed in 2005. The Efijy, a homage to the FJ Holden, was never intended to go into production, but it reveals in every detail the love the designers had for design and the Holden brand, an automotive entertainment, as chief designer Richard Ferlazzo described it.

When GM first announced they would no longer make cars in Australia, they undertook to maintain design capacity in Australia. However, in 2020, when they retired the Holden brand, the design studio closed too. It was the melancholy duty of Richard Ferlazzo who had played a pivotal role in the development of the Commodore, Caprice and Monaro well as the Efijy to wind up the studio. Ferlazzo also had the distinction of designing the final evolution of the Holden Lion corporate logo.

It is the thinking and practice about the environments and places that underpin innovation districts that lie behind the Government’s decision to make this significant investment in the first stage of an innovation precinct on part of the GMH site. It will complement the University of Melbourne’s Engineering Campus, still due to open in 2024.

But while these projects are still in the planning and design stages, a key tenant has just moved to the eastern end of the site. On 1 June, Ticker News started broadcasting from the upper floor or 191 Salmon St, formerly the boardroom and executive suite of GMH. Ticker News founder Ahron Young and team moved their operation from Richmond to Fishermans Bend on a countdown to lockdown. Ticker TV is doing news differently. It is an ad free live broadcast on Facebook and Twitter with a focus on technology, innovation, aviation, business and breaking news. It’s offering news in the way that millenials want it.

Young says ‘we wanted to provide an ultra-modern, collaborative space for our journalists and producers’. This crazy opportunity for a start up to take the next step in their business in the marble floored and mahogany timbered former offices of the GMH CEO executive suite is in the spirit of the sort of enterprises that may be dreamed of on the GMH site in future.

Harriet Edquist concluded the Dream Factory catalogue essay with a reflection. If we are to understand the history of the design and production of objects such as the motor car, she writes, we need to look at the history, environments and conditions that enabled them.

‘As we stand among the ruins of an industry that once powered the country’s prosperity, it is crucial to record how we achieved this success and how we might act on that knowledge for the future. We can only do this when the histories of our manufacturing sector and its design contributions have been told’.

The GMH site has turned a corner. From nostalgia, disappointment and regret, there is new life at the GMH site and more to come.

To get an appreciation of the Efijy and its detailing, it’s best to see it in motion, here being taken for a drive.