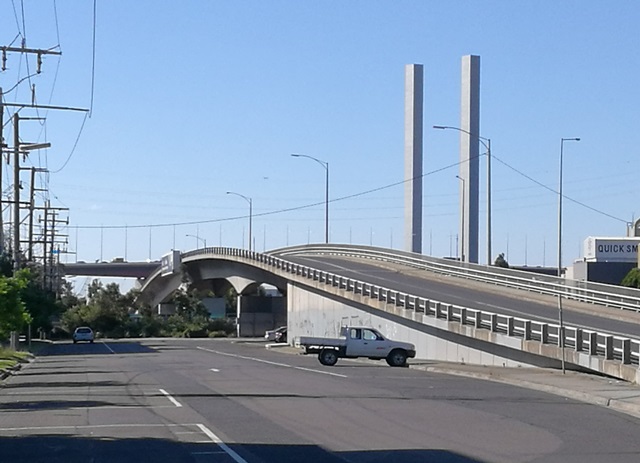 ‘But at this epoch the Melbourne craze was the High Line. On this subject ran conversation principally and dreams entirely. With this mania men and women were all bitten alike, and it was perpetually cropping up in the most ridiculous and unexpected ways.’ (adapted with apology from Edward M. Curr’s Recollections of Squatting in Victoria)

The word on every lip this week is the High Line.  Melbourne Town Hall was packed to hear Robert Hammond, its co-founder, give a high energy introduction to this amazing inner urban park on a disused elevated railway in New York.

I was relieved that Hammond made a point of saying that it’s not about replicating or copying the High Line.  Any idea should make sense to the place,  and the neighbourhood. Cllr Arron Wood, on the panel, spoke up for doing things in a Melbourne way. We have a bad habit of copying.

I’m a bit puzzled that commentators such as Alan Davies (The Urbanist) and Kim Dovey (in The Conversation)  have responded so literally to imagining possible Australian High Lines as involving rail infrastructure. I’m thinking more about disused roads, excess road space and the over and underpass spaces of which there is no shortage in Melbourne.

I’m sure every High Line fan in Melbourne is brewing their own High Line fantasy. Thought I’d share mine. I imagine the Ingles St Bridge connecting the Sandridge and Lorimer precincts of Fishermans Bend transformed into a pedestrian and cycle friendly bridge richly landscaped.  Currently the bridge is used by high speed heavy traffic with only a mean footpath on one side and no provision at all for cyclists. The bridge crosses 14 lanes of fast moving M1 traffic. Surely we can imagine a different future for this?

Hammond observed that the model for many parks is an escape from the city, whereas the High Line is in the city, of the city. That struck a chord with me as my favourite urban landscapes mix industry and nature.

Programming is fundamental to the success of the High Line – a bit like Federation Square. Hammond was more animated about the cultural life of the High Line than the plants. It was a person from the audience who marvelled at the sophistication of the planting  that looks so good at every season in spite of the harsh summer and winter conditions.

Most notably, it is Hammond’s horror that the High Line should be preserved as it is now, to remain static. He wants it to evolve and change.   In a remarkable and unusual act, he is vacating his role and wants his successor to do things differently.

He noted that the High Line has created value for everyone – for the City of New York, for developers, for businesses in surrounding neighbourhoods, for the people who visit – but none of this has resulted in a sustainable revenue stream for the Park, the maintenance of which costs about $8m a year.

Most importantly, the High Line arose from citizen action. What scope is there in Melbourne for such citizen led action and creativity in the public realm. Do we have frameworks that are open and flexible enough to enable this level of contribution, ownership and participation?