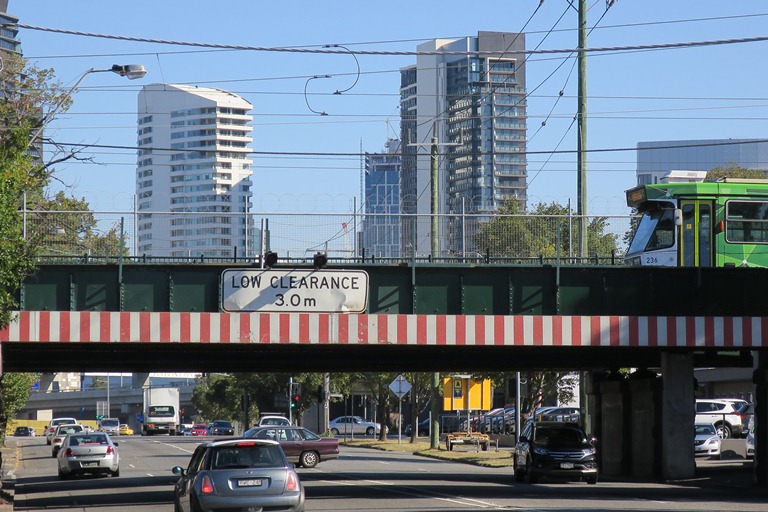 The ‘elevated’ Montague rail bridge was hit not once, but twice, this week. It has been hit at least 95 times in the past six years, according to VicRoads.

VicRoads will take further measures to alert people to the 3m height limit such as new gantries with hanging paddles that would hit the top of a vehicle before it reached the bridge. The option of lowering the road is also being actively considered.

The repeated injury to the bridge prompted the creation of the @MontagueStBridg** twitter account identifying itself as ‘Vertically challenged – just 3.0m tall! Allegedly invisible to the naked eye’. Today it provides Dyson with a visual metaphor for Turnbull and Morrison and tax reform in the Age.

While immediate concern was properly for the bus passengers in the first crash, the insult to the wider travelling public of these deliberate acts of carelessness received less attention.

The Montague Rail bridge is in the heart of the Montague precinct of the Fishermans Bend Urban Renewal Area. Permits for over 1,000 apartments are approved or under consideration in the immediate area of Normanby Road and Gladstone Street which will add further pressure to both the light rail and the road network.

This week’s crashes coincided with public debate about elevated rail.

There was no stopping between Flinders Street Station and the Pier when the first railway line opened in 1854. After all, it was the Melbourne and Hobsons Bay Railway.

A station only opened at Graham in 1888. It was welcomed with champagne and a marching band organised by the Michies, publicans at the Fitz-James Hotel in nearby Princes St.*

Over time the volume of passenger and freight rail traffic from the Pier meant that Graham Street was closed to car traffic for long periods. While this delighted the children who hung off the Grahamy gates as they were known, motorists became more and more frustrated. The Westgate Bridge demanded an efficient access route which was provided by the no frills Graham Street bridge. The bridge completely neglected the world underneath it. It erased a community of shops, a pub and a gathering place seemingly without much protest.

For decades afterwards the underside of the bridge languished. Over time, a lowered speed environment is evolving under the bridge, allowing a local world to move at a slower pace while cars move at higher speeds above.

The recent street art project under the bridge has brought life and colour to this space and achieve that most sought after indicator – children and families enjoy spending time there. Hopefully steps will be taken to further improve the space in the future.

It is how spaces are designed ultimately, that makes the difference. 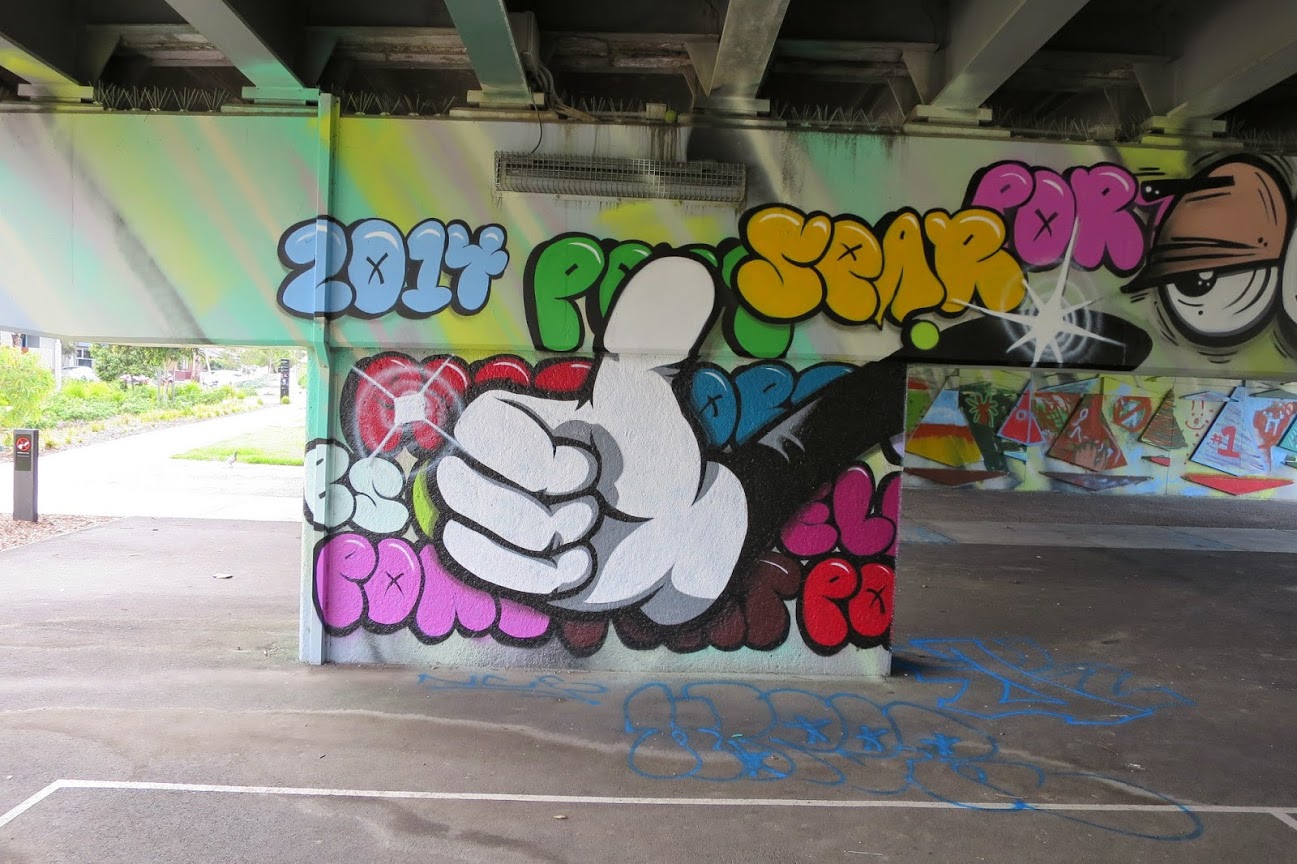 Noone has written better about crashes into the Montague Bridge than Anson Cameron. Here it is for re-reading Tight? We’ll slip by that bridge when we come to it. (January 5, 2013)