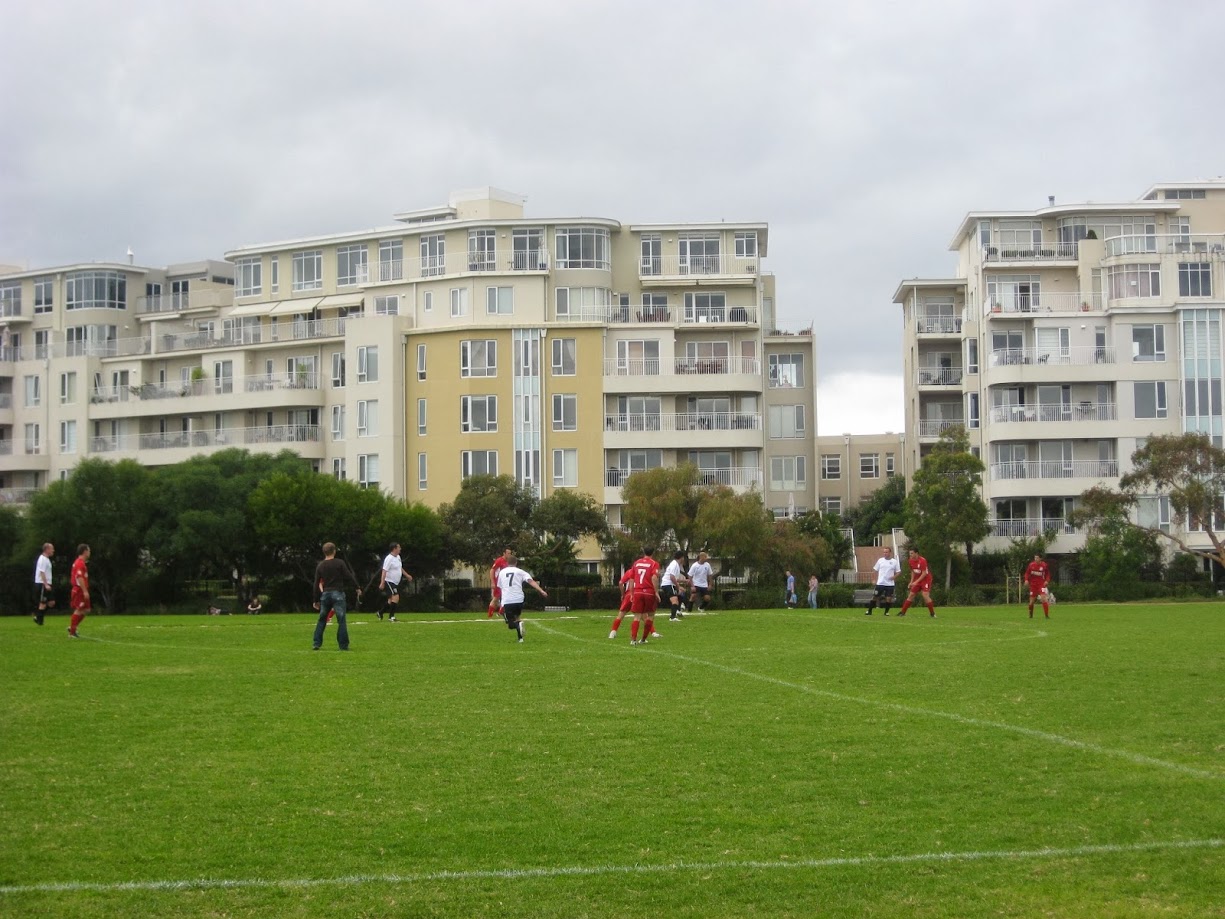 The Picture Tells a Story

Stories of transformation and transition are at the heart of Port Places. Sometimes I come across an image which really brings that home. This photograph shows the South Melbourne Gasworks and surrounding Albert Park and Port Melbourne in 1978 – forty years ago. 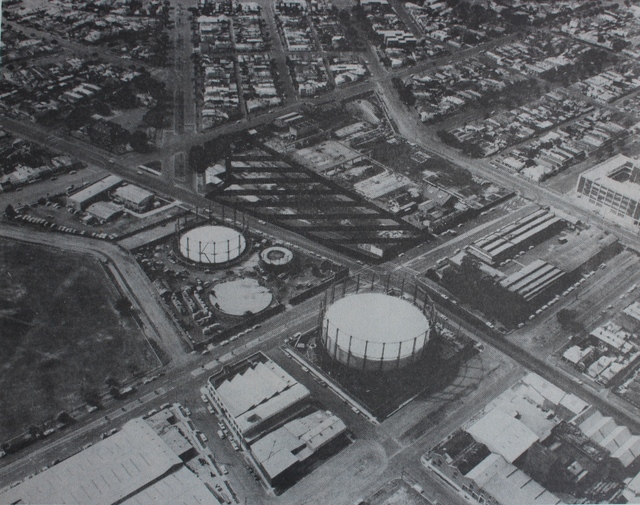 This photograph was on the front cover of a newsletter circulated to householders by the City of South Melbourne as they contemplated buying the former Gasworks site. 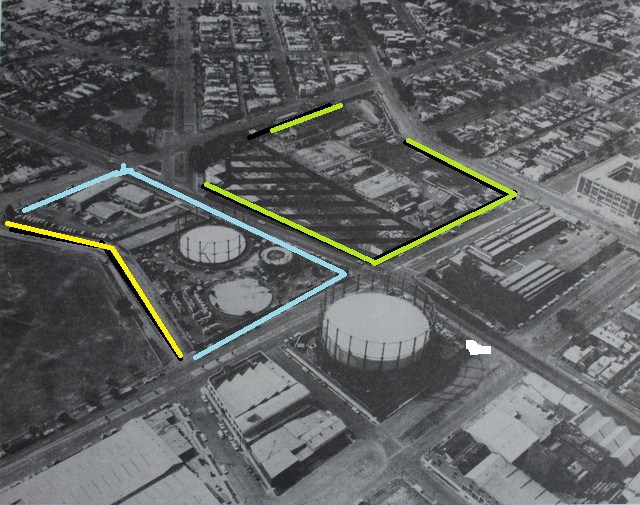 The yellow line marks part of Esplanade East. With its companion Esplanade West, it follows the shore of the former Sandridge Lagoon – a defining and shaping feature of the early development of Port Melbourne. Its long, tapering extent between (not quite) the Bay and Ingles Street is shown exquisitely in the map below. 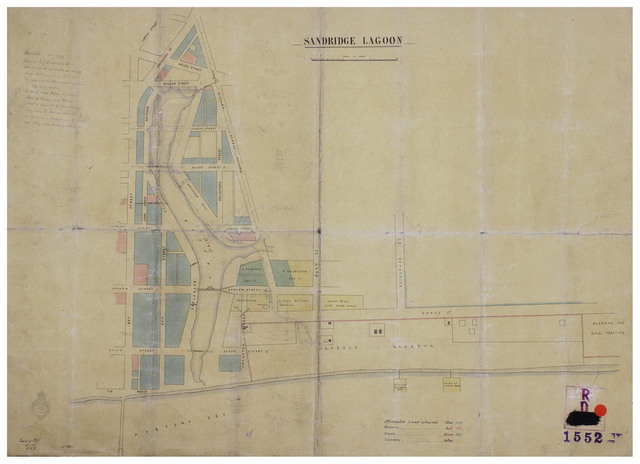 The South Melbourne Council acquired part of the Gasworks for Gasworks Park (shown in green). Extensive remediation was undertaken by the Urban Land Authority of the remainder of the 3 hectare Gasworks site.

Following its successful development of the Port apartment complex in 1999, Becton, a partnership formed in 1976 between Max Beck and Andrew Buxton, bought the adjacent site (marked in blue). The part of Esplanade East marked in yellow was sold by the government to Becton (possibly to defray the costs of remediation?) and incorporated into The Park apartment development.

Stage 4 of the Park development was challenged at VCAT in 2002 – the main issue in contention being the way the building interfaced with Lagoon Reserve. VCAT supported the Port Phillip Council’s direction in favour of a more articulated building than that proposed with greater setbacks at the higher levels – decisions which benefited the Reserve.

The Society quoted from Port Melbourne: A Thematic History  that “perhaps the most significant element of Port Melbourne’s infrastructure in terms of its ability demonstrate aspects of the history of the place, is its street layout. The original topography of Port Melbourne, is reflected in the street layout. This is most important to visualise large natural features such as the lagoon which dominated local affairs for so long.”

The road became part of the landscaped edge of the development and a pathway was created within the Reserve instead. Becton contributed to landscaping the eastern edge of the Reserve.

This edge will be the focus for the eleventh annual community planting at Lagoon Reserve on Saturday 26 May – filling in the gaps that have appeared over time.

Lagoon Reserve is now active from the dawn chorus in the trees fringing the Reserve, to the evening when dogs and owners emerge from apartments and surrounding streets for the daily gathering.

Join us on Saturday 26th! 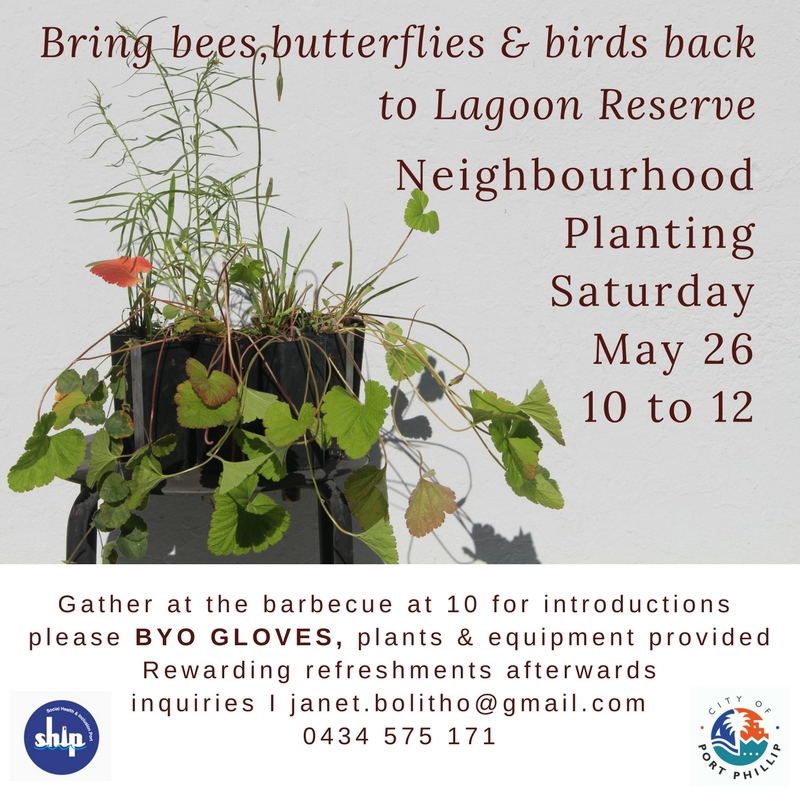