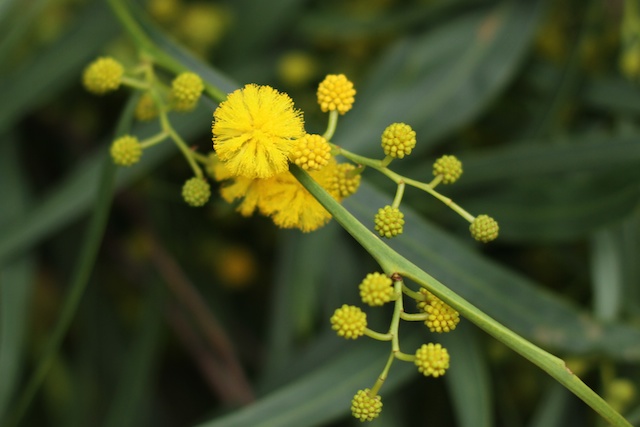 It’s yellow with wattle in parks in Port Places and like colonial journalist Garryowen/Edmund Finn I am ‘wooed by the fragrant acacias, shaking their golden blossom curls’.

In August a century ago, when soldiers returned from the war at Port Melbourne’s Town Pier at the end of Bay St, they were greeted by the Women’s Welcoming Committee with gifts of sweets, cigarettes and a bunch of wattle.

It seems so obvious that this explosion of colour after the grey cold from which we are emerging should signal a change of season. Yet we remain stuck with the arbitrary quarterly division of the European seasonal calendar. Conventionally, 1st September is also the first day of spring.

But Director of the Royal Botanic Gardens, Dr Tim Entwisle in his book Sprinter and Sprummer argues that we should forsake these seasons derived from Europe. Instead, based on close observation of plants, the seasons and the natural environment, he proposes five seasons.

But now we can ease into the names, language and story of the six seasons of the Boon Wurrung, traditional owners of this part of the world, through the beautiful new interpretation panel recently installed in Lagoon Reserve, Port Melbourne. It is one of 10 panels located throughout Port Phillip that celebrate the culture and stories of the Boon Wurrung. The signs feature the artwork of  Boon Wurrung artist Jarra Steel. 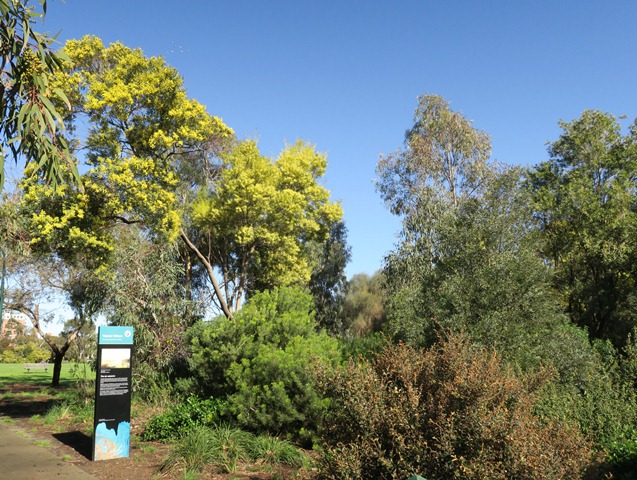 At the Liardet Street entry to Lagoon Reserve

According to the panel ‘The Boon Wurrung define the year by six distinct seasons. Each season is based upon the stars and the moon and reflected by the plants that grow and the behaviour of the animals, birds and insects.

True spring or Pareip is from September to October. It recognises the closeness of the constellation of Turt-Bul Liwurruk or the Seven Sisters. At this time, a large Ngargee or ceremony was held and visitors arrived from other clans of the Kulin nation.’

All this suggests that it is time to to re-kindle the practice of wearing a sprig of wattle to celebrate Wattle Day on September 1st  and head to the St Kilda Indigenous Nursery’s plant sale. They are at 525 Williamstown Road, Port Melbourne.

The genus Acacia belongs to the family Mimosaceae. There are some 1350 species of Acacia found throughout the world and close to 1000 of these are to be found in Australia. Acacia is the largest genus of vascular plants in Australia. (source: Australian National Botanic Gardens)