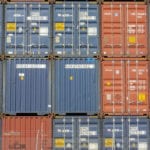 Announcements in relation to the Port of Melbourne are coming thick and fast.

Last week International Container Terminal Services was announced as the successful bidder for the new container port at Webb Dock. It is ICTSI’s first entry into Australia, although they operate ports around the world.

This week the government’s announced its intention to lease the Port of Melbourne to fund its ambitious infrastructure programme.

The Port is undertaking detailed consultation with neighbouring communities. The colour of cranes, the level of illumination of roads and paths, the nature of the vegetation – these details, so important to people living around the Port, are being worked through as people nervously anticipate what an expanded Webb Dock handling one million standard containers each year is going to mean for them.

Over recent years, the Port has worked hard to earn community confidence around a city/port and having a social license to operate. Community expectations were built into the tender processes and reflected in Minister Hodgett  announcement of the winning bid when he said “Victorian International Container Terminal Limited offered an exceptional package that  addressed the commercial, environmental, community and amenity benchmarks established by the Port of Melbourne Corporation and its expert advisors.”

The Port’s fascinating online image gallery shows the changes in cargo handling at the Port over time. From a highly labour intensive industry, the Port is moving towards a fully-automated terminal from the gate to the quayside.

Automation is offered as the solution to many anticipated concerns.

‘Will there be light spill?’  There is likely to be less light from the Port because less light is needed in an automated port.

‘Will it be noisy?’  It is likely to be less noisy because containers don’t get dropped in automated ports.

The only things that are not automated are trucks, and people’s concerns are even harder to assuage.  The assurance is offered that containers will be loaded more efficiently, make more effective use of the road network at night, and make use of technology to better organise their trips. But concern remains over the volume of truck movements that will be needed to move those 1 million containers a year.