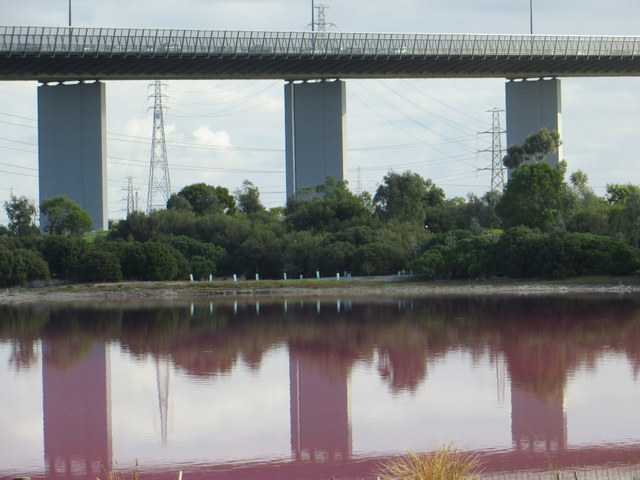 Why is the lake pink?

This is definitely the most frequently asked question about Westgate Park.

The Friends of Westgate Park website offer this explanation:

As far as we know, our salt lakes turn pink because of the natural interaction of a harmless, single cell green alga – Dunaliella salina – and an also harmless halobacterium – Halobacteria cutirubrum – in response to very high salt levels, temperatures and light.

The main saltwater lake is less than 1km from the sea and thought to be quite deep, possibly below sea level. We measure water quality indicators as part of our regular WaterWatch and for salt the concentration is measured by an instrument conducting electricity between two electrodes, expressed as milliSiemens per centimetre (mS). Salt concentrations in our saltwater lakes rose to a high of 89.9mS in April 2013 and dropped to 55mS in August. The January 2014 WaterWatch reading was 78.9mS – more than 50% higher than marine saltwater (51.5mS).

In these conditions, D.salina, growing in the salt crust at the bottom of the lake, produces the red pigment – beta carotene – that absorbs and uses the energy of sunlight to create the energy that is needed to keep salt out of their cytoplasm. D.salina is one of the oldest salt-tolerant life forms on earth.

The pink lake has become a popular tourist destination. People are finding their way around the construction site that is Webb Dock and from the river side of the Park. Social media abounds in selfies taken with the pink lake as a backdrop. 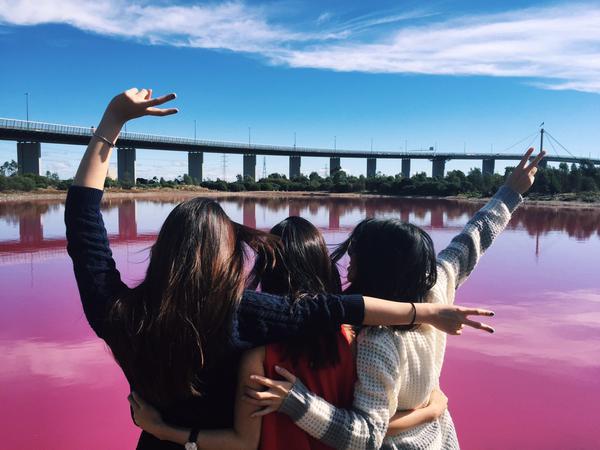 Birds generally do not favour the pink lake, though black banded stilts have been observed there. 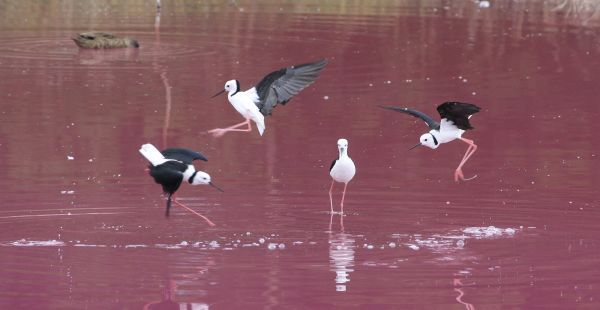 Rain falls as I write. Perhaps enough rain will fall to dilute the salt lake from its pink intensity.