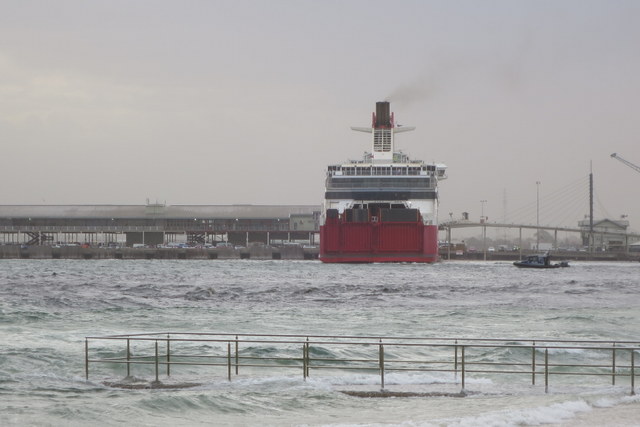 The hottest day of 2016 was the 13th January when it reached 42 degrees. On that Wednesday evening, the Spirit of Tasmania broke its moorings as winds of up to 100 kph whipped up across the Bay. It reminded Port Melbourne people with an eye on the past of the ill fated Nairana which came adrift from its mooring in Williamstown to land on the Sandridge foreshore in 1951.

The lead up to the Port Phillip Council elections was notable, not for democracy sausages, but for the bitter cold, wind and rain that tested the mettle of all candidates. October 22nd, election day, was the wettest day of October with 16.4 mm  of rain recorded. Legislation to lease the Port for 50 years was finally passed the Parliament in March.. The passage of the legislation was not smooth with a range of conditions being imposed including the requirement to prepare a Rail Access Study within three years.

In September, the Port was leased to the Lonsdale consortium for $9b. It is now known simply as the Port of Melbourne.

Station Pier remains in state hands under the management of the newly formed  Victorian Ports Corporation, as do the paths around the perimeter of the Port.

Then Port of Melbourne Corporation completed landscaping along Todd Road with generous provision for walkers and cyclists through meadows of indigenous plants. Williamstown Road was closed to Port traffic at Todd Road, easing a long standing issue for local residents of heavy vehicles on Williamstown Road. The gate at Williamstown Road is closed

Throughout the year VICT, the third stevedore at the Port, was getting ready to start business in early 2017. Five Neo-Panamax robotic ship-to-shore (STS) cranes arrived over the course of the year, altering the outlook from Port Melbourne to the west. It will be one of the most technologically advanced port operations in the world, fully automated from the gate to the quayside. VICT has a 26 year concession agreement with the Port of Melbourne. Altered outlook to the west Two parallel processes have been in train through 2016. There is a better chance of them converging in 2017.

The 30 level Gravity Tower on the corner of Montague and Gladstone Streets emerges from every perspective, and the first phase of the townhouse development 220 Ingles St is nearing completion. Both of these projects illustrate what is sought to be avoided in the final framework for Fishermans Bend – over and under-development. Meanwhile, the Government has re-entered conversation with a cautious and sceptical community, badly burned by the ill conceived plans for the area of former Minister for Planning, Matthew Guy.

There are many positive aspirations in the revised vision – about landscapes and open space, active travel, and a clearer sense of the imagined future character of each precinct. The challenge for 2017 and beyond will be translating those aspirations into implementation.

Construction of the primary school in Ferrars St in Montague is well underway with enrollments to be invited in mid-2017 ahead of the school opening in 2018. A second primary school for Fishermans Bend was announced in October.

In September, the government introduced interim development controls including provisions such as

‘All development over 40 metres in height must provide at least 30% of dwellings as 3-bedroom units and allocate 6% of dwellings to a registered housing association or provider.

These more demanding controls may mean that some of the more ambitious proposals for Normanby Road, where permits have been applied for but not yet granted, do not proceed in their current form.

The ebullient ‘SOLD’ signs of 2013 are being replaced by ‘FOR SALE’ signs as the development industry awaits greater certainty about the future planning for Fishermans Bend. Also in September the State government bought the 37.7 hectare General Motors Holden site for $130m to develop a leading design and engineering precinct.

The last Holden engine was built at the plant on 29 November – referencing the date of the launch of the first Holden in 1948.

Attempts were made at the eleventh hour to secure heritage protection for the London Hotel by appealing to the Minister for Planning. He placed the ball back in the court of Council responsibility.

Every day hotel buildings taken for granted in the local landscape are coming under intense pressure for development. The illegal demolition of the Corkman Hotel led to intensified debate about the role these buildings play in the life and history of communities. There is a growing sentiment that somehow it is the social life that is and has been led in these buildings rather than the quality of the building fabric itself that warrants protection. Looking dark for the London Hotel in Port Melbourne

End of an era

Sad to see Dugga Beazley, legend in Port Melbourne, exit from the fishing industry as the government moves to phase out commercial net fishing in Port Phillip Bay. The last word has to be with the Montague Street Bridge. The Montague St Bridge came to life as a personality on twitter in February with 3,256 followers. The gantry installed to alert drivers to the 3m height limit seems to have acted as a deterrent. The frequent crashes into the Bridge and the traffic mayhem that ensued revealed Melbourne’s vulnerability to old infrastructure under more intense pressure from population and development growth. That’s a wrap! If I’ve missed something important, do let me know.