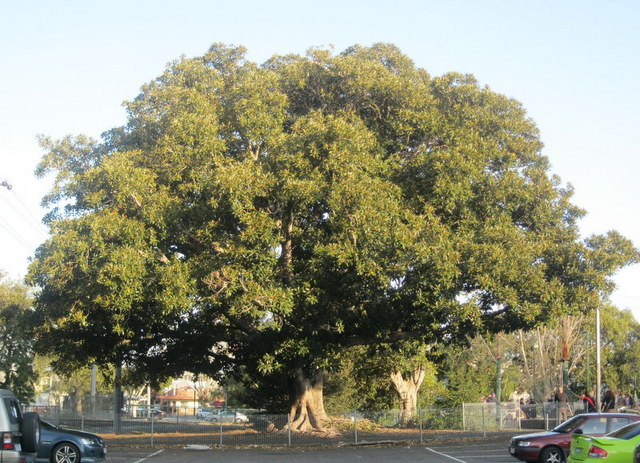 North Port is stop 127 on the 109 tram service. Not just a tram stop – a place.  Could it be the best on the Melbourne tram network?

Step off the 109 at North Port straight into Port Melbourne’s Railway Reserves – the hugely generous legacy of parkland set aside when the first railway line was built in Victoria in 1854. This linear park extends on both sides of the Railway line from the beach to the northern boundary of Port Melbourne.  The Reserves are wide enough to easily accommodate a shared walking and cycling path as well as avenues of trees, (though some of them are in decline). A recurring landscape theme through all sections of the park are the low stone walls built by Port Melbourne Council workers and documented in photographs taken by one of their number, Jack Gould. The walls are just the right height for children to walk along, and for sitting in the sun.

Port Melbourne’s early settlement was confined between the railway to the west and the Sandridge Lagoon to the east. As you can see, the settlement tapered towards the north. The location of North Port, which opened many years after that first railway, is marked.

North Port was once a fully manned station where you could buy a ticket to anywhere in Victoria. During the depression it is said that people in the country would send down rabbits to their struggling relations. This was the station where workers spilled from trains to factories like Malcolm Moore during the week and where opposition supporters fled from hostile Port football supporters after a bad umpiring decision at weekends.

Since the last train ran on the line and was replaced by light rail in 1987, incremental improvements have been made around North Port.

When the car park was closed at North Port for gas renewal works in 2008, it was never re-instated. Instead, it returned to park land.

Here are just some of the fine features of North Port:

(1) The massive Moreton Bay fig, Port’s largest tree, a sentinel over the stop on the western side.

(2) At this time of year, the profusely flowering cootamundra wattle envelops the stop.  Intriguing banksias in various stages of development provide an alternative to the phone. 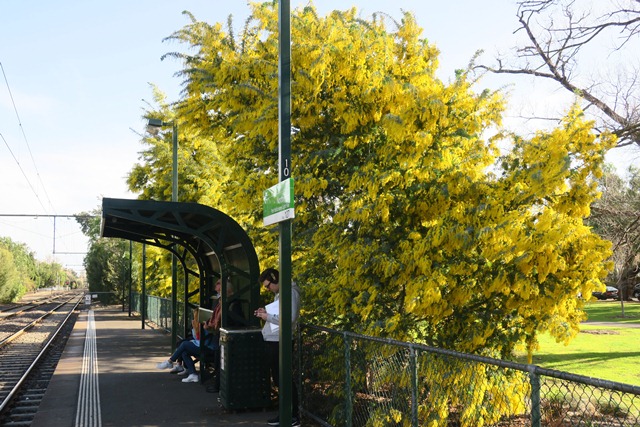 (3) Where the carpark used to be, a Peppercorn tree shades a bench that fits neatly in a gap in the wall. 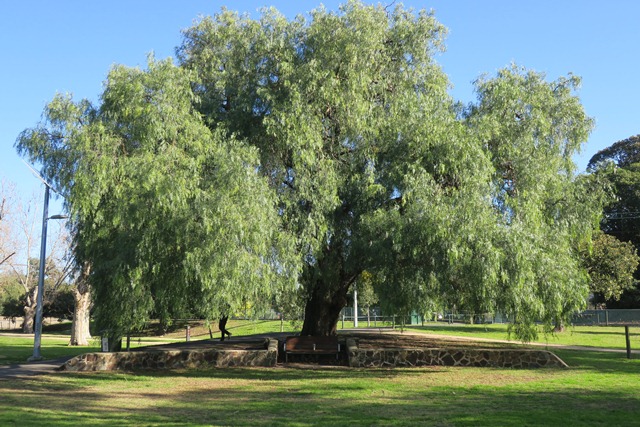 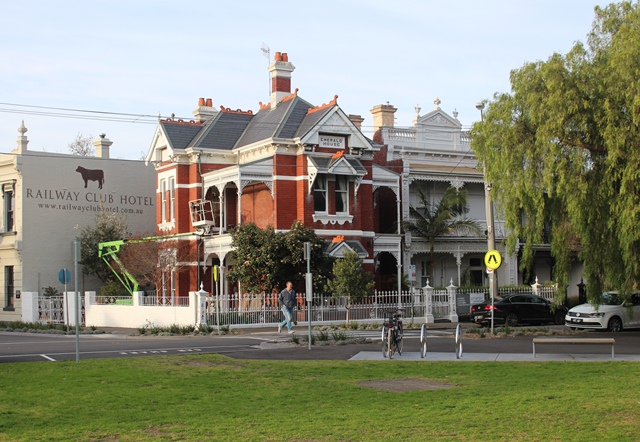 James Coulter, who built Emerald House in 1901, also held the license for the Albion Hotel on the other side of the railway line.He writes to the local paper complaining about ash fall out from Kitchens factory nearby, and offers helpful suggestions to the authorities on how to dampen dust from the growing number of motor vehicles using surrounding streets.

I think Mr Coulter would have welcomed the changes to North Port.