A weekend in Port Places 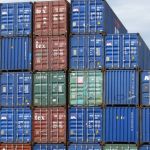 There’s been a bit of housekeeping on Port Places this weekend, especially in the Port Houses section. Port Houses intends to record every house that is demolished in Port Melbourne and what replaces it. After observing a few houses through this transition, I will use this typology to describe the different stages to the process: “before, changing hands, transition, cleared site, rebuilding, occupation.” I have redone a few properties like this – 227 Esplanade West for example.

227 Esplanade West is one of my least favourite houses in Port, both before and after. Interesting that such an indifferent house should have been replaced with something even more insensitive to its context. Replacement buildings are, at least in theory, supposed to exhibit design excellence and be superior to the buildings they replace.

Then an urban adventure on the bike up the Maribyrnong River to Pipemakers Park and returning with the wind at our back via the Punt through Westgate Park. Jessie Deane describes the qualities of this Port Places landscape so well in the introduction to her recent exhibition Needlepoint West

‘paradox is important in my work. I’m drawn to oppositional forces and attracted to counterpoint. I find examples of contradiction wherever I look in the western suburbs. I love living in the west but hate breathing the air. I love the urban landscapes and the shapes and colours, but hate the hum of traffic. I love the view from the bridge but always remember the tragedy that has befallen it. .. I love the piles of containers on ships and on land.’ 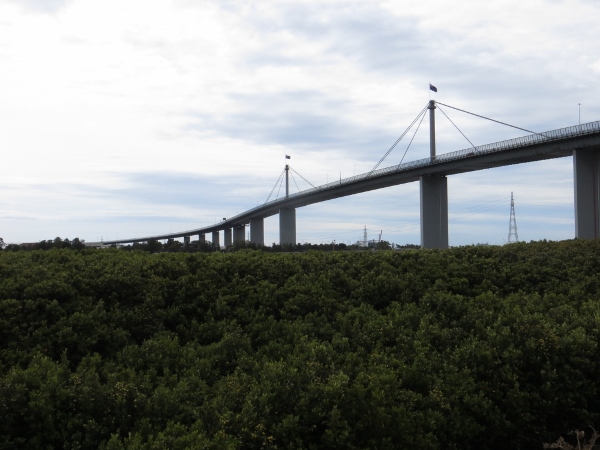 This image from today’s ride best captures that sense of paradox  – white mangroves in the Stony Creek Backwash underneath the Westgate Bridge.

On the way home, we did a bit of Yarra housekeeping on the river bank – picking up a bagful of polystyrene from what I am going to start calling ‘Westgate Punt Beach’ for identification purposes.

Meanwhile the future of Holden and the Australian car industry looks increasingly uncertain. In Port news, BMD Constructions has been appointed to deliver the roads and buffer component of the Webb Dock expansion project. Works are due to begin early in the New Year.