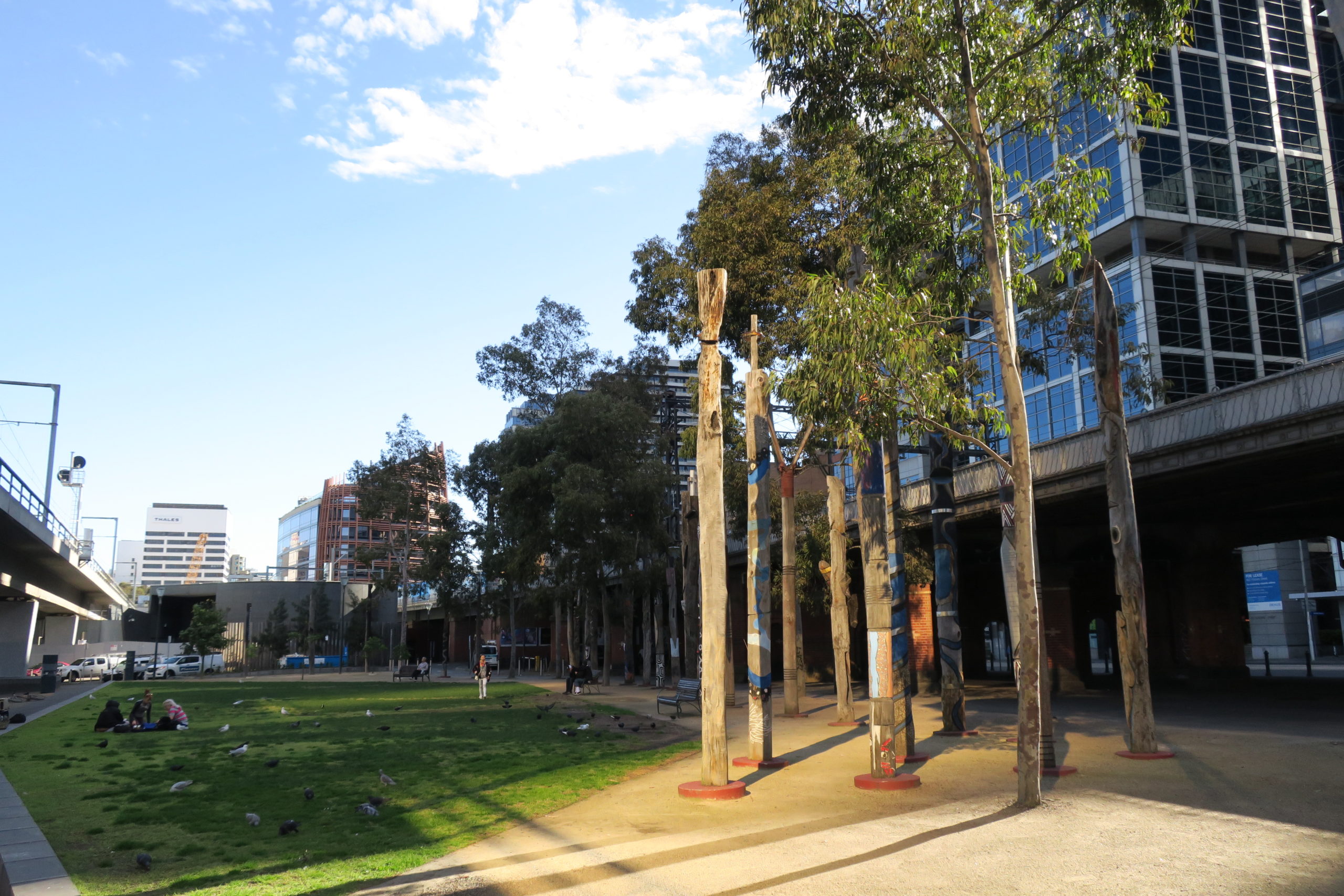 This morning Lord Mayor Robert Doyle raised the Melbourne Flag in a ceremony at Enterprize Park. The park is named after the place where the first settlers came ashore from the Enterprize  ‘and at once began to put up their tents’. 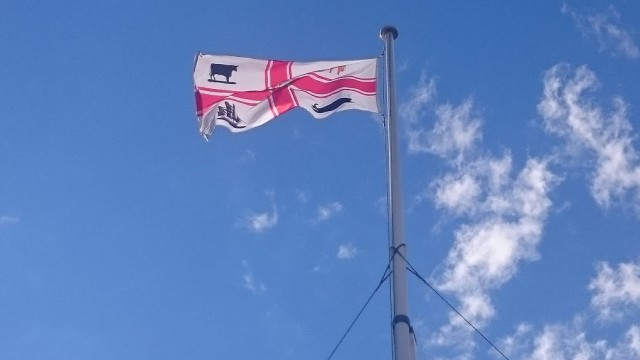 The Melbourne Day flag and its symbols: fleece, a bull, a three masted ship and a whale – the early foundations of Melbourne’s wealth

Why a sense of unease?

On sunny yesterday, I visited Enterprize Park to get a sense of the place.

There are many crossings between Flinders Street and the Yarra River. Pedestrians are provided for but not prioritised in this founding place.

Down a  few steps from Queen’s Bridge on the Yarra’s edge is Constellation – a series of five bold sculptures by Bruce Armstrong and Geoffrey Bartlett marking the Turning Basin. They line up to face the River. The five figures look proud and purposeful, and seem to be almost sniffing the sea. 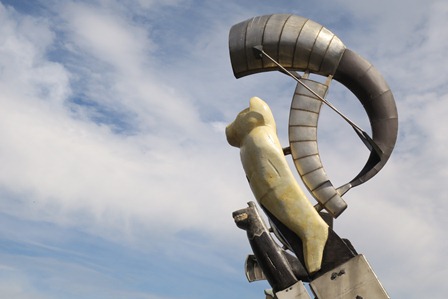 But as blogger Everyday Melbourne observes ‘not many people pass here’ compared to the people thronged Southbank opposite.

More recently Enterprize Park has become better known as the place where many rough sleepers have set up camp under the shelter of the overhead railway bridges. It is here that Wayne ‘Mouse’ Perry was murdered in January 2014.

While I was exploring, workers were using high pressure hoses to clean the area and any evidence of rough sleepers in preparation for the ceremony the following day. The tributes and memorial to ‘Mouse’ were carefully respected and people’s belongings put in the sun to dry. Disinfectant was in the air.

When I returned in the afternoon, hoping for better light for photographs, some people were moving straight back in.

The site of the flag raising itself is a mere scrap of open space next to the extension of William Street.

At the northern end of the park towards Flinders Street, 30 scar trees reference the language groups of the Kulin nations and ‘remember the wounds that accompanied the settlement of Victoria and Melbourne’. Each scar tree exhibits the work of the respected artists who created them, full of detailed richness and poignant references. 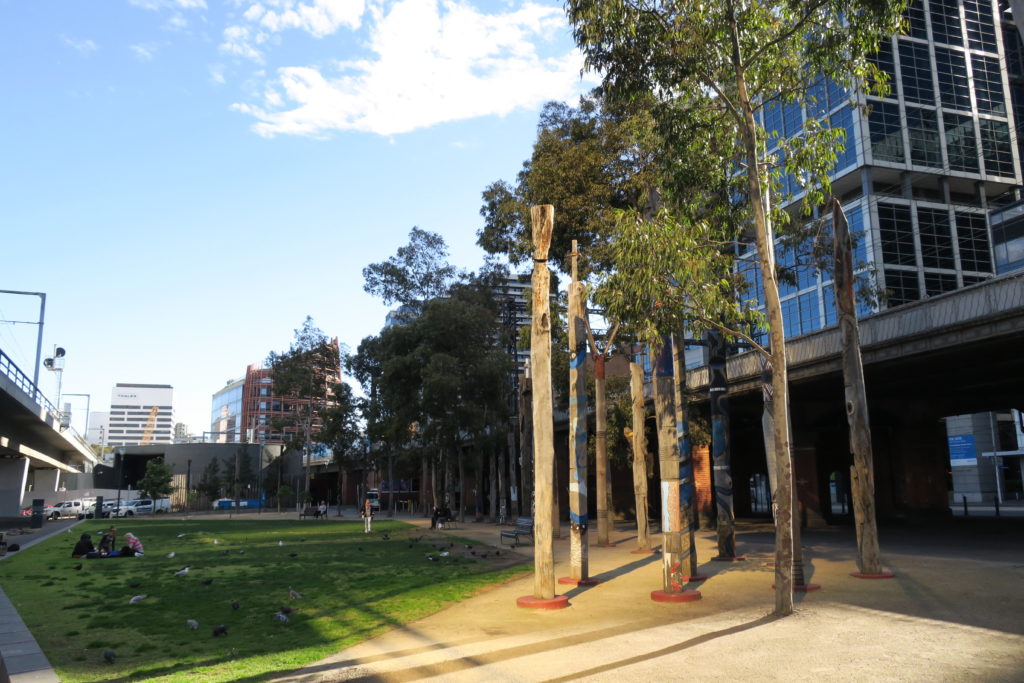 Enterprize Park is an island of history, cut off from the city which gives it context and meaning by roads and bridges.  It’s separated from the original Customs House, now the Immigration Museum, with which the Yarra River and the turning basin were so closely connected.

Enterprize Park expresses the discomfort around past events and present challenges facing Melbourne such as the manner of Melbourne’s settling, the striking increase in homelessness in the City of Melbourne in 2016, and the under side of Melbourne’s liveability.

Enterprize Park is an unhappy place shaded by the railway bridges and the buildings to its north. Nevertheless it is a fundamentally important place in Melbourne’s unfolding story. Great artists have given heart and soul to responding to the complexity of the interactions that have taken place here for which it hard to find words.

Bruce Armstrong: An Anthology of Strange Creatures is on at the NGV until 29 January 2017.