What does Melbourne’s birthday mean to you?

There were celebrations on the river today to mark the founding of Melbourne on 30 August 1834.

The Melbourne Day website skates thinly over the circumstances of Melbourne’s founding.  Bain Attwood in Possession: Batman’s Treaty and the Matter of History (2009) suggests that the way these anniversaries are commemorated tells more about how we see ourselves at a particular point in time, and less about the actual events they recall. 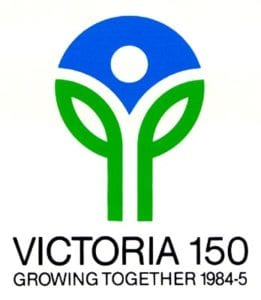 Logo for sesquicentenary of Melbourne and Victoria

On another anniversary, the sesquicentenary of Melbourne and Victoria in 1984, Westgate Park was given to the people of Victoria. The theme of the sesquicentary celebrations was ‘Growing Together’ – very apt. The 54 hectare park, created following the completion of the Westgate Bridge, added to the network of Melbourne’s city parks. It was boldly imagined as a very different park, planted with native vegetation, and sculpted into a new landscape with demolition waste from Melbourne construction sites.

The value of that farsighted 150th birthday gift is perhaps yet to be realised.