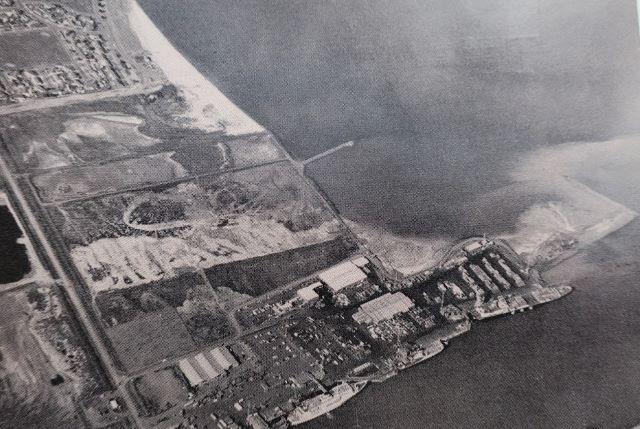 On 6 October, the Port of Melbourne released the 2050 Port Development Strategy, a key focus of which is future planning for Webb Dock.

‘The development of a thriving port is never completed’ wrote J. B. O. Hosking, Chief Engineer of the Melbourne Harbor Trust in 1952 as he introduced the works around the Port for that year.1

Among the projects was ‘dredging the River Entrance dock where, in but a few years, the mightiest liners in the Australian trade will be handling the world’s commerce.’ That River Entrance Dock became Webb Dock. It has been expanding into Hobsons Bay ever since from that stubby beginning.

The River Entrance dock was explicitly designed for the Tasmanian trade. The Australian National Line commissioned the first specialised roll on, roll off vessel, the Princess of Tasmania, from a shipyard in Newcastle, Australia. She entered service at Webb Dock in 1959.

From the start it was recognised that while the River entrance dock was an ideal location for shipping, it was deficient on the land transport side in not being connected with rail. As early as 1952, the Co-ordinator of Transport asked the Victorian Railway Commissioners to start looking for a route for a railway to connect the new docks with the railway system.

In the 1970s there were attempts to secure a rail freight route along Howe Parade and the Boulevard in Port Melbourne which were fought off by residents and subsequently abandoned. A route was finally approved, running through (what became) Westgate Park and along Lorimer St. The rail link was jointly financed by the State Transport Authority, the Port of Melbourne Authority, and the Australian National Line.

The short lived Webb Dock Rail link opened in 1986. Even as it came into operation, road transport was becoming more price competitive and the appetite for rail was lost. The connection over the River was severed in 1992 as part of the development of Docklands. But the hard won rail reservation remains. It has lain fallow but its time may be coming again.

Just for getting a sense of the dimensions: Northern Jaguar, pictured above, is 333 m long, with a beam of 43 m (width at its widest point). The ships of the future are anticipated to be 370m long with a 51 m beam.

Moving the Tasmanian trade to Appleton Dock will enable further intensification of Webb Dock. A new container berth at Webb Dock is also proposed. With the projected growth in containers, it will not be tenable for all of them to move by road. Port of Melbourne forecasts show that, without intervention, Port traffic could grow from 11,000 trucks per week day in 2016 to up to 34,000 in 20502. To avoid this scenario and keep traffic within manageable limits, a freight rail link is needed – urgently. The Port wants the rail link to be in place by 2035. Fifteen years is not a long time to plan, fund and implement such a massive infrastructure project.

Where will the freight rail link be located?

While everyone subscribes to the principle of more freight on rail, in practice the alignment raises several matters for people living in Port to be aware of.

The freight link and associated rail terminals are proposed to be located on the east (Port Melbourne side) of Webb Dock – the Webb trail where people have found such enjoyment during lockdown. The open space is proposed to be replaced through further land reclamation.

The rail freight link would follow the existing alignment through Westgate Park and along Lorimer St before crossing the River adjacent to the Bolte Bridge. It will be at grade in some places and elevated in others so as to preserve access to businesses along Lorimer St.

The strategy was largely developed before COVID-19 but the Port seems to regard the downturn in the economy from COVID-19 as temporary and not likely to affect their plans in the long term. 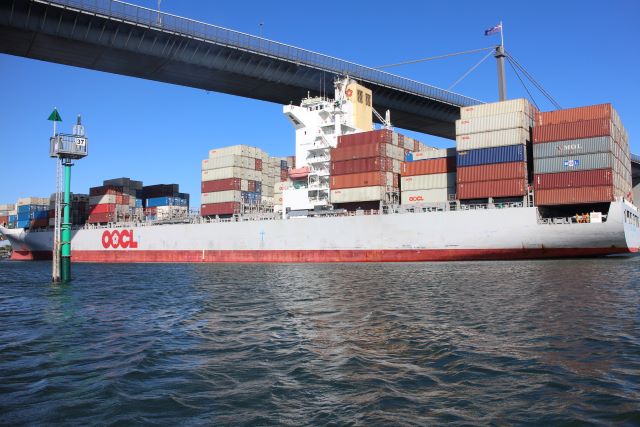