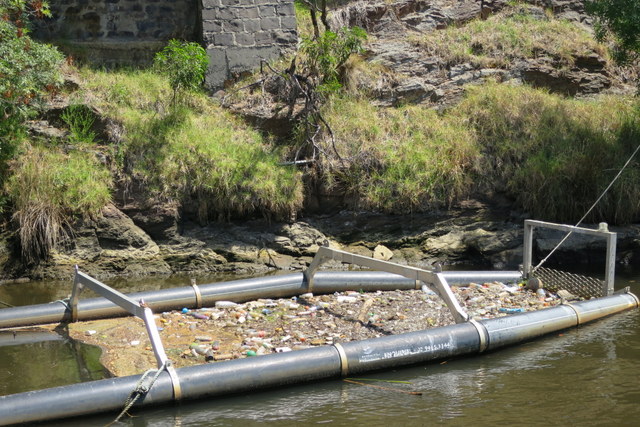 The Yarra River, the rain, and urban stormwater solutions

Last week’s rain was such a relief. It soothed the surface of the parks and gardens.

The 21.8 ml of rain that fell on the roads and roofs rushed down the kerbs and channels carrying everything before them into the Yarra River and the Bay.

It had been a litter and stormwater kind of week.

Before the rain, litter hot spotters  traveled the Yarra River looking at the litter captured in traps along the length of the River. Any litter caught here doesn’t make it to the Bay, but look at the volume! This is just two weeks worth.

One of 12 litter traps on the Yarra River. In 2014 they collected 928 sq m of litter and plant debris

At the Royal Botanic Gardens later in the week, we learned how stormwater from Anderson Street, South Yarra feeds into  Guilfoyle’s volcano to be cleansed of the nutrients it contains by the floating islands. The water is gravity fed into the ornamental lake which also acts as a reservoir for the irrigation of the gardens. It’s very charming, though a little disconcerting, to see the islands self propel. Amazing to see here what these islands looked like at the start of this ambitious project which contributes to the Garden’s massive irrigation needs. 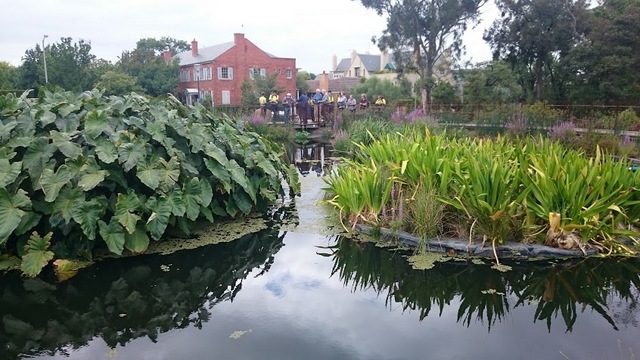 But this is not all. The treatment of stormwater is a system throughout the Gardens. Stormwater  from the Morrell Bridge corner of the Gardens progresses through a series of these plant filters before being released into the lake. They also give effect to Guilfoyle’s words on the interpretation panel, ‘to bring before the public in special spots scenes of beauty.’ 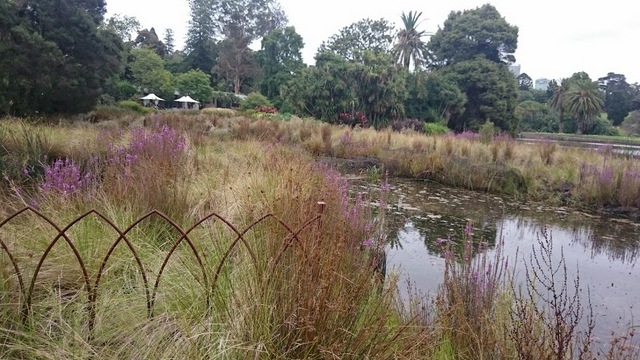 Westgate Park and the lower part of the Royal Botanic Gardens were once part of the Yarra River system – when the river’s edge was porous and spread out across the low land, before its curves were straightened and its banks neatened and tidied.  The swamps inhibited development and were filled. Ornamental amenity lakes were created. Now the lake is separated from the River by Alexandra Avenue.

Across the world, wetlands systems large and small are being built to clean stormwater, to create pleasant places and for habitat.

This week research from Deakin University received exposure on the potential of swamps and wetlands to act as carbon sinks. “Apart from the restoration and protection of regional public wetlands, new housing developments could also include more water features – and even rural dams could be turned into effective wetlands through growing wetland plants and other small changes,” said Dr Lester.