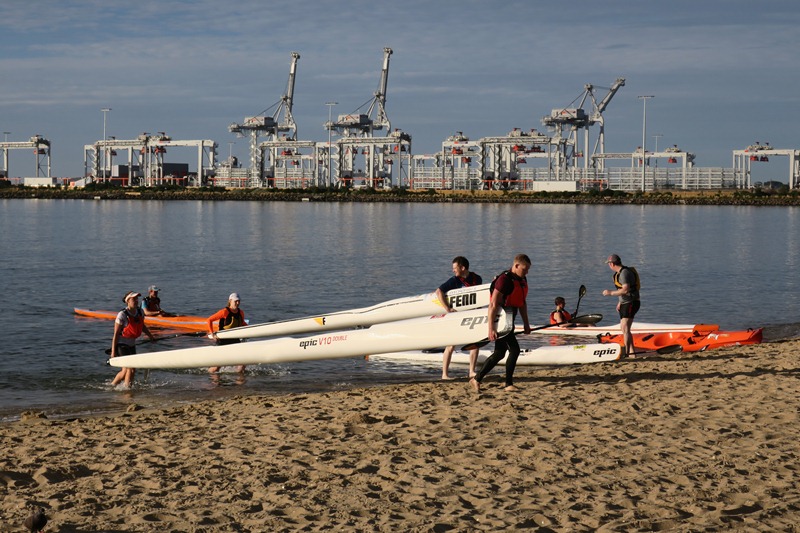 Living with the Port

It closed with a ‘resolution’ of a three week long industrial dispute between the MUA and VICT. The union may have won this round of the battle, but it is hard to see them winning the war.

Meanwhile, in the foreground of the automated terminal, Port equipment from an earlier era has been skilfully re-purposed to create a very popular playground. 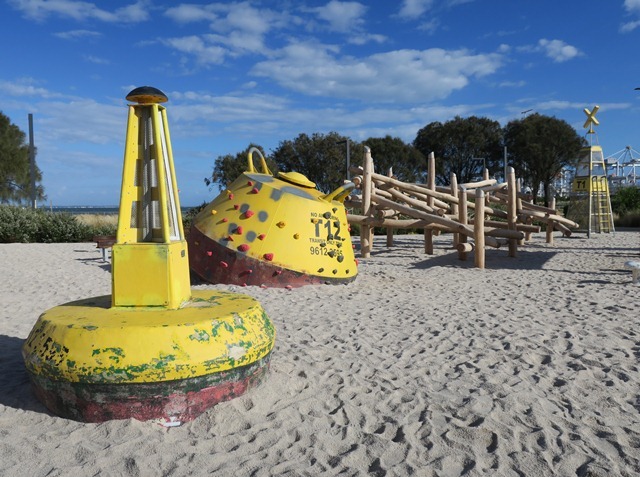 Since vehicle manufacture ceased in Australia with the last Holden off the production line in Adelaide on October 20th, all cars are imported to Australia. They arrive by car carrier for distribution at MIRRAT, also at Webb Dock.

In a report released in May, Infrastructure Victoria recommended Bay West as the preferred location for a second Port when Port capacity reaches 8 million TEU around 2055. Infrastructure Victoria was set up to provide arms length advice to government but that does not necessarily mean that its advice will be taken. Whether it is or not, there will be a very significant intensification of Webb Dock over the next forty years with associated implications of hugely increased truck traffic.

The lights are on and there’s washing on the balconies as people move into recently completed developments in the Montague Precinct of Fishermans Bend. The Gravity Tower (Montague x Gladstone St) was completed this year. The carpet of townhouses on a concrete cap continues to roll out at 164 Ingles St. Fitting more comfortably into Gladstone Street is BPM’s Nightfall,  a medium-rise development of 8 levels. 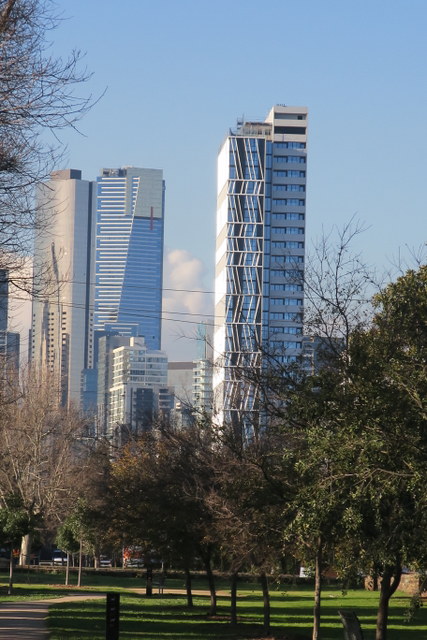 Gravity Tower by Plus Architecture

In November, a draft framework for Fishermans Bend was released for consultation, just over a year after the Vision was adopted. The planning controls which will translate the aspirations of the framework into the shape of the buildings and streets will be put to the test of a planning panel likely to begin hearings in early February.

The various components of the Ferrars Street Education and Community Hub which will be the heart of the Montague precinct are taking shape. The Primary School will open for the 2018 school year though the building will not be fully complete by then.

The school in Ferrars St, December 2017

Ferrars Street, now incorporating decent bicycle lanes, has been opened to two way (local) traffic at City Road for the first time since it was closed in the late 1970s to prevent rat-running to the Westgate Bridge. The traffic signals support pedestrians and cyclists. This may seem like a small matter but it’s an important re-connection between the emerging Montague precinct and South Melbourne – especially the Market.

Contractors are working night and day on upgrading stop 126 of the 96 tram route stop – right outside the school. 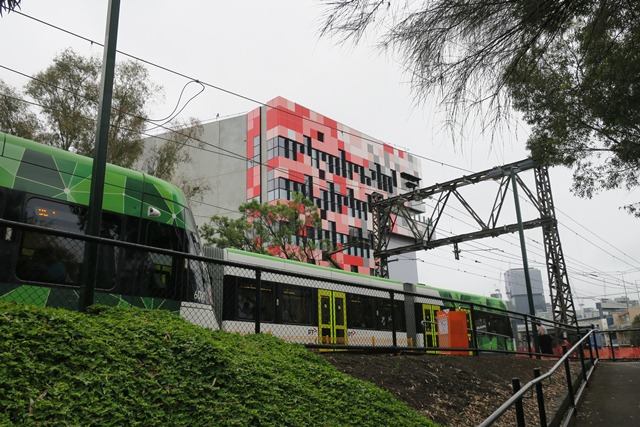 An ongoing concern remains the number of planning applications on Normanby Road, submitted early but not finally resolved, to which the previous framework still applies.

This month R Corporation achieved an approval for the former Oxford University Press site on Normanby Road for two towers of 37 and 40 storeys after taking the Planning Minister to VCAT for failing to decide their application within the required timeframe. The approved proposal, also designed by Plus Architecture, has been improved through the inclusion of 30% of 3 bedroom units and minimises overshadowing of Fennell Reserve.

Several other applications and permits have been re-worked through the year generally resulting in improved, though not radically different proposals.

We lost some old friends this year.

Demolition of the London Hotel began on 7 March, bit by bit, until only a stub of the original building remained. It was the end of an era in more ways than one. John McClusky, founder of the law firm McCluskys in Bay St, who had grown up in the London Hotel, died. His mother was the publican. The planning application for the replacement building is headed for VCAT in the new year as the applicant appeals the conditions of Port Phillip Council’s September approval. 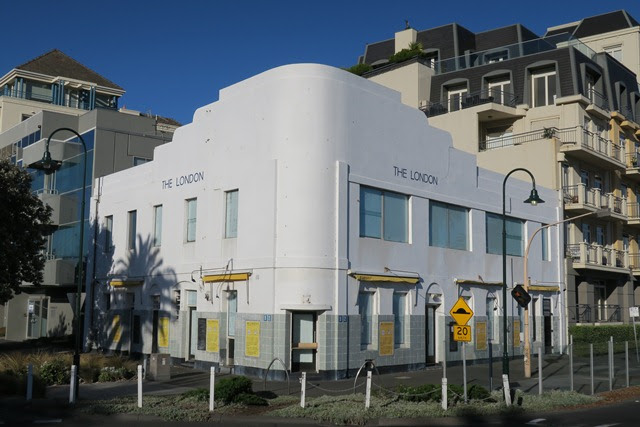 The London was one of several pubs lost in inner Melbourne. While there was much commentary and debate, it has proved difficult under the current heritage planning arrangements to translate the social history of these loved heritage places into protection of the buildings.

Other familiar buildings that have been part of the landscape disappeared from view when Sandridge Motors was sold following the owner’s retirement and demolished shortly afterwards. 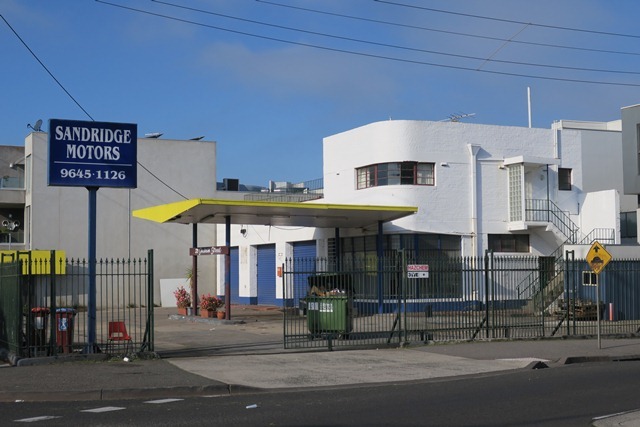 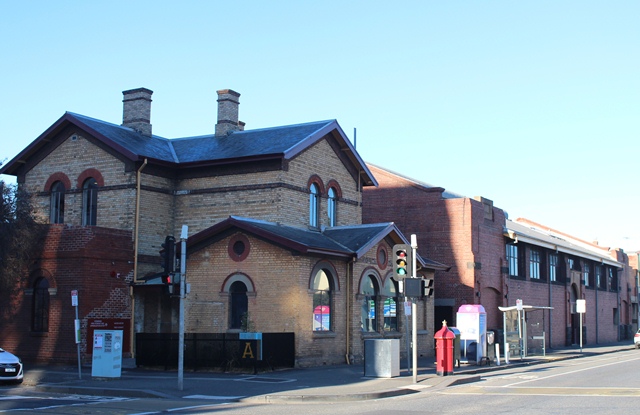 The refurbishment of the former Pickles St infant school is underway to add to the sprawling Albert Park College campus.

The 1-7 Waterfront Place saga continues. The site continues to be an embarrassing blight in the precinct. The planning application, refused by council, heads to VCAT in the new year.

It was a momentous year for the Port Melbourne Football Club and not only because Port Melbourne beat Richmond to claim the VFL Premiership in a nail biting final –  11.8 (74) to 10.10 (70).

In a long overdue move, the Port Melbourne Football Club appointed women directors to the Board in May –  Kerry Ashbrook and Jen Pryor. The Club also committed to a Girls and Women’s football pathway which will allow players from the Port Colts junior and senior women’s teams to have a pathway to the Borough. PMFC is aiming towards a VFL Women’s Team bid for 2019. 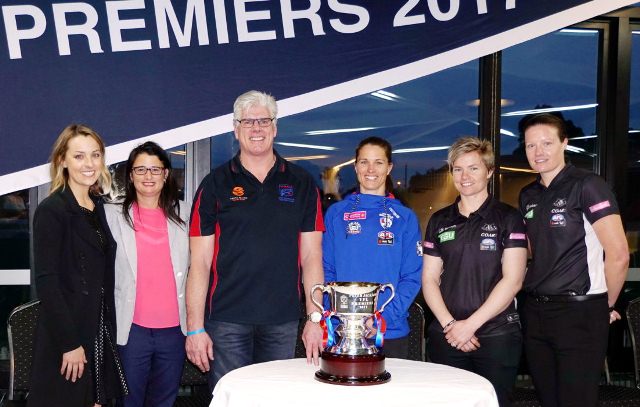 The year closed with the retirement of captain Toby Pinwill described by Phil Cleary as ‘a tribal warrior of epic proportions’. He could easily have slipped into Game of Thrones as Lord Commander of the Night’s Watch.

How the relatively modest Western Distributor project aimed at getting trucks of local roads morphed into the West Gate Tunnel is a perplexing question. The state government’s enthusiastic support for the project has disappointed and angered many in the inner west as well as in the City of Melbourne which has worked for decades towards reducing the impact of cars on the central city.

City of Melbourne Councillor Arron Wood summed it up in a tweet ‘this is set to gridlock West Melbourne, North Melbourne, Docklands and an already congested Melbourne CBD. A turning point for inner city liveability in the wrong direction.’

The West Gate Tunnel will be a major issue in next year’s state election.

Marriage equality finally passed into law on 7 December after a protracted postal survey conducted between 12 September and 7 November. The electorate of Melbourne Ports had the third highest vote in support of same sex marriage in the country – 82%.

Throughout the year there has been public discussion about remembering and memorialising – who is remembered and how. 2017 marked the formal and final transformation of a road into a public and civic open space when a section of Foote St became Lemnos Square – commemorating the Anzac nurses and the association with Lemnos. 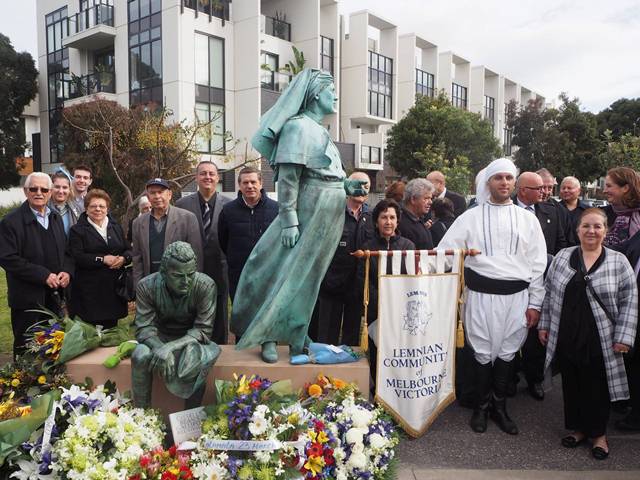 The shadow of the world

The presence of the the vast USS Bonhomme Richard at Station Pier for six days in late August was a tangible reminder of the escalating tension between the US and North Korea and the greater threat of nuclear war following North Korea’s series of nuclear missile tests. 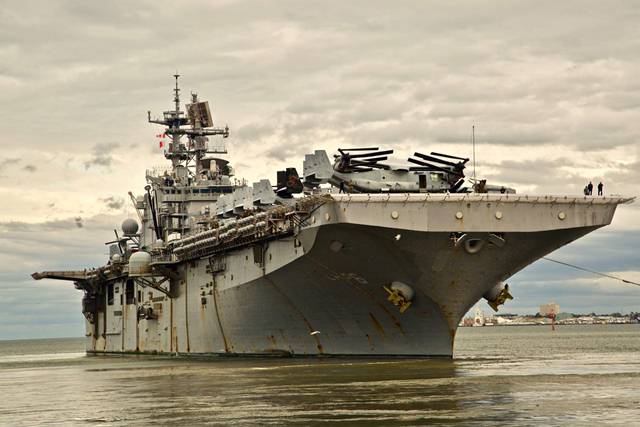 I nominate the Neo Panamax cranes at Webb Dock as the symbol of the year. Lives in Port now play out against the backdrop of these five sentinels as unease grows and debate continues about the impact of automation on jobs and society. 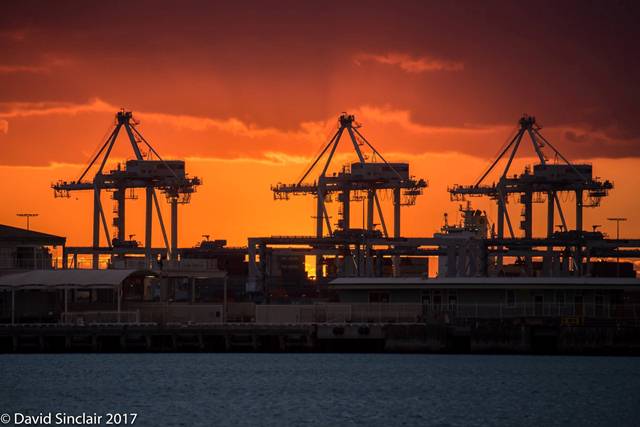