Reflections from a return visit to South Africa after 37 years

Aliens. This is the word used to describe invasive plants in South Africa. The list of invader plants includes several of the wattles now flowering in Port, heralding the change of season. Australia’s floral emblem, acacia pycantha, is among them.

Had I not made such a wholehearted commitment to the banksia in all its forms, I would have been re-seduced by the extravagant boldness of the protea, once taken for granted like giraffes and impala, in the country of my birth. 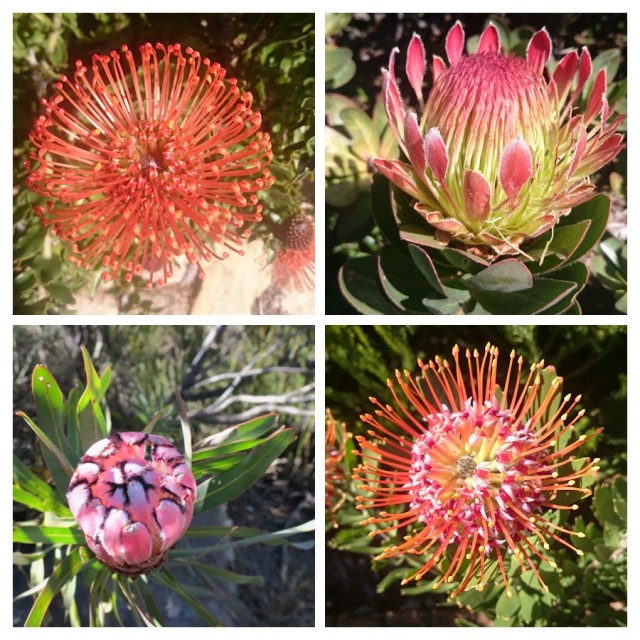 Proteas are one of the amazingly diverse species that make up fynbos, the locally indigenous vegetation of the south western tip of the Western Cape. We have seen fynbos wild on the rugged mountain slopes of the Hottentots Holland Mountains and in cultivation in the Kirstenbosch Botanic Gardens on the slopes of Table Mountain.

The setting of the Kirstenbosch Botanic gardens is so magnificent as to almost overwhelm the appreciation of individual plants.

It’s not even protea flowering season but a lone flower appearing on a large bush allows appreciation of the individual specimen.

The sobering garden of extinction at the Gardens profiles rare and endangered local plants that might soon disappear off the map. One of those is the silky shimmering silver tree, a type of protea that is at home right there in the Gardens, on the cool south facing slopes of Table Mountain. It is rare and could face extinction in the wild. 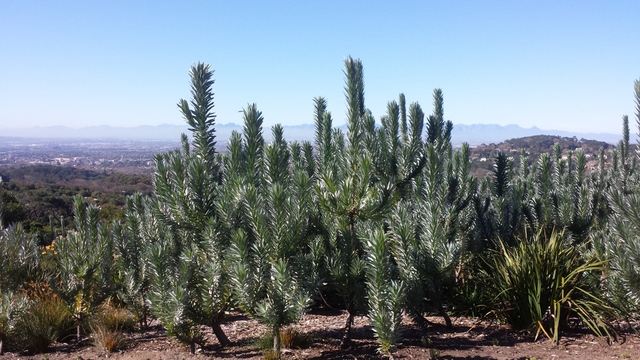 St Kilda Indigenous Nursery (Skinc) specialise in the locally indigenous plants of the sandbelt of Melbourne. They are having a spring sale from Thursday 1st September to Saturday 3rd 10am – 4pm.  They are at 525 Williamstown Road, next to the Port Football ground. Get curious about our local plants.

Other words we have learned

Born frees: those born since 1994 in the post-apartheid era. There is vigorous debate about whether they are truly ‘born free’.