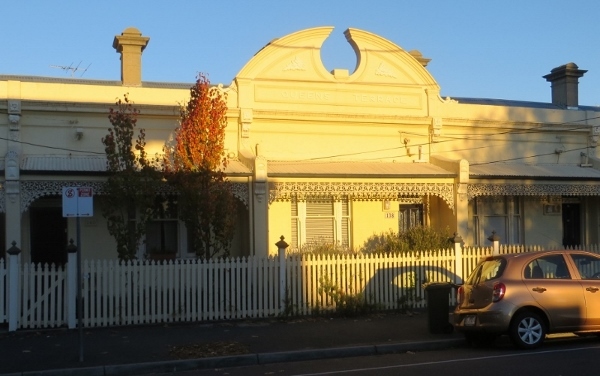 Battle for our Buildings

Some reflections on this Open House Melbourne discussion on heritage

The session left a slightly dissatisfied and unresolved mood since it was so apparent that even those excellent panelists could offer no ready, simple answers to the complexities of the accelerated loss of heritage fabric in Melbourne.

I heard a person say afterwards –  ‘I’m exhausted’ – and he was not referring to the sort of day he’d had. Perhaps there was a weariness in the long room of the many people who have been fighting to save places they love in neighbourhoods around Melbourne. There was a sense that people are overwhelmed by the pace, scale and intensity of change in the city and surrounds.

Marcus Westbury inclined in every response to focus on what brings life to buildings, cities and places. Not a heritage professional, he brings a more lateral approach to heritage. He is as concerned as anyone that we are ‘losing fabric and the context of our urban environment’ and that we may look back on this period as if ‘we were asleep at the wheel.’

Everything about Westbury is verbs – using, living, creating – whereas, as he put it, ‘the preservation instinct of heritage’ can have the effect of locking out life and activity. Heritage protection can perversely freeze buildings in time, not allowing change. It can lead to protected buildings being cordoned off for years, leading to ‘demolition by neglect’. Practically, restoring large and significant heritage buildings is hugely expensive. Heritage protection can result in islands of preservation in an ocean of change. As buildings lose their context or become isolated, they lose their meaning. The building may be saved but the precinct is lost. He rued the uniform pattern of development that is emerging along tram corridors. Diversity, that very Jane Jacobs attribute of a good city, is lost. As he pointed out, in Europe where most buildings are old, they are continually being adapted. Heritage protection is good at protecting individual buildings but less successful at protecting precincts and details such as signs and blue stone lanes.

Chris Johnston from Context embodies in every utterance the respect which she thinks should be brought to heritage questions. She suggested that there are other ways to express the grief and loss associated with the loss of loved and familiar places such as inviting and telling the stories of those places. The processes whereby community values are gathered and translated into the planning scheme requirements of heritage protection are time consuming, lengthy and expensive.

Perhaps we over rely on the planning scheme for valuing heritage.

How timely it was that the Omega Project by street artist Rone, which remodels the last home standing at the site of the Yarra Bend Alphington housing development, should be open this week giving full  expression to an imagined life lived there.

Stuart Macintyre, chair of the Victorian Heritage Council, reminded us that the Heritage Act provides legal protection to places and objects important to the development and history of Victoria. He regretted that the Heritage Council is so busy fulfilling its statutory responsibilities that it has little spare resources to be more proactive in heritage matters.

Like any other collection of treasured objects, the Victorian Heritage Register has grown over time. It reflects the values and priorities – and the battles –  at the time of the nomination. He acknowledged that the Register is perhaps not as representative as it could be and that could perhaps be re-visited.

Port Melbourne has quite a number of places and sites on the Victorian Heritage Register given its role and relationship to the history of Victoria. The Register includes the leading lights (the beacons), Station and Princes Piers, the Port Melbourne Railway Station as well as terrace housing in Nott St, a shop in Stokes Street, and the first house built by the Housing Commission in Howe Parade.

The way heritage protection is playing out in Port Melbourne is that those areas covered by a heritage overlay remain largely intact – though challenged from time to time  – while outside of a heritage overlay buildings from exactly the same period as those in the heritage overlay can be demolished without a permit. It has led to an odd and sharp division between old (though old made new) and contemporary development, rather than revealing the process of change of time.

How can space be made for new development while protecting heritage – and is a balance possible?

Even as the Panel was underway, news was filtering through of the NSW Supreme Court’s ruling to overturn the decision by the former heritage minister in New South Wales who refused Heritage Council advice to protect the Sirius building in the Rocks in Sydney.