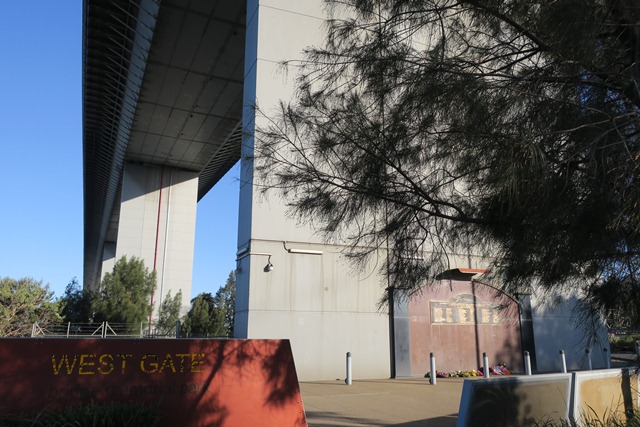 On Sunday 15 October I went to the 47th annual memorial of the West Gate Bridge collapse.

What makes that memorial so moving?

The gathering place at the West Gate Bridge Memorial

The tragedy led to huge improvements to workplace safety – all hard fought for and won by the union.

Fewer people die in construction across Australia each year now than in that single disaster. Nevertheless, 27 construction workers have died so far this year to 16 October 2017.1  The construction industry is the third largest contributor to all workplace deaths.

The commemoration reminded of some plaques I had seen riding around Port Places.

The circuitous bike path detour through the Convention Centre to South Wharf revealed this plaque on a concrete pillar supporting the freeway above. 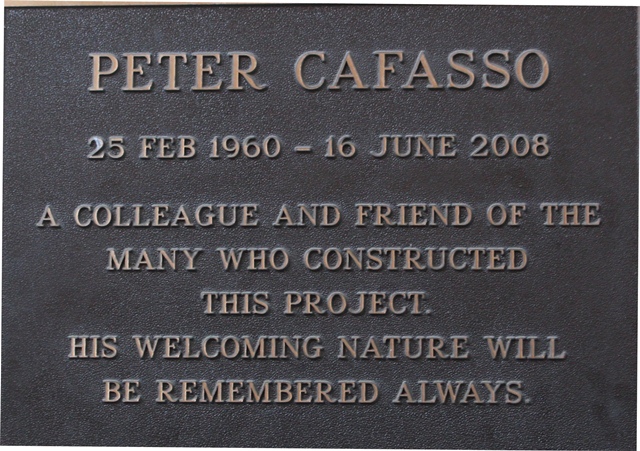 That’s all. The only beautiful detail recalled – his ‘welcoming nature’. It seems that an engineering scholarship was awarded at RMIT in his name for several years.

And on a planter box in Grant Street near ACCA a plaque in memory of Justin James O’Connor. 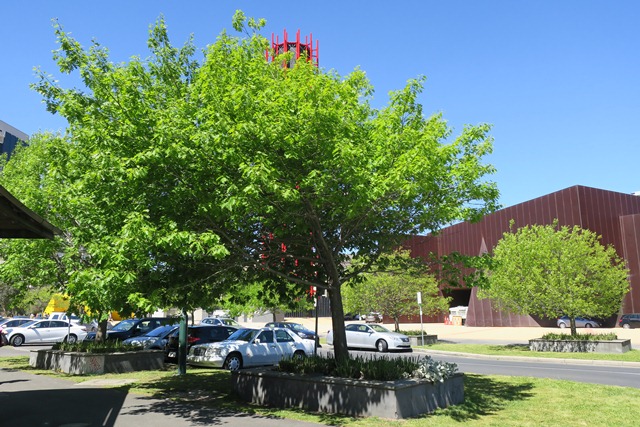 The exhaust stack of the City Link tunnel behind the tree

“Joc” O’Connor died working on the City Link project in May 1997. He was 28. He drowned in a relatively shallow hole that had not been fenced off. This account of his last minutes is harrowing. His death was avoidable.

O’Connor had apparently raised concerns about safety on site with his mother, but placed confidence in those employing him. Transfield was fined $15,000. O’Connor loved football and played for St Kevins.  A Perpetual Cup is played in his memory.

Two months later, his workmate Adam Dougherty, took his own life. He had been one of the first on the scene to assist O’Connor and continued to press concerns about safety after he died.

Ben Davis, Victorian Secretary of the AWU, speaking at the West Gate Memorial, urged the importance of ongoing vigilance on workplace safety with so many infrastructure projects underway. Above all, if workers have safety concerns they should be respected, heard and acted upon.

If you pass by that way, perhaps to see the mangroves at Stony Creek, do take a quiet minute to read each of the names on the Memorial.

I end this piece with this quote on Justin O’Connor’s plaque:

The West Gate Bridge Memorial website is an excellent online memorial. It includes photographs showing the Bridge as those two sections of the Bridge were reaching to meet with such fatal consequences.