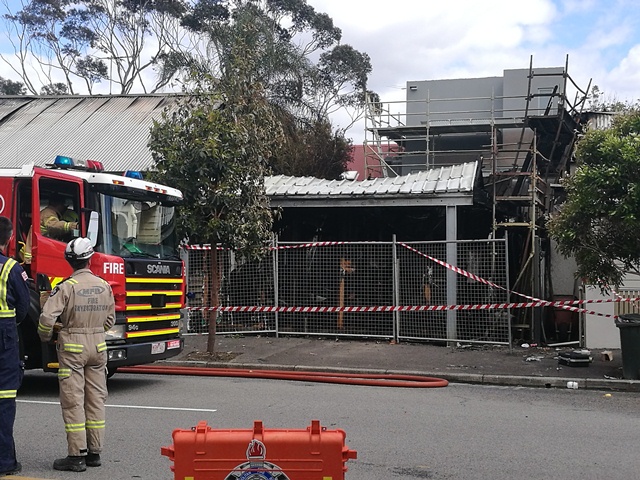 Observations on Port Houses in 2016

Fire in the Borough

The house under construction at 367 Princes St – site of a contentious planning application for this large property running between Princes and Station St – went up in flames in the early hours of November 25th. The fire also severely damaged the painstakingly renovated, almost hand crafted, house next door. Streets in Port not covered by a heritage overlay are making way for new houses. This is especially evident in Dow St between Liardet and Graham Sts. The ‘scarcity of land unencumbered by a heritage overlay’ was noted in advertising as an attraction to purchasers. Houses that don’t fit a pattern – the one-off, character giving places – are most likely to go.

The house that Claude Plumridge built at 166 Dow St, for example, was demolished earlier this year to make way for two townhouses. 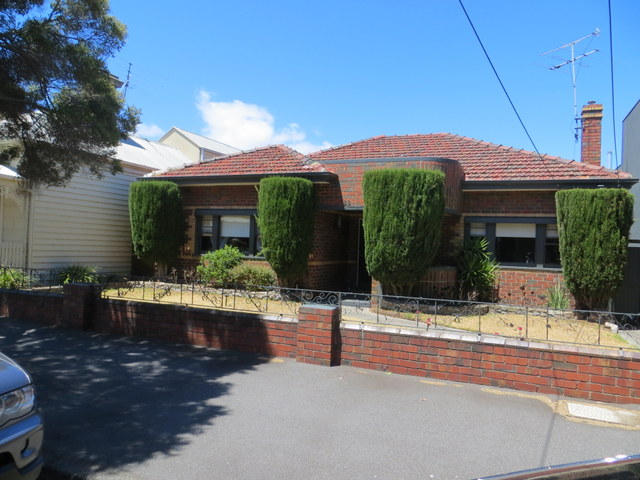 In the same block, it’s a toss up whether this large double-fronted house at 146 Dow St will be demolished or renovated. The advertising highlights the advantages of the land rather than the attributes of the house, suggesting the likely outcome. A rare vacant block at 186 Dow St that had lain vacant for more than twenty years sold at a premium $2,055,000. It had been in the same family for 112 years.
The six storey apartment block

Many sites south of Graham St, especially in Nott St, are making way for six storey developments – the inexorable working out of planning direction and policy developed in 1999 that earmarked the area for higher density development.

Only one house remains in Nott St between Beach and Rouse St –  the former home of Kevin Palmer who died this year after spending his whole long life in the same house. 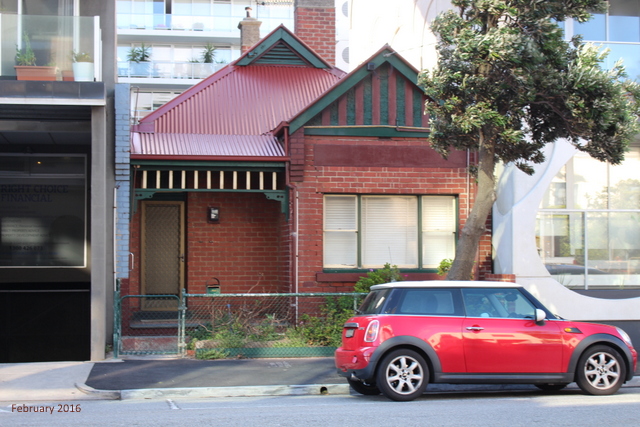 The most handsome block in Port Melbourne is shaping up to be that bounded by Beach/Esplanade East/ Johnston/Rouse St. Architects Wood Marsh have their office on the ground floor of Beacon, also in this block. They have been working night and day to complete the new MINT development before Christmas. The building does not include a basement carpark, opting instead for a mint themed screened carpark at ground level. 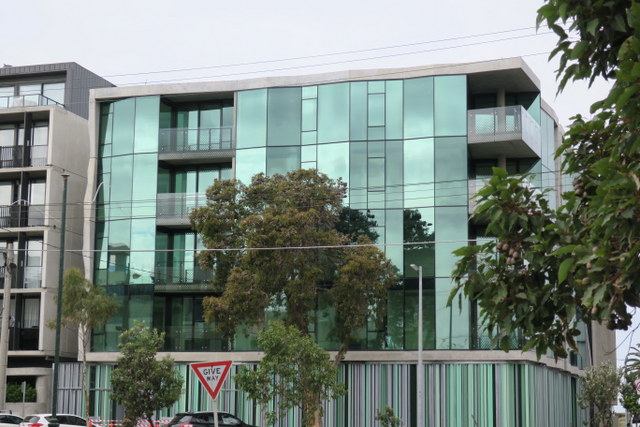 Wood Marsh are also the architects for another development in the same block, ALUMUNA, running between Johnston and Rouse St. Wood Marsh play with concrete as if its paper – creating interesting facades. Whereas MINT is in shades of green, Alumuna will be in shades of bronze. Both developments draw heavily on beach and bay imagery in their marketing. The apartments are large and there are fewer of them in each block. Unsurprisingly, they command premium prices.

The layer of buildings of the inter-war and post-war period are disappearing from Port since they do not have heritage protection. It is as if Port catapulted straight from the Victorian era into the 1990s.

The recent sale of Sandridge Motors suggests this deco styled building will disappear too. The service station on the corner of Salmon Street and Williamstown Road closed following a protracted EPA investigation into the source of a fuel leak. 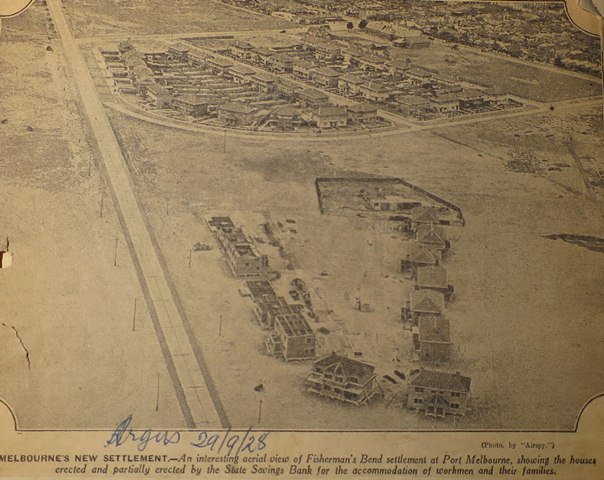 from A E Davies scrapbook

The influence of the Fishermans Bend project is revealed in advertising for new projects drawing on the old and the new: in Graham St ‘townhomes nestled in historic Port Melbourne and on the doorstep of the exciting new Fishermans Bend precincts.’

Throughout the year Third Street marketed a resort style development from a showroom on the prominent corner of Plummer and Salmon Streets. Although a dedicated heritage advocate never gives up hope of a protected building being restored, in 2013 it wasn’t looking good for the J H Kitchen & Son’s proud administrative headquarters. ‘Demolition by neglect’ seemed inevitable. When the proposed Sandridge School did not proceed, it was hard to imagine from which quarter its rescue might come. The Block acquired the site and lavished every care on the restoration of the building which is now tightly trapped between the wall to wall townhouses at 164 Ingles St.

Many of the houses that were demolished sat in gardens with a mixed array of plants – shrubs, small trees and flowers, quite often overgrown and neglected once the fate of the houses is determined.

This year I began a mild inventory of the plants in gardens prior to demolition. Inevitably, the landscape that replaces that which was lost is much less diverse, less extensive. Public parks and nature strips are called upon to supply the nature deficit. the garden setting of 100 Nott St

And no – the house on the corner of Bridge and Nott St is still not finished. Maybe by the end of 2017.