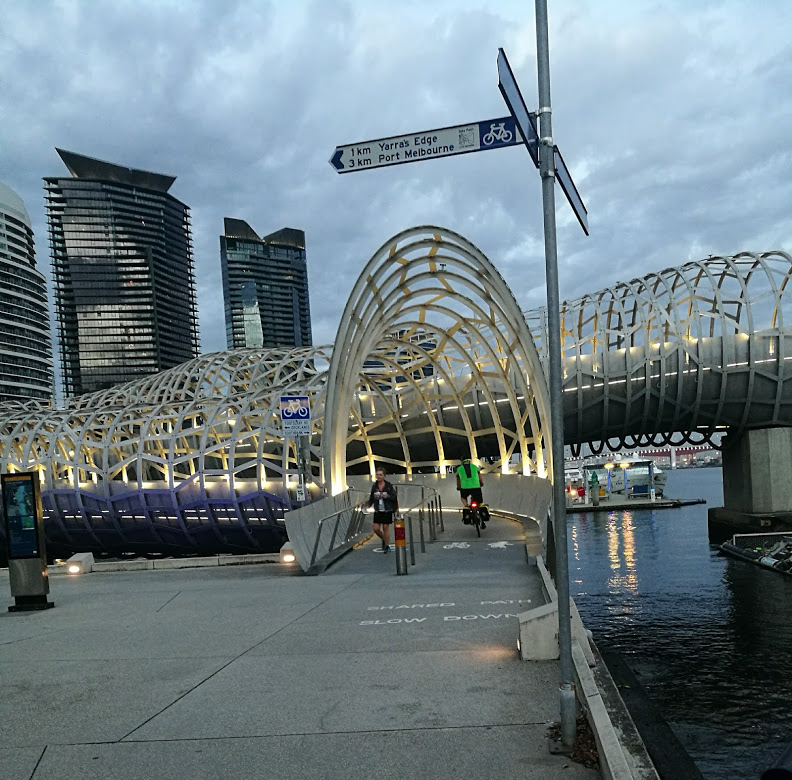 Riding in the city

I ride a bike. I like riding my bike. There are so many reasons why I do.

Yet at the same time riding is fraught with risk and frustration.

Progress has been made

Port Phillip’s off road paths along the foreshore and through the Railway Reserves have been in place since the early 1990s and serve riders well. Bit by bit, year by year, the City of Port Phillip adds to safer crossings on routes to schools. This investment and Council support has led to Port Phillip having the highest rate of school participation in Ride2School Day in Victoria – 16 out of 19 schools. The bike parking at all campuses of Albert Park College is overflowing. Serious injuries to cyclists in Port Phillip have declined from 42 in 2014 to 17 in 2018.

It has been observed that only when there is equal gender participation in cycling, can you be said to have reached that holy grail of a cycling city.

We’re a long, long way from that.

Site 448 at the Eel Bridge in Yarra’s Edge is the place where many cyclists make a sharp turn heading towards workplaces in Fishermans Bend.

Wayfinding and connections to Fishermans Bend from the City by bike are very poor. The road environment is hostile.

The objective in the Framework is for Fishermans Bend to be ‘an exceptional place to cycle’.

To achieve that objective it will be essential to strengthen the connections between the City and Fishermans Bend and make riding safer.

Jan Garrard Bikes as transport: getting Australian women along for the ride The Conversation August 11, 2011