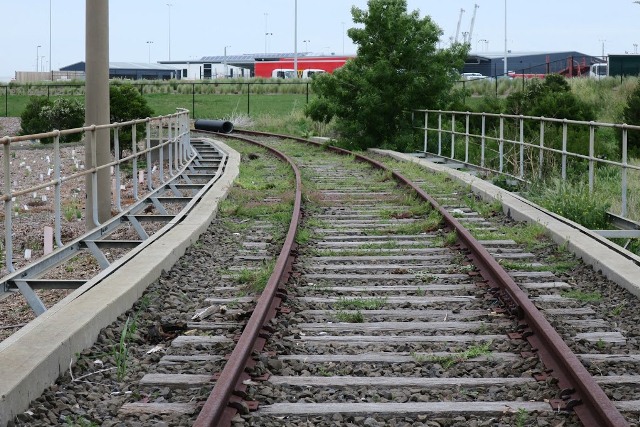 Freight on rail – who can argue with the proposition?

It’s easy to agree that it would be ideal if containers were loaded onto trains and whisked efficiently away from the Port with minimum disruption to the amenity of surrounding communities.

In practice, finding a route for rail corridors from the Port has not been so easy.

As early as 1952, at the very beginning of the development of the River Entrance Docks (now Webb Dock), the Co-ordinator of Transport asked the Victorian Railway Commissioners to start looking for a route for a railway to connect the new docks with the railway system.

And that was before the container revolution. (Melbourne’s first container berth opened in 1969)

The first route proposed was along Howe Parade in Port Melbourne which was gazetted as a railway reservation in 1968.  That did not go down well in Garden City and following opposition from residents another route was sought. It is a reflection of how decision makers saw Port Melbourne in the 1970s that such a route was even contemplated.

‘this extremely positive reaction against the Howe Parade rail link is in part due to the local community’s awareness of the threat. Rumour, newspaper reports, rallies and other sources of influence on opinion have helped to foster the feeling that an industrial rail link ought not run through the centre of their residential area.’

The second proposal, for a route along The Boulevard was equally unpopular. A range of options for the Boulevard were contemplated: surface depressed, modified depressed and underground. Residents got down to the foreshore and planted native trees and bushes in protest.

The community favoured a route through the industrial area of Fishermans Bend.

By June 1980, the Government had publicly rejected any future consideration of The Boulevard as a rail link to Webb Dock.

The search was still on.

In 1982, the government’s State Development Committee was asked to look at land transport to Webb Dock (both rail and road) and to recommend a preferred route and the means of funding it. Finally a route was agreed – the current alignment along Lorimer Street, behind the aircraft factories (now Boeing) and under the Westgate Bridge.

By now there was a sense of urgency about delivering the project. Construction of the Webb Dock Rail link began in 1984. It was jointly financed by the State Transport Authority, the Port of Melbourne Authority, and the Australian National Line. The Rail link opened in February 1986.

It is said that the railway only operated a handful of times before being closed to facilitate the development of the Docklands area.

All traces of the railway were removed from Port land during the Port expansion project. The railway line now ends abruptly at the Port boundary in Westgate Park.

End of the line for the Webb Dock railway 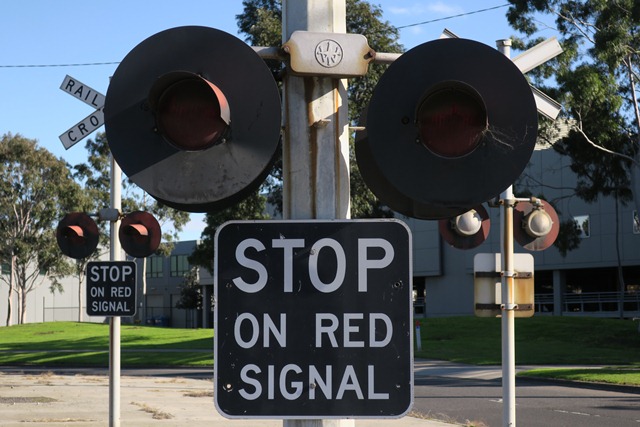 It’s a long time since trains have passed this way 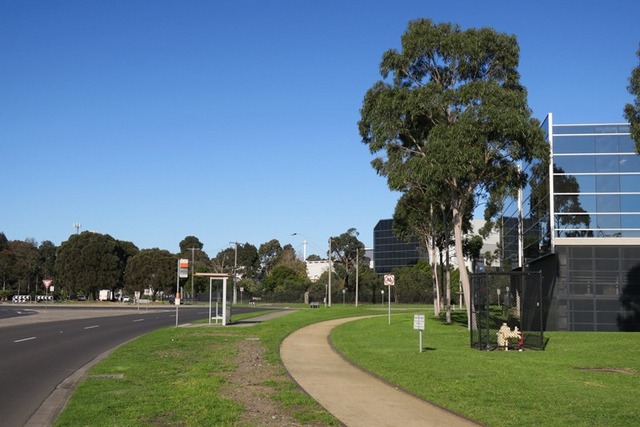 The recently expanded Webb Dock was not designed with rail freight in mind. The Port argued that most freight is destined for places within metropolitan Melbourne, undermining any efficiency gains from rail freight. Instead, the roads were upgraded to take truck traffic seamlessly onto the M1 corridor.

The full effects of freight traffic when the new container terminal at Webb Dock becomes operational have yet to be understood.

Freight traffic and residential amenity have never been and are unlikely ever to be a happy mix.

Within three years, the new Port operator is required to prepare a Rail Access Strategy capable of being implemented five years after being submitted to the Minister. In the light of recent history, that seems ambitious.