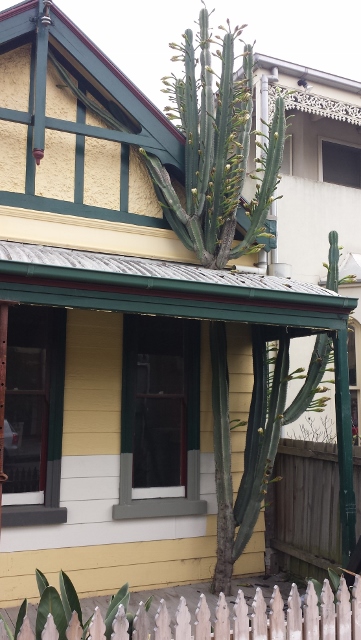 Has this cactus ever flowered before? No one round here can remember seeing it bloom. This determined plant has grown through decking and verandah.  A phenomenon, yes, but until now you would hardly have called it beautiful.

The cactus is in full bloom with buds and flowers so luscious it makes a rose look bland.

The FOR SALE sign obscures the view of the cactus – suggesting it was not attractive to a potential buyer.

The house at 45 Swallow St was sold on 13 December 2014 for $1,237,500. The advertising pitch ‘ripe for renovation or a complete re-build’ suggests the direction this house is heading in, as does ‘not protected by a heritage overlay’, code for demolition.

In an increasingly generic world, features like this stand out, give character to a place. How old is this plant? No one seems to know. 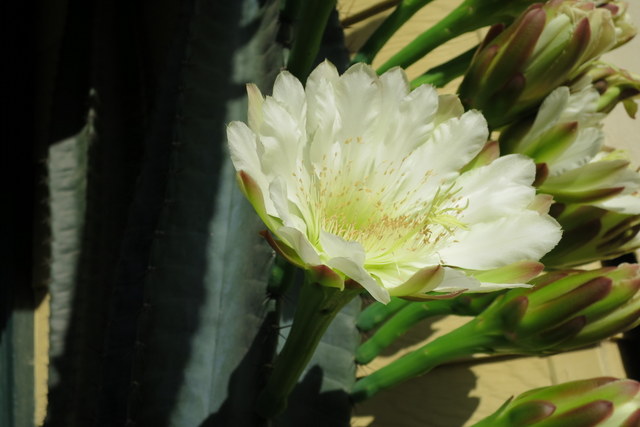 When the land behind the Port Melbourne’s Piers was earmarked for redevelopment in the 1980s, the houses in Swallow St were identified for compulsory acquisition. Residents received acquisition notices in 1987. This didn’t go down well with some residents of Swallow St. Resident Senator Olive Zakharov had the words ‘Not for Sale’ painted on her roof. 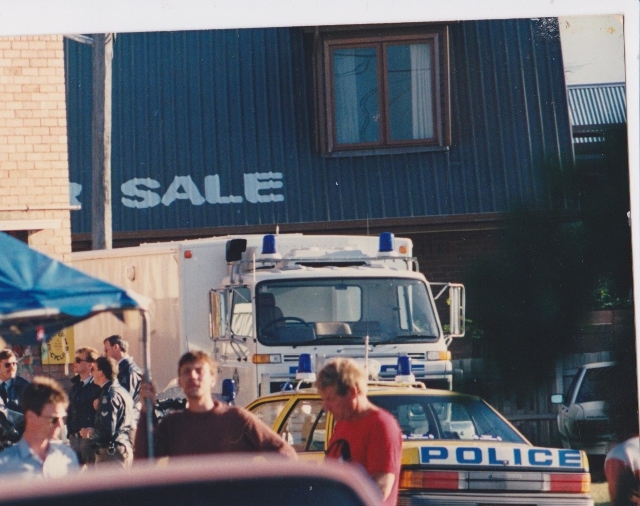 When I became Minister for Administrative Services, … there was a development, a port development, to be done in Port Melbourne, and there was only one street left of residentials we’d called Swallow Street. And I had some Commonwealth land I refused to transfer to the state unless they gave consideration to the residents of Swallow Street.

After a concerted campaign, the houses were not acquired, and Swallow St was later incorporated into Mirvac’s Beacon Cove.

For many difficult years Swallow St was a long island in a sea of site clean-up and the subsequent development of Beacon Cove.

Is this wild flowering also a site of protest?

Thanks to John Lewis for the idea for this piece