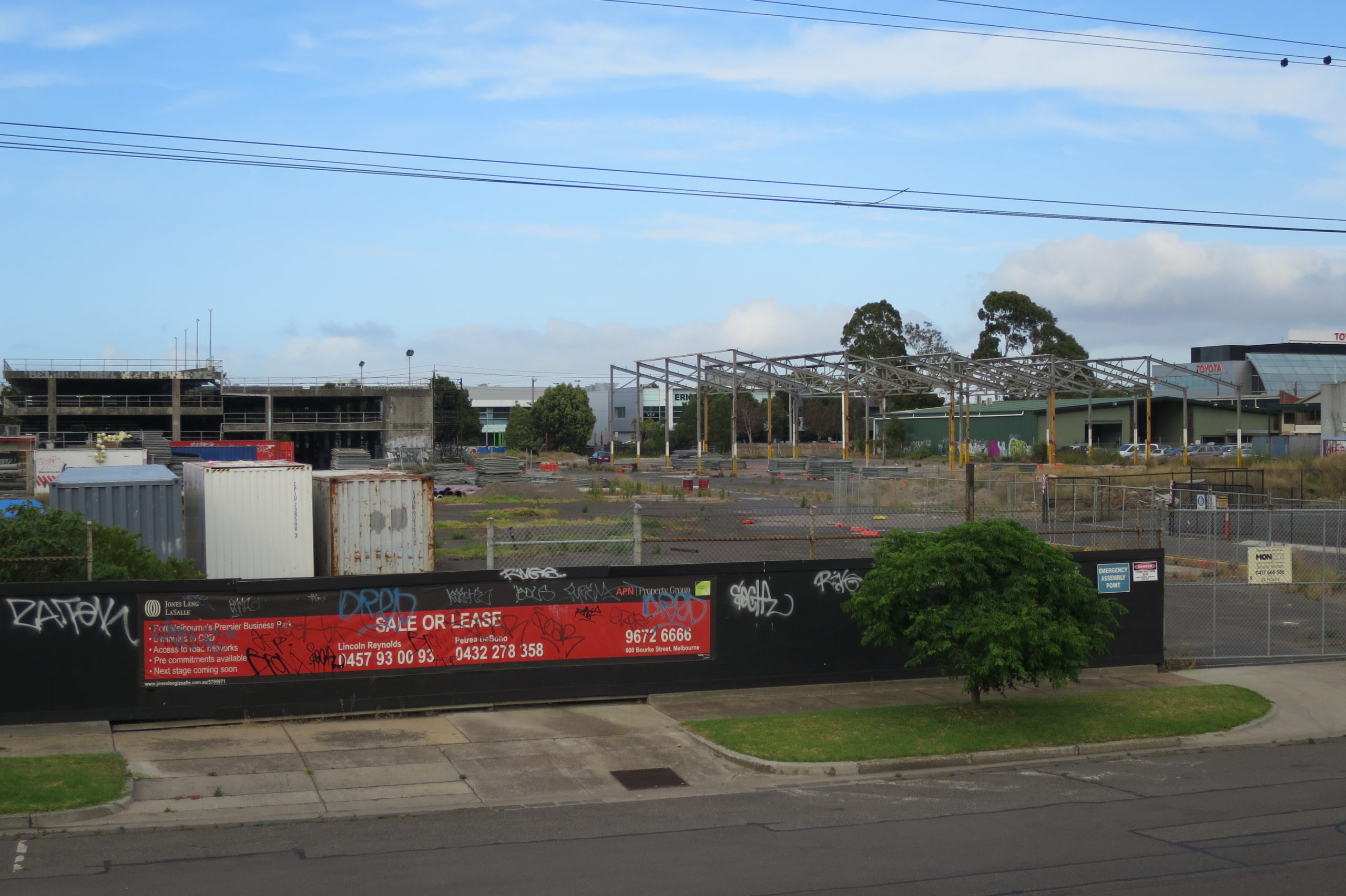 The best things about Docklands are its walkability*, excellent public transport and convenience to entertainment and services, according to residents who participated in an open conversation at Library at the Dock on 8 December.

The forum to talk about what has been learned from Docklands and Southbank was convened by the Fishermans Bend Network, with the Inner Melbourne Planning Alliance, the Urban Design Forum and the Planning Institute of Australia.

The failure to provide community infrastructure early, the paucity of green space, and traffic congestion on entering or leaving the area.

Keep these themes in mind.

The following day six planning applications for the Fishermans Bend Urban Renewal Area were put before the City of Port Phillip planning committee.

As you would know, under the Capital City Zone which covers Fishermans Bend, there are no formal requirements to let people know or participate in planning decision making – unlike for a development in your neighbourhood. The City of Port Phillip is also not the decision maker for these applications but is invited by the Minister for Planning to give advice on applications.

Good advice is given – will it be heeded?

While statutory planning reports may not be everybody’s idea of riveting reading, a review of the report for the application for 261, 271-281 Ingles St shows Council officers examining the detail of the application for where it fails to add anything of value to the public realm, and where the development proposal benefits future residents at the expense of the broader public. However, in this case, its guidance has strongly influenced the critical assessment of this proposal.

‘Ease of movement by public transport, walking and cycling will be a defining characteristic of Fishermans Bend. (SPF Key Element 2)

The application for 261, 271-281 Ingles was found seriously wanting according to these important tests.  There are certain fundamental preconditions for supporting walking – such as providing the basic infrastructure – a footpath, and making the connection between two points as direct as possible. These conditions are not satisfied in this application.

The officers also found ‘the layout site design is internally looking – The internal road had the potential to be closed off – it needs to be a public road.’

With the drastic shortage of open space in Fishermans Bend, every skerrick has to play its part. The park spaces put forward in this proposal failed to connect in a coherent way with the network of open spaces proposed in the Strategic Framework Plan and appeared to serve residents of this development exclusively, rather than contributing to the open space network. Some of them are likely to be over shadowed by future development.

In understated planning-speak, the officers recommend ‘that we do not accept the road or the soft/hard forecourt spaces as open space contribution’.

The proposal abuts the Ingles St bridge – the connection across the Westgate Freeway between the Sandridge and Lorimer precincts and the most direct access to the Yarra River. There is no footpath on the bridge on the side of the development.

The mechanisms by which this important linkage could be upgraded are not clear.

Perhaps the urban art contribution could be directed towards improving the underpass environment which has worked so well at Graham St. No footpath on the development side of the Ingles St bridge

One of the three towers proposed is 51 storeys which would be the tallest building in Fishermans Bend.

In April 2015, Minister Wynne introduced interim planning controls for Fishermans Bend. The tallest building permitted under these controls is 40 storeys. The controls covering this site are for a mandatory 18 storeys.

Height controls are currently being reviewed and the outcome of that review is uncertain.

The officers conclude that ‘it would be inappropriate to approve the tallest building in Fishermans Bend whilst a review of heights was being undertaken’.

They have landed on recommending 40 storeys. You could say there is an argument for 18. We’ll keep an eye on what the Minister finally decides.

If we want future residents of Fishermans Bend to nominate ease of walking as a valued attribute of where they live, the requirements of the Strategic Framework Plan must continue to be upheld and supported. The review of planning controls for Fishermans Bend is also eagerly awaited.