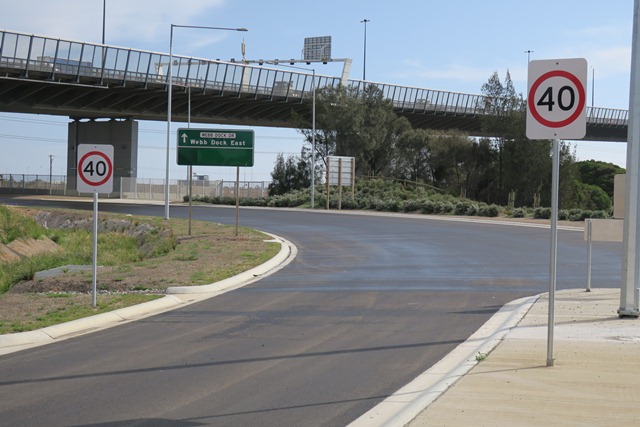 Another truck crashed into the Montague Bridge. A crash on the Westgate Bridge at 12.45pm caused traffic chaos until evening. Facebook’s early morning announcement that it was the first day of autumn raised expectations of mellow warmth. Instead, it was 34 degrees at 3.30 pm. The combination of hot weather and traffic chaos led to crowded public transport and extreme commuter frustration.

Planning Minister Wynne and local member Martin Foley fronted a meeting of over 300 people to press the ‘restart’ button on the Fishermans Bend’s urban renewal project.

The Forum was held in the North Port Oval’s new facility – a fine example of the sort of flexible multi-use space that will be needed in Fishermans Bend.

Engagement with the community is back. Minister Wynne reaffirmed his maxim that ‘there can be no good planning that doesn’t have the voice of the community in it’.

He made it clear that good design and amenity for all apartments was important to him in any permit he approved.He noted that several applications had been significantly improved in this regard.

Progress is strong in the Ferrars St precinct in Montague. Planning for the primary school is well advanced. Community facilities are incorporated within the school which is next to the newly acquired – and ridiculously expensive – public park.

The tram bridge at Point Park is off the agenda.

But the challenges have not gone away.

If the bridge is not to be in this particular spot, then where?

The well of goodwill in the meeting will be heavily drawn upon as the reality of the challenges is confronted.

One road closes and another one opens

The Port of Melbourne has used every method in the community engagement toolbox through the Port Capacity Project, as befits such a major project. The Port’s weekly bulletin advises of works ahead but after a while even the most helpful bulletin becomes just one more email in the inbox.

But this week’s bulletin contains momentous news. Ever since the Graham St offramp from the Westgate Freeway was closed as part of the Bolte Bridge works, truck traffic has been a serious concern for people living on Williamstown Road. The Port has always maintained, on the basis of a number of studies, that only a very small proportion of the trucks is Port bound traffic. That’s not accepted by nearby residents.

The number one item on the community wish list for the Port Capacity Project was for this problem to be addressed.

Well – this weekend, work begins on closing the entry to the Port of Melbourne from Williamstown Road.*

At the same time, the finishing touches are being applied to the fresh new roads that will exit and enter the Port directly to the M1 freeway.

The real test of how these arrangements work will come when the container port becomes operational – expected to be by the end of 2016.

Yesterday’s crash highlighted the vulnerability of relying on the Westgate Bridge.

Legislation to lease the Port for 50 years passed the Parliament. In his second reading speech the Treasurer, Tim Pallas made undertakings to “work with the leaseholder to manage traffic around the port.”

He said that “Lease proceeds will go to the Victorian Transport Fund to pay for a range of transport projects and to support projects that help relieve traffic congestion and improve access to the port.”

*The ‘gate’ will be openable for the apparently few number of very large  items that cannot access the Port any other way.