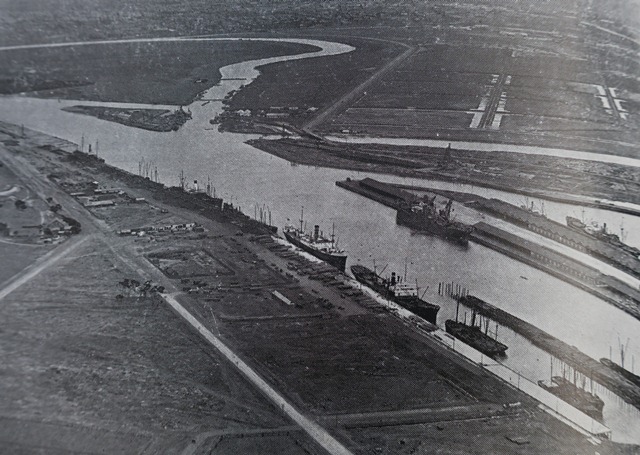 Two stories of the River

I’m charmed by his expression and the presentation. The tome includes tablecloth sized maps, friezes of ships decorate the pages, and each chapter leads with a Port themed letter. 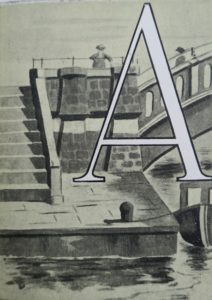 Hoare was a spry and optimistic octogenarian when he wrote it. A year before its publication, he wrote

I have health I can treasure, and love beyond measure, Quite transcendant at green eighty-four1

His long experience as a leader writer for the Age stood him in good stead. It is likely he would have covered many of the debates about the Port in his time at the Age since the future of Melbourne depended on the Port – not as essential as fresh water but not far behind.

The difficulties of navigating the River Yarra had become more pressing after the gold rush. The shallow convoluted course of the River made shipping impossibly slow. It had become even more untenable as larger ships visited Melbourne. It also added expense arising from double handling of goods that were landed at Sandridge (Port Melbourne) and transported to Melbourne.

‘A vast number of big questions confronted’ the newly constituted Melbourne Harbor Trust when it began work on 1 January 1877, chief among them being improving navigation for shipping and addressing the catastrophic flooding which had periodically affected the early settlement.

The Trust wasted no time in engaging eminent British engineer Sir John Coode for 5,000 guineas to give advice on the ‘gigantic engineering questions to be encountered’. After consulting with various local experts (and opinions) and commissioning further studies, Coode recommended cutting a canal across the Sandridge flats ‘to avoid the great detour known as “Fishermans Bend” to create an ‘even curvature for the present sinuous track’. The distance between port and bay was reduced. He also recommended creating new docks out of the eastern part of the West Melbourne swamp.

I love that in my copy of the book, this seminal plan is inserted upside down (but here it is reproduced the right way up). 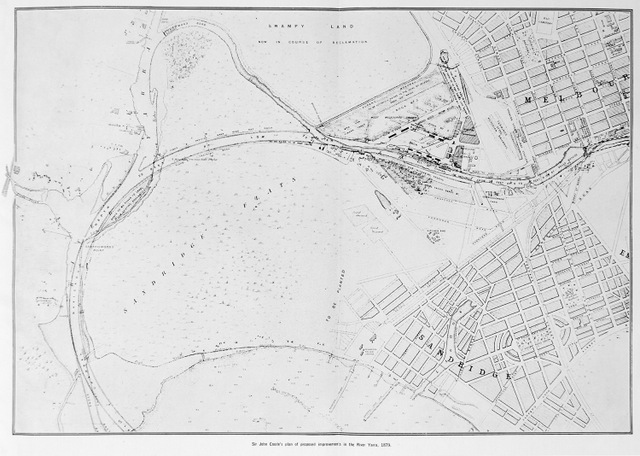 The recommendations were ambitious and audacious in scope yet readily accepted by the Trust. And implemented. It reflects how urgently the works were needed.

It took only took two years for the canal to be dug. In 1886, Sir Henry Loch, in the company of other ‘influential people’, released water into the canal. 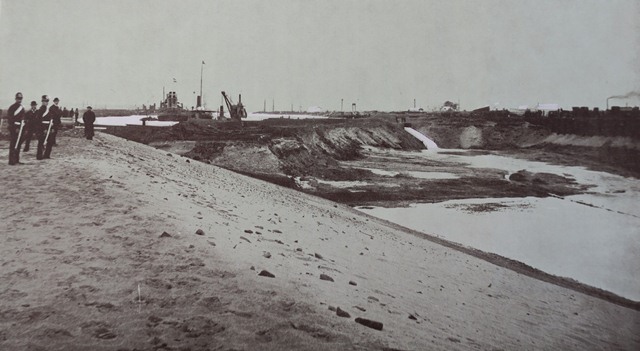 The former course of the Yarra was progressively filled in. It’s hard to find now and barely marked.

showing the former course of the Yarra in the background, the canal in the foreground

Port Melbourne Historical Society colleague Margaret Bride observed recently that we live in a post-Coode world, yet few Melburnians know it. Coode’s canal has become the Yarra River. Coode’s changes dealt effectively with flooding. Silt removed from the canal built up the low-lying lands on either side of the River and enabled the future development of Fishermans Bend.

An incredible feat of engineering.

Recently I listened to Dean Stewart guiding ABC listeners around Queensbridge where the Falls separated the salt from the freshwater at the time of settlement. The Falls were also an ancient meeting place and crossing point of the Birrarung, as the Yarra River was then known.

Stewart talks about the ancient history and practices of custodianship of the River and how periodic flooding brought forest floor filtered water down the River that spread over the low lying lands bringing birds and wildlife in abundance.

All that was lost through Coode’s improvements and the former course of the River has been all but erased.

I highly recommend listening to Dean Stewart so that these two parallel histories can always be held in mind as part of knowing our place.

Here it is: Dean Stewart on  Last half hour: Ancient Places Melbourne This week we travel along the Yarra River and visit the site of first contact. Blueprint for Living, ABC Radio National

Benjamin Hoare  Jubilee history of the Melbourne Harbor Trust : compiled from the original records of the Trust and from the Victorian Hansard

1Benjamin Hoare A selection of various affectionate passages in a twenty-seven years union of supreme happiness / by Benjamin Hoare. State Library of Victoria