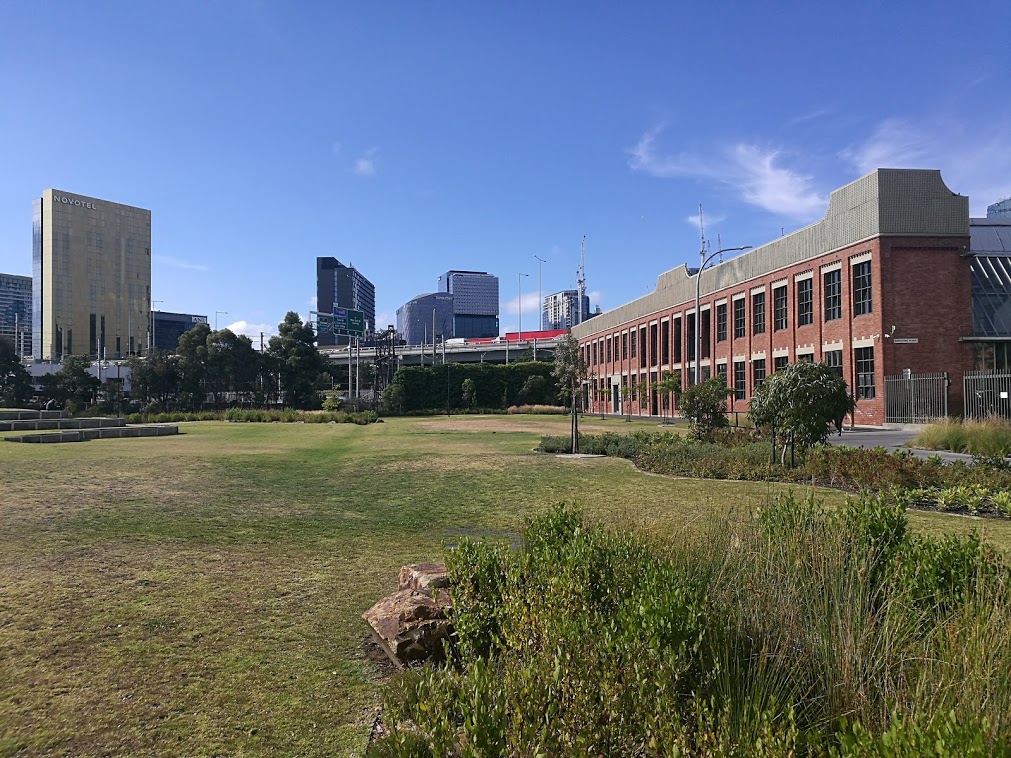 Montague: A community lost and found is a respectful tribute exhibition to the former residents of this small pocket of South Melbourne. It is also an important record of a period and a place which has not been documented before.

The exhibition is in several parts: streetscapes, themes, family stories and a documentary film of interviews with 10 former residents.

A quick refresh: Montague became part of the new Fishermans Bend in 2012 even though since the foundation of the suburb in the 1860s it had always been part of South Melbourne. This mattered deeply to people who had once lived there even though it may not seem so important to you. Montague was renowned for its strong community spirit forged in hardship. That community was dispersed when the imperative of slum reclamation took hold. Industries replaced houses.

The suburb was small – consisting of just a few principal streets intersected by many laneways. It was bounded by City Road, Boundary St, the railway and Ferrars St (Ferrers rather than Ferrars St). The purple marker shows the location of the Montague st rail bridge, now the most well known feature in the area.

The starting point of the exhibition is a series of Montague streetscapes from the City of Port Phillip collection by A H Williams. The photographs show residential streets with small houses side by side – just like in neighbouring Port and South Melbourne.

Not one of those houses is still standing.

Although every attempt has been made to identify the streets segments, there is still an element of uncertainty since the scenes they capture disappeared so very long ago.

The streetscapes are given context by thematic introductions illustrated by photographs. Flooding, such a dominant theme in the life of low lying Montague, receives attention. A photograph shows the site of the new Kirrip Park under water. Only the Union Can factory, to the right hand side of the photo below, provides continuity and orientation in this altered landscape.

The most intimate part of the exhibition is a collection of photographs and stories from former residents giving insight into the lives led by people growing up in Montague from the 1930s.

St Barnabas Anglican Church with its many associated buildings and services once occupied a very large site on the south east corner of Buckhurst St. The first free kindergarten in Victoria was established there before the first World War. The manse also had a large unkempt garden with large trees which is fondly recalled. The church complex disappeared in the ’60s. No one has been able to find a picture showing the whole church, not even in the church archives. Part of the church can be glimpsed in the background of a wedding photograph.

Former resident Mr Plumb returned to the word ‘complete’ when talking about Montague – the shopping was complete, the community was complete suggesting that it met all of a person’s needs.

It was chilling to see the Housing Commission of Victoria’s stamp condemning 13 Buckhurst St as ‘Unfit for Human Habitation’ even though deferment was to be offered.

The houses were progressively demolished until Ken Page remembers his family’s home being the last house left standing in Thistlethwaite St. From being full of community life, it became ’empty. It was a lonely place’, he said.

Having been exposed to a little of the nature of Montague, you’re ready to sit and watch the half hour documentary of interviews with former residents.

As Tom Griffiths wrote: “It is a historian’s job to release reality, enable it to be seen, enable voices and silences to be heard.” That is what has been accomplished in this beautifully curated exhibition.

It is essential viewing for anyone living in, moving to, or developing in the new Montague precinct of Fishermans Bend. To borrow Mr Plumb’s words, it is ‘complete’.

Montague: a community lost and found is on at the St Kilda Town Hall (enter off Carlisle St) until 29 January. The film will soon be made available.