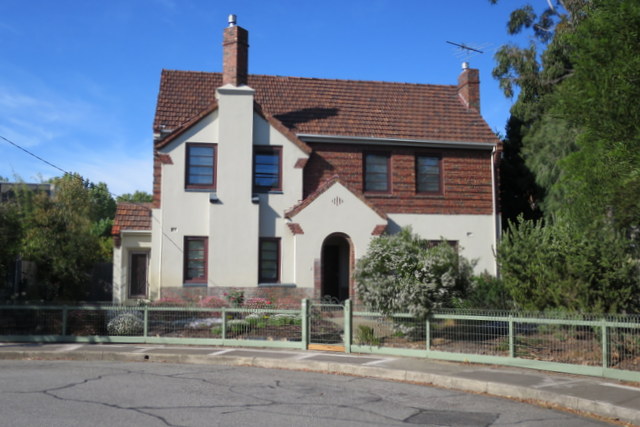 Until the 1920s Port Melbourne residential development was largely confined to the area between the railway lines, the former Sandridge lagoon and the Bay. Beyond the piers towards the River were large tracts of crown land, some reserved for Port purposes. The land was seen as good for nothing much, until housing advocates saw that it could be beneficially used for housing.

Port Melbourne was bursting at the seams and these swathes of unsettled crown land were seen as an obvious opportunity for creating affordable housing of which there was such a chronic shortage. From the end of the First World War onwards, Fishermans Bend land came to be used for a series of pioneering housing schemes.

Each one of the projects briefly summarised below was only realised after years of persistent campaigning and the efforts of outstanding advocates for affordable housing.

J L Murphy, who represented Port Melbourne in the Legislative Assembly from 1917 to 1942, was a forceful advocate for affordable housing, regularly addressing public meetings and leading deputations to make the case for Fishermans Bend to be opened up for worker housing.

The Housing and Slum Reclamation Act of 1920 created a legislative framework that enabled the State Savings Bank to kick start the construction of houses by making affordable loans available. Emery, the manager of the State Savings Bank, visited England to study the Garden City estates of Welwyn Garden City which provided the model for the bank houses in Port Melbourne. The houses were to be available for purchase only to those of ‘small means’ who didn’t already own a home. By September of 1926, the first 34 bank houses were under construction after considerable preliminary work on preparing the levels after years of sand extraction. On the basis of their early success, the scheme was extended. Economies were achieved through providing just six standard house designs and building the houses in pairs, but all were to have a garden reflecting the Garden City ethos – an antidote to the dense, over crowded inner city. The estate was built westwards, interrupted by the Second World War, and only completed in 1948.

Providing a healthy alternative to the overcrowded and insanitary housing conditions in the inner city was the focus for housing reformer Oswald Barnett through the 1930s. Barnett, an accountant, was a systematic and persuasive advocate. He documented housing conditions with photographs, accompanied by graphs and statistics, making the case over and over again. The Country Party, led by Albert Dunstan, was in power at that time supported by the Labor Party which wanted housing reform. Barnett recalls taking the Premier out to see housing conditions for himself – making sure the site visits were made known to the press. He took the official party to places a car could not access so that the Premier had to get out of the car, and experience the conditions at first hand.

The houses that resulted from this advocacy were built off Graham St to designs by Percy Everett, the newly appointed Chief Architect to the Public Works Department. An eclectic corner of a range of styles including Tudor and English cottage contrasted, perhaps deliberately, with the rather stern, grey cindcrete bank houses across Graham St. Although in pairs, they were made to look like one home. The 46 houses did not make a dent in the supply of housing for affordable rental. Some regarded it as a token gesture.

Nevertheless, it was significant for being the first housing built by the state of Victoria for rental. The Housing Commission of Victoria was created as a result of Barnett and his colleagues advocacy – a mighty achievement of committing the state to the supply of public housing for rent.

A crown grant of 55 acres of ‘sandy waste’ was made for the construction of 376 new dwellings at Fishermans Bend. This estate was the first designed and delivered by the newly formed Housing Commission of Victoria. The design of the estate layout was put out to a competition and panel of architects designed the houses. An ‘ordered variety’ of design and materials was used to break up the appearance of the estate. The houses were generally constructed in pairs providing savings on walls and construction. Novel construction methods were used for the first time. The first experimental concrete panel houses were built in Howe Parade, the first of many thousand later produced at Holmesglen Housing Factory and culminating in the Housing Commission’s tallest project, Park Towers.

The significance of the estate is described in the City of Port Phillip guidelines as being the ‘physical expression of the genesis of public housing in Victoria’ and ‘a unique demonstration of the concepts of planners of the time, not so comprehensively expressed anywhere else in Australia’.

These houses, or rather the land surrounding them, are now highly prized and attract sale prices of way over $1m. All are protected by heritage overlays which require the retention of the front, street facing parts of the houses. In many cases, those modest, plain dwellings are overwhelmed by the additions to the rear. The gardens that were such a core part of the Garden City philosophy have been paved over or covered by very large extensions.

Recognising the need for housing for couples without children, the Fishermans Bend annexe, also sometimes known as the Quartets, was built by the Housing Commission of Victoria in Williamstown Rd.

During the second World War, the United States army erected sheds along Beacon Rd and the Boulevard to store and supply the military campaigns in the Pacific.

By the 1970s, the sheds had deteriorated and become a source of recurrent complaint. Archie Todd, a Port Melbourne Councillor and member of the Legislative Assembly, was determined that the land should be used for housing but it was reserved by the Port for a possible rail link to connect emerging Webb Dock with Port Melbourne’s piers and the railway network. His patient correspondence with various agencies grew increasingly, but always politely, irritated. The rail reservation was finally lifted and the Barak Rd public housing estate was built, opening in 1982.

The estate is made up of three storey walk ups with generous space open space between them, a reaction against public housing tower blocks like Park Towers. The plaque on the wall bears these important words ‘these units were built by the Ministry of Housing in collaboration with the City of Port Melbourne’. 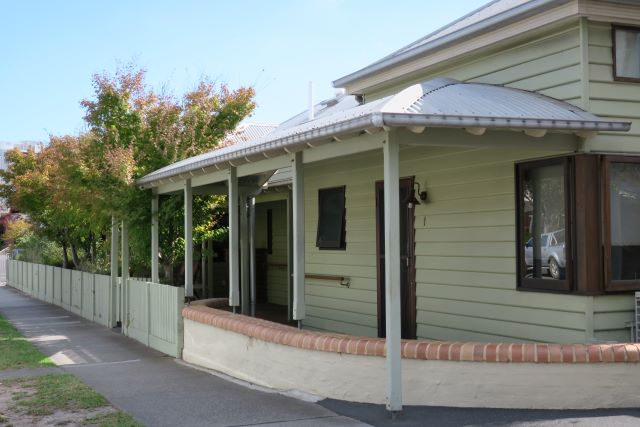 Bryan Lippman was impelled to find a way to house elderly people at risk of homelessness after his experience working at Gordon House, the homeless shelter once located near Polly Woodside.

Wintringham honours the name of Tiny Wintringham, a homeless man who resided at the original Gordon House in Little Bourke Street. When it appeared that Gordon House was to be closed, Tiny gathered support from government, unions and the media which resulted in Gordon House being rebuilt on the banks of the Yarra River.

Through Lippman’s advocacy, the first Wintringham Hostel was built on land that was part of the Bayside site, later to become Beacon Cove. Lippman pioneered the Wintringham model to create home like environments that exude warmth, care, dignity and inclusion.

These briefest of summaries are telling. These housing experiments were made possible by the availability and grant of crown land. Each of them only came about after years of determined, unremitting, patient campaigning by advocates of the greatest integrity and sense of purpose. Those advocates were persuasive enough to initiate new housing models that had never been entertained before, create new legislation and state agencies and secure investment in affordable housing.

Now we think of Fishermans Bend as the renewal area on the other side of Williamstown Rd. There are no longer swathes of government owned land available. Most of the land is in private ownership. The Fishermans Bend Framework encourages 6% affordable housing while density uplift is offered as an incentive to encourage social housing. Encourage, as anyone with any experience of the planning system rues, does not mean mandate. Some affordable housing has been secured in the finalisation of planning approvals for several sites on Normanby Rd.

So fanfare for the broad coalition of advocates from housing and homelessness services, housing research bodies, housing academics and their students, peak bodies, tenants associations and the property industry. And not least among the advocates, acknowledging the role of Minister for Housing, Richard Wynne, an unwavering supporter of social housing.

Their sustained advocacy over many years has found its time and expression in the recession that followed the COVID-19 pandemic.

*please note that the names given to these estates were given by the planners who planned them, rather than the people who lived in them.

Peter Mares Housing the Australian Nation – a series of podcasts on Earshot, Radio National (May – July 2020)

This map shows the location of the housing and the relationships

Affordable housing is a broad term describing housing suitable for the needs of a range of very low to moderate income households and priced (whether purchased or rented) so these households can meet their other essential living costs. (for further information, please refer to the definition in the Planning and Environment Act 1987.
Social housing

Social housing is an umbrella term that includes both public housing and community housing that involves some degree of subsidy.